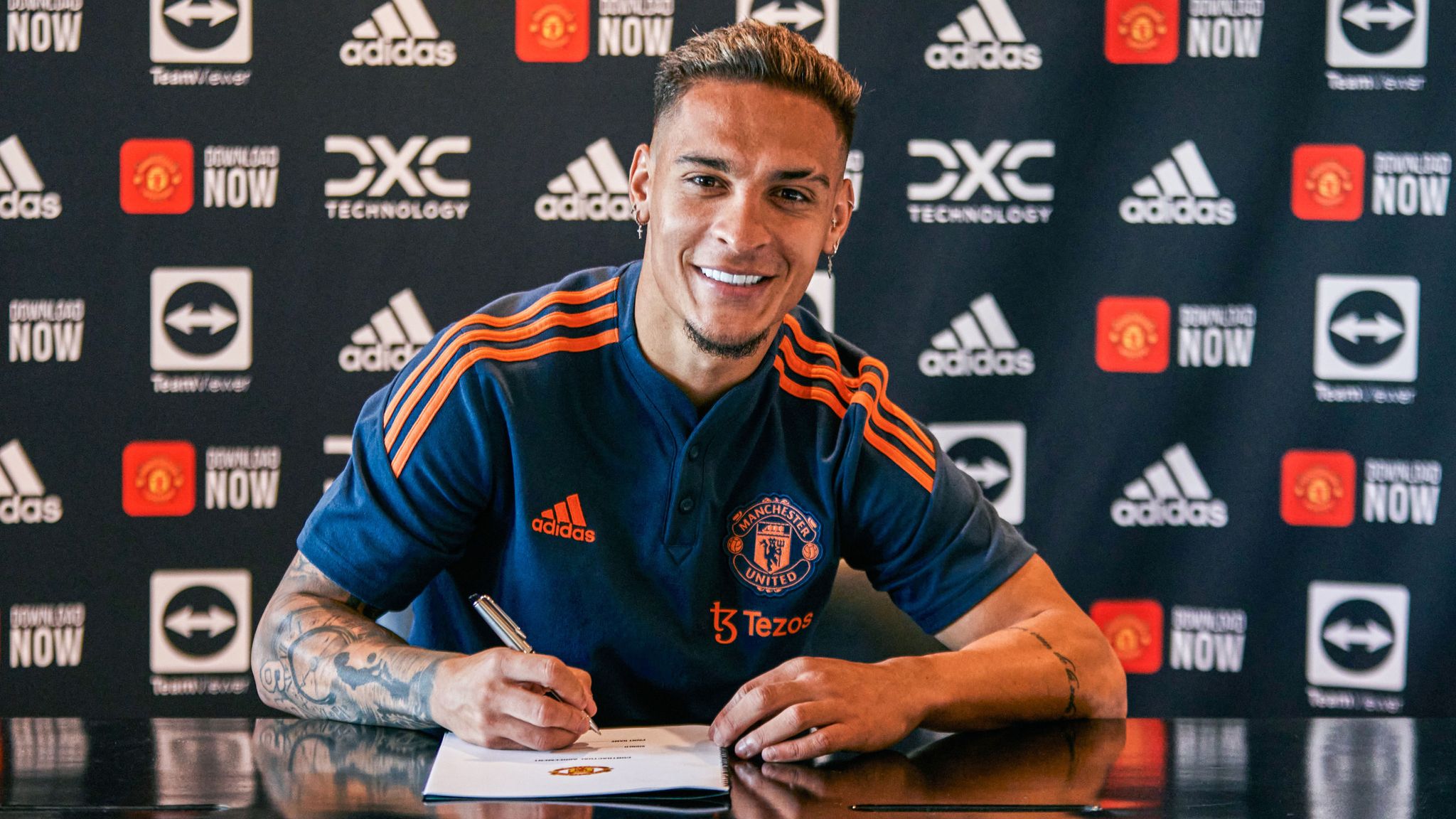 What Can These New Additions Bring to Their Respective Teams?

There were plenty of teams that were linked to securing Arthur Melo’s signature throughout the summer transfer window. Liverpool was not one of those clubs in the midst of those circling rumors, but Anfield will be Melo’s home for at least the next year. Only a couple hours after Liverpool’s win against Newcastle on Wednesday, August 31st, the club began their approach to sign Melo. The potential move was surrounded with a sense of urgency due to the deadline drawing close and the club’s difficult circumstances with injuries. Injuries to Alex Oxlade-Chamberlain, Naby Keita, and Thiago left Liverpool lacking options in the midfield department. Melo can bring some composure as a deep lying playmaker. He possesses a great passing range and does an excellent job finding his teammates. He can find spaces in midfield and is relatively composed when the ball is at his feet. His awareness also helps in situations where opponents are pressing him.

Earlier this summer, Wilfried Gnonto received his first call-up for Italy. His dad, Boris, had to bring his school books to the training ground. Gnonto was preparing for his high school exams. It is a gentle reminder of the rapid progress the youngster has made since joining FC Zurich in 2020. At the tender age of 18, he recorded 10 goals and five assists in the Swiss Super League. His goals helped lead FC Zurich to a league title. Gnonto will likely be a great fit in Jesse Marsch’s team at Leeds. The 18-year-old is an adept dribbler, accurate crosser, and a versatile forward that can play in multiple forward positions. He will likely have to adapt the intensity of the Premier League and pressing off the ball in Jesse Marsch’s system of play. Marsch gave Gnonto a warm greeting on his arrival at the club. Take a look at this clip.

Pierre-Emerick Aubameyang has made a shocking return to the Premier League after spending seven months with FC Barcelona. He ended the 21/22 season with 11 goals in 17 appearances in La Liga. His stint with the Catalan giants felt like a revitalization of some of the great form he hit during his five seasons with Arsenal. The former Gabonese international does have a proven goal scoring record in the Premier League. He scored 68 goals in 128 Premier League appearances. The 33-year-old still possesses some of the characteristics to stretch defenses. Aubameyang seemed to link up well with Barcelona teammates and showcased incisive movement in the final third. Chelsea were left without a recognizable center forward on their roster after the departures of Timo Werner, Michi Batshuayi, and Romelu Lukaku this summer. This move certainly gives the club a viable option in the striker position.

Paris Saint-Germain capped off the summer transfer window with a final addition to their new look midfield. After a busy summer with the club signing Fabián Ruiz, Vitinha, and Renato Sanches, they also added a player to their roster who can provide technical ability and incisiveness to their midfield. Carlos Soler, a Spanish international, has been a standout midfielder for Valencia over the past two seasons. Soler is an effective passer, intelligent presence in midfield, and a goal scoring midfielder who can strike the ball from long range with precision. Soler will need to continue developing the defensive side of his game in terms of tackling and analyzing dangerous situations when the opposition has space to attack. PSG will likely be relying on Fabián Ruiz, Danilo Pereira, and Marco Veratti to do some of the vital defensive work in their midfield. This could free up Soler to occupy more attacking positions where he excels and reads the game with intelligence. Here are some notable goals he scored in La Liga.

A player that seemed to benefit from the arrival of Thomas Tuchel at Chelsea wasMarcus Alonso. At times his career seemed to stagnate under the reign of Frank Lampard. His form skyrocketed after Tuchel arrived in January 2021 and he ended the 2020/21 season in fine fettle. Those performances carried over to the 2021/22 season and was one of the top performers at Chelsea. Alonso excels when he gets forward up the pitch. His deliveries into the box, ability to grab goals from left back, and his brilliant free kicks make him a reliable attacking outlet. Conversely, he does lack the pace to make quick recoveries and can sometimes be caught out of position. Xavi, Barcelona’s manager, has opted to use a back three in certain games during the beginning of this season. Xavi may end up feeling more comfortable playing Alonso in the wing back position as there would be defensive cover behind him.

Héctor Bellerín enjoyed a decent loan spell at Real Betis last season and played a significant role in the team finishing in 5th last season. Bellerín appeared to have issues with producing accurate crosses in the past few seasons. There were noticeable improvements during his time at Betis. Two assists in 22 La Liga appearances is a decent return. He also notched two assists in four Europa League appearances. His passing accuracy during last season did dip past his usual standard of around 82% or 83%. Bellerín finished the 2021/22 season with a 77.8% passing accuracy in La Liga. The 27-year-old still seems sharp from an athletic standpoint after recovering from numerous ankle injuries throughout his career, which includes an ACL injury in 2019. Defensively, Bellerín’s game did look sharper at Betis than in the past. Barcelona were in need of a right back after the departure of Sergiño Dest. The acquisition of Bellerín could prove to be vital.

When Antony joined Manchester United for a fee of over $100 M on Thursday, there was talk of pressure looming over his arrival. He redefined his version of pressure when he spoke with BBC Sports.

“Real pressure was when I lived in a favela and left for school at nine in the morning not sure whether I would be able to eat again until nine at night,” Antony said. “That’s some pressure. Otherwise, we can all adapt.”

His difficult upbringing in one of the most dangerous areas on the outskirts of São Paulo was an eye opener for him. Major childhood influences have stuck with him on the pitch as well. He grew up playing football barefoot in his community after not having the money to afford cleats. His biggest idol was Ronaldinho. The Brazilian element of ‘Joga Bonito’ or playing beautifully is evident. The 22-year-old possesses exciting flair and is a mesmerizing dribbler. At Ajax, his end product in terms of goals, assists, and crosses continued to develop. In the 2021/22 season, Antony notched 12 goals and 10 assists across 33 appearances in all competitions. Some of these included some sensational performances in the Champions League. He kicked off his start to his Manchester United career with a 58 minute cameo against Arsenal yesterday and a brilliant goal to open the scoring. Take a look.

Manuel Akanji has brought more depth to Manchester City in the center back department. He joins the club at a time where there are already four existing options at that position. Ruben Días, Ayermic Laporte, John Stones, and Nathan Aké were already at the club before the acquisition of Akanji. One of the vital players for Manchester City’s defense, Ayermic Laporte, suffered an injury that will keep him sidelined until October. Aké also suffered an injury in City’s 3-3 draw against Newcastle on August 21st. Akanji will offer more support in the position while the club anticipates the return of Laporte. With Champions League fixtures around the corner, this will provide the opportunity to rotate center backs in games in an effort to prevent fatigue. Akanji is comfortable with the ball at his feet, strong, and capable of tackling. Here are some of the highlights from his brilliant performance against Hoffenheim in the Bundesliga last season.

The price tag is absolutely staggering, but the 22-year-old’s potential is as well. One could make a real case that United needed another right winger and more electricity to their attack. Antony can and will provide that.