The Peculiar Case of Paulo Dybala 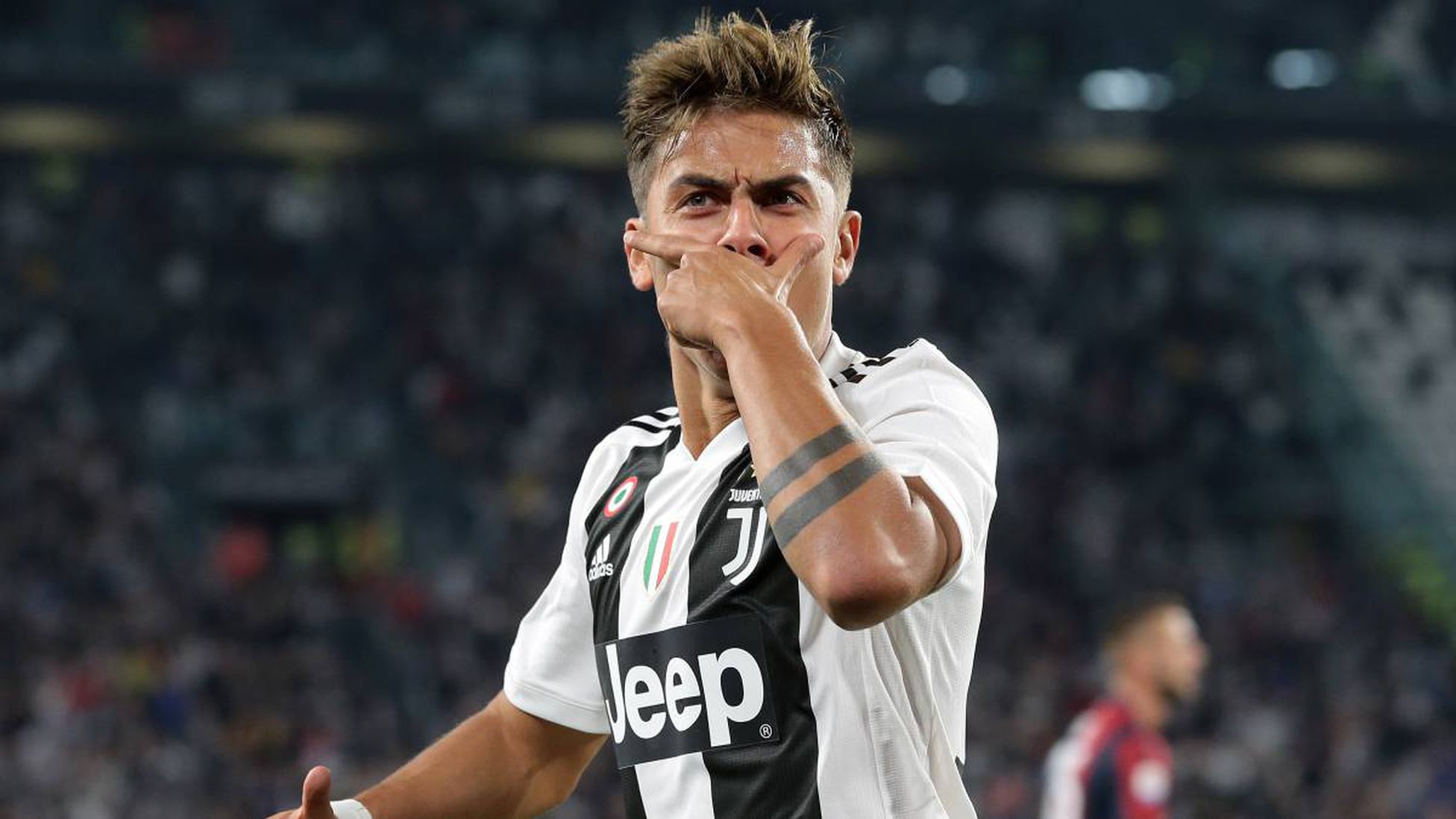 What Will Be the Next Step in the 28-Year-Old’s Career?

On April 20th, 2016, Juventus manager Massimiliano Allegri spoke with Football Italia shortly after their victory against Lazio in Serie A. His conversation was filled with optimism that the club could keep their young talented squad together for the foreseeable future. There were previous rumors that Paul Pogba and Paulo Dybala were slated to exit the club.

“We must confirm this squad, because it’s a young group and we want to do well in the Champions League,” Allegri said. “Our exit this time was rather hard to swallow.”

Earlier in the season Juventus was eliminated from the Champions League. If the club could retain current players this would increase their chance to advance further in next year’s European campaign.

Before the win at Lazio, Juventus reached the culmination of a record-breaking run of form in the league. The headlining names amongst this talented roster were Pogba and Dybala. Both players had created one of the most formidable duos in the football world. A squad featuring Juan Cuadrado, Alvaro Morata, Sami Khedira, Alex Sandro, and Leonardo Bonucci were flourishing alongside these two young talented superstars.

Over the last 23 matches in Serie A, Juventus had recorded 67 points out of a possible 69 points. This run is a Serie A record over 23 games. Paulo Dybala and Paul Pogba’s run of form was at the forefront of this impressive string of matches. At that point in the season, Pogba had tallied six goals and seven assists in Serie A action. Dybala had notched 16 goals and six assists after the culmination of the Lazio fixture. The Lazio match would be one of the very last times we would see this duo together in a Juventus jersey. Paul Pogba ultimately became the world’s most expensive player at the time and left in the summer of 2016 to join Manchester United.

Dybala decided to remain at Juventus. With the departure of Pogba, Dybala was offered the number 10 jersey previously worn by Pogba. The number 10 jersey has risen to a level of prestige in football history as it was handed to superstars such as Diego Maradona and Lionel Messi at their respective clubs. The offer may have represented the increased level of confidence the club had developed for Dybala. The summer of 2016 may very well have felt like the beginning of a promising future for Dybala.

Six years later, Dybala has reached the highest heights in the game, but some still question if he has truly fulfilled his potential.

Since 2017, Dybala hasn’t appeared on the shortlist of the thirty players nominated for the Ballon d’Or, the annual award for the best player in world football. In 2017, he was 4th on the Ballon d’Or shortlist. After Juventus reached the Champions League Final in the 2016-17 season, the club was unable to make it past the quarter finals again. Within that span, Dybala had two seasons where he failed to eclipse scoring five goals in the Serie A. Injuries, being deployed in different positions due to the arrival of Cristiano Ronaldo and Gonzalo Higuain, different managers, and the lack of admirable performances from other players all played a major factor in those outcomes.

After the culmination of this season, Dybala’s contract has expired and he has decided not to re-sign. At the age of 28, Dybala is in the midst of his prime. He is now a free agent and is entering a critical stage of his career.

Ending his career at Juventus as their ninth highest goalscorer, is it fair to say that Dybala hasn’t reached his full potential. Is he a world class player? What is his best playing position?

The questions surrounding Dybala’s career are mystifying. When looking at his advanced stats since the 2017/2018 season, it is easier to judge the attacking aspects of his game and his performance in the final third.

His pass completion decreased during this time frame. Take a look at the statistics (per 90) or across the context of a full match. These stats do not account for the fluctuations in the total minutes he has played over these years. Therefore, the stats reflect his performance in the context of the percentage of passes he would have completed over a 90 minute period (excluding the 2019/20 season):

Both of these statistics reflect that Dybala has become a less accurate passer and is less likely to take on defenders. However, these tendencies may not be a glaring indictment against Dybala.

The decline in these statistics could be a reflection of the changes Dybala had to make in his style of play. This decline could be attributed to the fact that Dybala has been attempting more forward passes in place of attempting to dribble past defenders. The Argentine’s pass accuracy may have declined due to the fact he is attempting more difficult progressive passes with a higher frequency. Dybala was often positioned in a deeper role after the addition of Gonzalo Higuain and Cristiano Ronaldo. This new role positioned him further away from goal and perhaps predicated him more as a playmaker. This is particularly noteworthy when examining the seasons he suffered a decline in his goalscoring production.

Debates surrounding Dybala’s football abilities and whether he is an elite player are certainly impacted by his individual stats. Although some of his stats may have declined, he still displays a skill set of an elite player. Dybala is an adept dribbler, accurate finisher, and a competent playmaker. He still possesses a quick burst of acceleration and has a brilliant range of passing. This could certainly be a welcome addition to an elite team actively recruiting an attacking threat.

Versatility could also enhance Dybala’s stock. He has shown an ability to play as a center forward, winger, attacking midfielder, or as a second striker. Although it seems center forward could be his most favorable position, his ability to play multiple positions is a valuable asset. The seasons in which Dybala has scored the most goals, he is usually featured in the center forward position. In a physically demanding league such as the Premier League, his talents could prove extremely compelling to clubs such as Tottenham or Arsenal.

Inter Milan, Borussia Dortmund, Sevilla, and Newcastle are all reportedly interested in signing Dybala. According to the Sun, Inter Milan looks set to close in on a deal and outbid the remaining teams interested in securing him.

Dybala’s decision on where he will play football will be very interesting. Towards the end of his Juventus career, he expressed his discontent with the club’s style of play. After Juventus’ 2-0 win over Udinese on January 15th, 2022, Dybala criticized how the club plays

“We are Juventus, of course we are in the running for the Champions League spots and must try to win,” Dybala said. “We don’t play good football, that is not our strength, so we need to focus on hunger and trying to run harder than anyone else.”

There were even rumors that after Dybala scored the opening goal in the match against Udinese he refused to celebrate because of his discontent with the Juventus board. His intentional gaze towards the stands had some people speculating he was staring down Juventus vice president Paulo Nedved, but he categorically denied he was looking at him in a dissatisfied manner. He claimed he was looking for a friend he expected to attend the match.

Wherever Dybala ends up playing football, it is likely tactics and style of play will have a large impact in his decision. Six years ago when Dybala seemed to be at the center of Juventus’ success must now feel like eons ago.

Within those six years, Juventus manager Massimiliano Allegri left his position, two other managers held the position before Allegri was re-appointed for the 2021/22 season. Dybala’s former compatriot Paul Pogba joined Manchester United for a world record fee. This summer Pogba will be departing United and one of clubs he is rumored to be joining is Juventus.

Things could seemingly be coming full circle for Juventus, but this time Dybala will not be a part of the club’s next chapter.