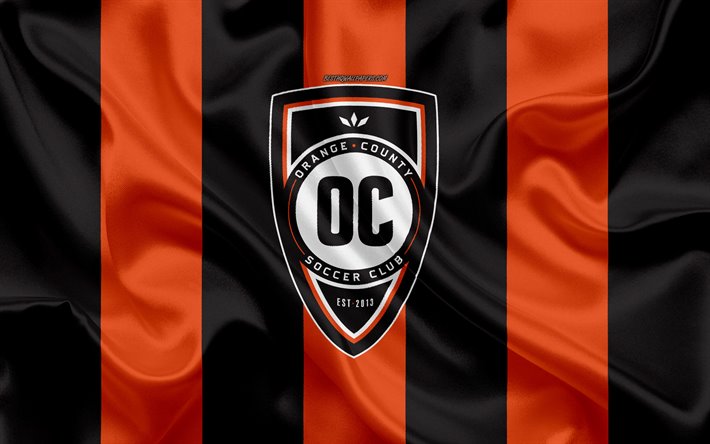 Patrick Rakovsky – B: The german shot-stopper had three saves, including his crucial save in the 81st minute that kept the match at 2-2. The second goal he conceded wasn’t his fault, as Albi Skendi made a mistake that left the ball for EPLFC player Diego Luna to convert. Rakovksy finished with a passing accuracy of 53.1 percent from goal.

Michael Orozco – A-: The captain was very clinical with his passing in build-up play, finishing the match with a passing accuracy of 90.7 percent. He was also a force to be reckoned with defensively as he ended the match with a tackle, an interception, and two clearances. Overall, he was the best defender on the field for OCSC with a majority of passes from the back beginning with him.

Albi Skendi – B-: Although he was partially at fault for EPLFC’s second goal, it seemed that he was fouled in the process of trying to clear the ball from the box. Other than the second goal, Skendi was stout on the backline with three tackles and four clearances. His link-up play with teammates was impressive, pushing forward to provide passing support. Skendi finished the match with a passing accuracy of 72.9 percent.

Hunter Gorskie – B+: Gorskie had one of the strongest performances in defense. Playing alongside Orozco, Gorskie had four tackles and three clearances. Gorskie was clinical with his passing, finishing with a passing accuracy of 93.5 percent. He received a yellow card in the 25th minute after a foul on Diego Luna. He was substituted off for Sean “Ugo” Okoli in the 73rd minute because OCSC was trying to find an equalizer.

Brent Richards – B-: He played well in his right-wing back position, pushing forward to aid in attacking and dropping back to defend against counter-attacks. Richards ended the match with a tackle, an interception, and two clearances. Richards finished with a passing accuracy of 77.8 percent and a chance created. He provided the ball into the box that eventually ended in Torres scoring the equalizer after multiple deflections.

Alex Villanueva – B+: Villanueva played great in his natural left-wing back position, providing quality passes in build-up play and tracking back to help defend. Villanueva had a clearance, an interception, and three tackles on the defensive side of the ball. Villanueva finished the match with a passing accuracy of 77.1 percent. The link-up play between Villanueva, Orozco, Kuningas, and Iloski during the match was very impressive.

Seth Casiple – A: Casiple provided the cheeky assist for Milan Iloski’s opening goal with a chip pass over two defenders. Casiple was very proficient with his passing, finishing with a passing accuracy of 82.1 percent. Casiple also provided defensively with a blocked shot, two interceptions, and two tackles. His build-up play on the right side of the field was unmatched, providing a number of promising balls upfront for Torres and Iloski. Casiple was substituted off for Thomas McCabe in the 67th minute.

Mikko Kuningas – A-: Kuningas was strong on both sides of the ball, pushing forward to open up passing lanes and putting pressure in midfield to recuperate the ball. Kuningas finished the match with a shot on target, three chances created, and a passing accuracy of 83.3 percent. Kuningas also managed to come away with a tackle and four interceptions in midfield.

Daniel A. Pedersen – A-: Pedersen was very clinical with his passing while playing in his natural defensive midfield position. Pedersen finished the match with a passing accuracy of 86.7 percent and a chance created. Pedersen was also a big presence defensively in midfield, ending the match with a tackle, two clearances, and four interceptions. Pedersen seems to have cemented himself as the starting defensive midfielder for OCSC due to his versatility as a player. Pedersen received a yellow card in the 43rd minute after a foul on Richie Ryan.

Milan Iloski – A-: Iloski opened the scoring for OCSC in the 30th minute after a beautiful pass from Casiple set up the goal. Iloski was excellent with his passing and build-up play, finishing the match with a passing accuracy of 87.5 percent. Iloski is in great form as he has been clinical with his shots and accurate with his passing in the final third. He was substituted off for Oluwakorede Osundina in the 86th minute.

Erick Torres – B: Torres made it 2-2 for OCSC in the 78th minute after he scored from the box due to multiple deflections. The reason his grade isn’t higher is because of his missed chance in the 51st minute that hit the right post which could of extended OCSC’s lead. His passing wasn’t clinical enough in the final third, as he finished with a passing accuracy of 76.7 percent.

Tommy McCabe – C+: McCabe was substituted on for Seth Casiple in the 67th minute. He didn’t make much of an impact in the short amount of time he was on the field. He finished the match with a passing accuracy of 70 percent and a chance created.

Sean “Ugo” Okoli – C-: Okoli was substituted on for Hunter Gorskie in the 73rd minute. A deflection from his half-volley shot attempt is what lead to the tying goal from Torres. Other than that, Okoli didn’t impact the match the way he usually does.

Korede Osundina – N/A: Osundina was substituted on for Milan Iloski in the 86th minute. Osundina did not play enough minutes to earn a grade.