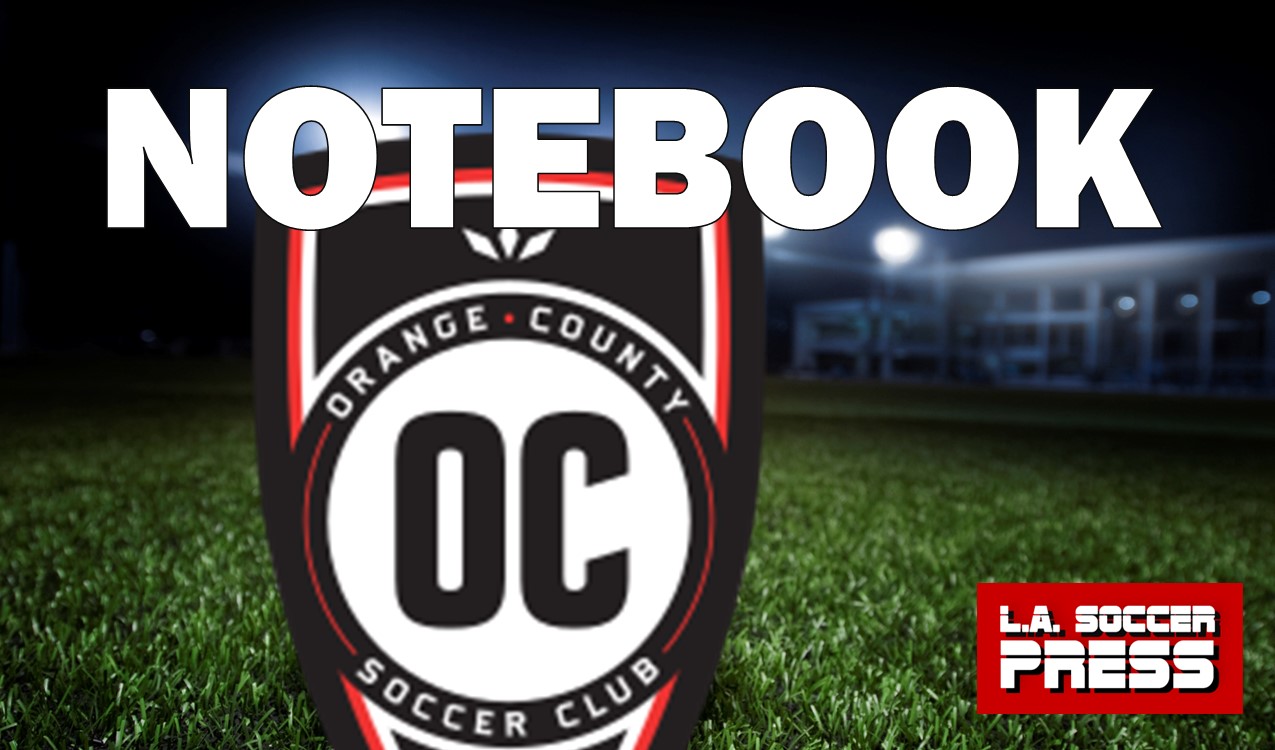 Brian Iloski Scored In His First Start For OCSC This Season

The Rowdies opened the scoring in the 15th minute of the match. Alex Villanueva lost the ball after Rowdies defender Willaim Conner Antley intercepted it aggressively. Rowdies forward Leo Fernandes picked it up and passed it back to Antley, who provided the give and go for Fernandes to tuck away the first goal in the top left corner past goalkeeper Patrick Rakovsky.

Disaster struck for OCSC just before halftime, with the Rowdies extending their lead to two goals.

Fernandes set up Rowdies forward Sebastián Geunzatti with a beautiful through pass that left him alone on goal. Guenzatti sent a low-driven shot towards the bottom left corner that got tapped in for an own goal by OCSC defender Ian Hoffman. The first half ended as the Rowdies outplayed OCSC.

The second half began, and the Men in Orange started to create chances of their own.

In the 52nd minute, Hoffman set up OCSC substitute Sean “Ugo” Okoli with a through ball as Rowdies goalkeeper C.J. Cochran saved his first touch shot from close range.

In the 56th minute, Yann Ekra was sent off after being shown a second yellow card for a foul on Daniel A. Pedersen near the Rowdies box. Brian Iloski stepped up to take the free kick and sent a beautiful curler into the top right corner that Rowdies goalkeeper Cochran had no chance of saving.

Some cheeky link-up play between the Iloski brothers in the 62nd minute set up Milan Iloski as goalkeeper Cochran denied his shot. In the 78th minute, Milan Iloski had another chance on goal after a deflection off Okoli landed to him in the box. However, his close-range shot was once again saved by Cochran as the Rowdies held on to the lead.

In the 89th minute, Rowdies forward Dayonn Harris put the final nail in the coffin when he scored in the box off an assist from Leo Fernandes to make it 3-1 for the Rowdies.

The Men In Orange return home to take on Memphis 901 FC at Championship Soccer Stadium in Irvine, CA, on Saturday, September 3rd, with kickoff at 7:00 PM PST.

This was the first regular season matchup between OCSC and the Tampa Bay Rowdies since the USL Championship was founded on September 8, 2010.

This was the first time OCSC and the Tampa Bay Rowdies faced off against each other since the 2021 USL Championship Final.

Brian and Milan Iloski both started for OCSC. It’s the first time they’ve shared the field as starters since they played a match together for UCLA against San Diego State University on November 11, 2017.

Brian Iloski scored his first goal in his first start for OCSC in the 2022 USL Championship season.