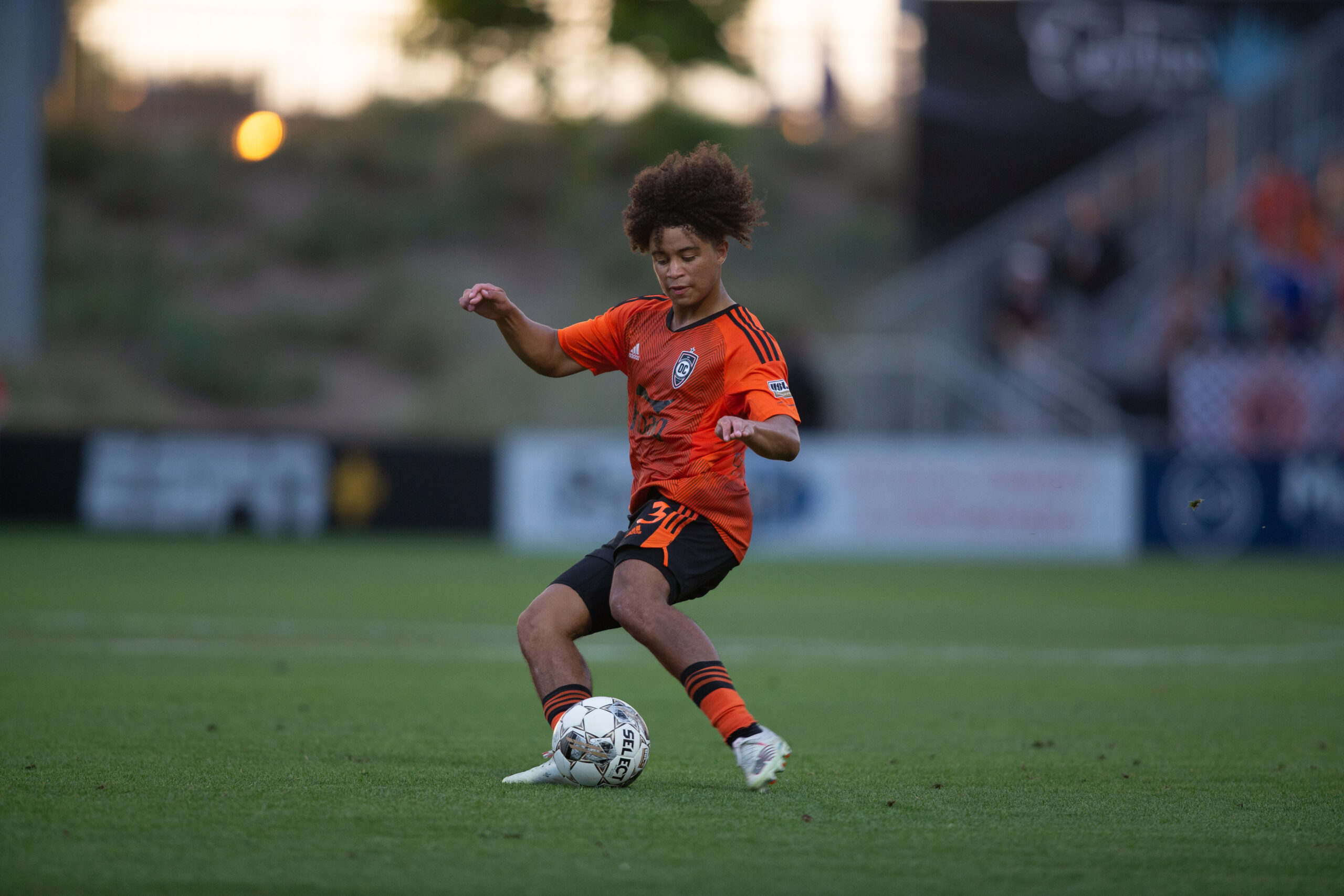 OCSC was defeated by New Mexico United 2-1 on Saturday, June 4th, at Championship Soccer Stadium in Irvine. A goal by Milan Iloski wasn’t enough to salvage a point for OCSC during their Pride Night celebration. It is the second straight loss for OCSC this season and the first time in club history that they fall to New Mexico United.

OCSC started strong, controlling the match, but then disaster struck when Albi Skendi took down Neco Brett in the box. The referee pointed to the penalty spot and handed out a yellow card to Tommy McCabe for disputing the harsh penalty call. In the 18th minute, NMU player Justin Portillo converted from the spot with a right-footed shot to the bottom left corner that beat Patrick Rakovsky.

OCSC continued to push forward and looked poised to equalize, as Michael Orozco had a promising volley attempt that NMU goalkeeper Alex Tambakis saved in the middle of the goal.

New Mexico United would capitalize on another chance and go up by two in the 32nd minute, thanks to a goal from former OCSC player Chris Wehan. Wehan put away a right-footed shot that rainbowed over Rakovsky and found the left corner after an assist by Neco Brett. Wehan played half of the 2021 USL Championship season with OCSC before returning to New Mexico United.

OCSC continued to mount attacks but just couldn’t find the back of the net. Substitute Sean “Ugo” Okoli had a chance to make an immediate impact in the 37th minute with a promising play on goal, but he squandered it with his first touch shot. Tambakis saved Brent Richards’s header late in the first half. Even with a majority of the possession and more chances to score, OCSC was looking at a 2-0 deficit going into halftime.

The second half began, and Tambakis continued being a force to be reckoned with in NMU’s goal. Okoli had another opportunity to score on the left side of the field, but Tambakis parried his shot away. Orozco had a chance in the 63rd minute to bring OCSC within one, but his bouncing shot was saved.

Just as the match looked out of reach for OCSC, Iloski made it 2-1 in the 91st minute of stoppage time with a lasering volley right outside the box that went into the left corner.

Three minutes later, in the 94th minute of stoppage time, the referee would point to the spot after NMU defender Kalen Ryden took down Erick “Cubo” Torres in the box. Torres took the penalty but missed from the spot as Tambakis guessed the right way and dived left.

OCSC was left battered and frustrated in a match that could have easily gone the other way. However, botched chances and a stellar performance from NMU goalkeeper Alex Tambakis kept OCSC from coming away with any points.

Head coach Richard Chaplow expressed how he felt OCSC lacked the energy and ambition to go out and play in the first half. He attributed this to playing three matches in a span of seven days and having a lack of rotation because of injuries that have started to accumulate in the squad.

“In the first half, I thought we lacked a real intensity and desire to go and play,” Chaplow said. “We’ve had three games in seven days. We’ve traveled away to Oakland, and we’ve traveled away to Atlanta. I have a very small squad [to pick from right now]. There was no rotation because that luxury wasn’t given to me with respect to the situation we stand in today.”

OCSC is on the road again as they face off against Las Vegas Lights FC at Cashman Field in Las Vegas, Nevada, on Saturday, June 11th, with kickoff at 7:30 PM PT.