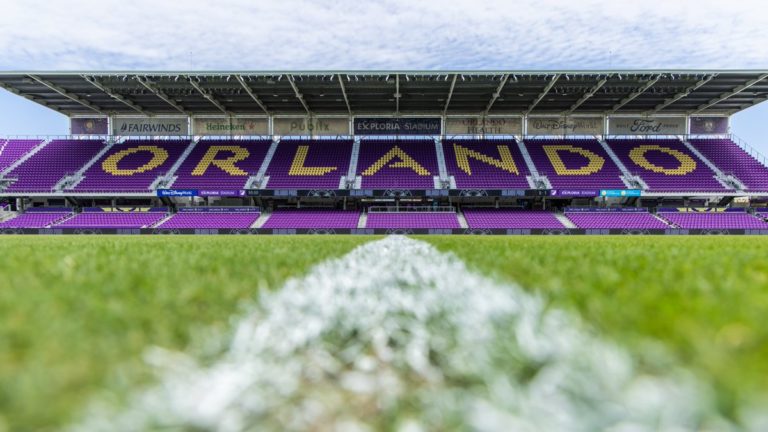 First in a Series

The Orlando Pride have been busy this offseason, trading many players and getting a new head coach. As a club, it’s in a rebuilding phase so this season will look a lot different.

After Marc Skinner left for England, Becky Burleigh served as the interim head coach through the end of the 2021 season. In December, it was announced that the club hired Amanda Cromwell as head coach.

Cromwell had been the head coach at UCLA since 2013, during which time she led the women’s soccer team to four conference titles and a national championship.

She has put together an impressive coaching staff. One that’s highlighted by arguably the best player in USWNT history, Michelle Akers. The former USWNT legend will be focused primarily on player development. The club also has retained Seb Hines, who will be in his third season with the club. Rounding out the coaching staff is Sam Greene, who has spent nine seasons with Cromwell at UCLA.

Orlando lost a lot of key players this offseason and is truly going through a rebuild. Some of the trades were baffling and it’s hard to see the vision that this club has for the future.

The big names are shocking on paper, but their departures make sense. Krieger and Harris were looking for a change and found a fit in Gotham. Losing them is a big blow as they were the veteran leaders for this club and Harris was the captain. They’ll leave big shoes to fill both on the field and in the Orlando community.

Alex Morgan was looking to return home, something that was expected since the day the California teams were confirmed. When she was able to play with Sydney Leroux up top Morgan was good for this club but she was also injury prone and missed time with the national team. Losing a star as big as Morgan is tough but it’s not the biggest offseason loss for this team.

The Taylor Kornieck trade was another blow to this Pride offense. Kornieck was someone that played a big part in this team seeing action as both a midfielder and a forward at times. The trade was a bit surprising especially after the Morgan trade it looked like Kornieck was going to be a starter for this Orlando offense now the club has got to find other answers.

Another surprise was McClernon being sent to OL Reign. McClernon had a pretty good first season on the backline for Orlando. She at times looked to be the best defender for Orlando and has a bright future ahead.

Part of Orlando’s answer to losing their attackers is bringing in Pruitt and Jenkins. The problem is that both have some injury issues and haven’t played their best soccer in the league yet but they have the potential to be dangerous goal scorers up top with Leroux. They could also both be used as super subs to bring a change of pace and break down opposing defenses.

Celia and James were both brought over in trades as well. Celia gives them another option on the backline, she’s been around the league a while and can fill in and add leadership. James has only been in the NWSL for one season but she’s got the potential to be a key piece in the middle.

Abello and Colohan were drafted in 2021 but they both returned to their college teams for their final season. Abello and Cosme are versatile players that can play anywhere on the field. Colohan, Doyle, and Talley will all help in the attack, an area of real concern for this team.

With both Harris and Brittany Wilson being traded it leaves the Pride with only one goalkeeper in Erin McLeod currently on the roster. Finding some depth behind her is going to be important before the season starts.

Orlando is going to rely heavily on the core of veteran players that are returning. This team is going to look a lot different in many ways, but it still has veterans who have been around the league a while. It’s hard to tell exactly how Orlando will look when it takes the field but there could be some bumps in the road as this team looks to rebuild.