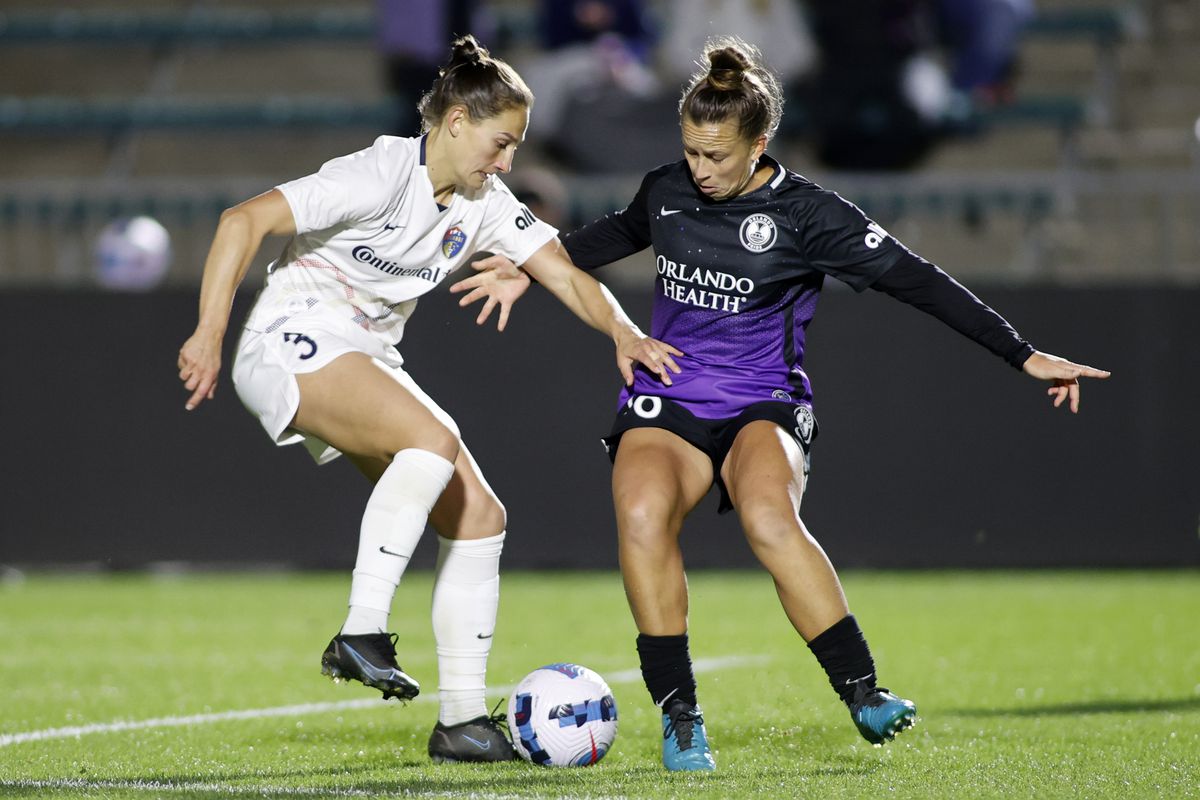 CARY, N.C. – Merritt Mathias scored a decisive penalty to hand the North Carolina Courage a 1-0 victory over the Orlando Pride on Saturday evening at Sahlen’s Stadium in WakeMed Soccer Park.

The Courage got off to a quick start when Kiki Pickett hit a low strike in the 5th minute that nearly snuck past Orlando Pride goalkeeper Erin McLeod.

In the 18th minute, Courage defender Abby Erceg had an unexpected chance arise after the ball fell to her from a corner. Her impromptu toe-poke effort produced a quick reaction save from McLeod.

Orlando Pride star Marta had to be substituted in the 31st minute after she had previously returned to play due to suffering a knee injury in the 19th minute.

Taylor Smith produced a stunning piece of attacking play in the 38th minute when she nutmegged a defender on the edge of the box and struck a curling effort that barely sailed over the bar.

Courage left back Carson Pickett struck a free kick in the 54th minute that nearly dipped down towards goal, but did not hit the target.

The Courage were gifted a penalty in the 61st minute after Orlando Pride midfielder Gunny Jónsdóttir committed a handball in the 18-yard box. Mathias rifled her effort from the spot into the roof of the net to secure a 1-0 lead for the Courage.

Forward Sydney Leroux was nearly able to equalize for the Orlando Pride in the 75th minute when Courage goalkeeper Katelyn Rowland was caught off her line. Leroux’s effort on goal was blocked and averted a close scare with Rowland scrambling to get back in net.

The Courage was able to secure their 1-0 lead to end the match and earn their second consecutive victory in the NWSL Challenge Cup.

Mathias said the team showed an ability to “fight” in a tense second half where the players had to protect their lead.

Mathias also spoke about her mindset as she prepared to take her ultimately decisive penalty to win the match.

“I think you have to step up to the PKs [penalty kicks] knowing like 100% you are scoring,” Mathias said. “If you don’t then doubt seeps in and you start overthinking it. So, you gotta step in and kind of trust yourself that you have practiced it a million times. And, then kinda just let it rip.”

Head coach Sean Nahas said his team is taking the right steps towards a successful NWSL Challenge Cup campaign but is preaching there are still improvements to be made.

“I think it’s just a matter of being incremental with it,” Nahas said. “I think it’s baby steps towards a bigger journey. I looked at the performance and it wasn’t consistent as much as we as a group want it to be. If we lost 2-0 or won 2-0, we would still have to get better. This is just a second stroke on that blank canvas that we started.”

Nahas also was impressed with the team’s ability to battle in a gritty encounter.

“What they showed today is they have a fight in them,” Nahas said. We are going to need that on the road.”

Nahas also spoke on the absence of Debinha from the squad, who seem to still be in the process of securing her updated green card in Brazil. He believes she will be returning “early this week”.

Fellow Brazilian international Kerolin also seems to be wrapping up the process of securing her P-1 work visa and Nahas thinks she should be with the squad within the “next couple of days”.

The Courage is hoping to secure their third consecutive win when the team travels to Washington D.C for a match against the Washington Spirit on Wednesday night at Audi Field.