Mykhaylo Mudryk: The Emerging Star for Shakhtar Donetsk and Ukraine 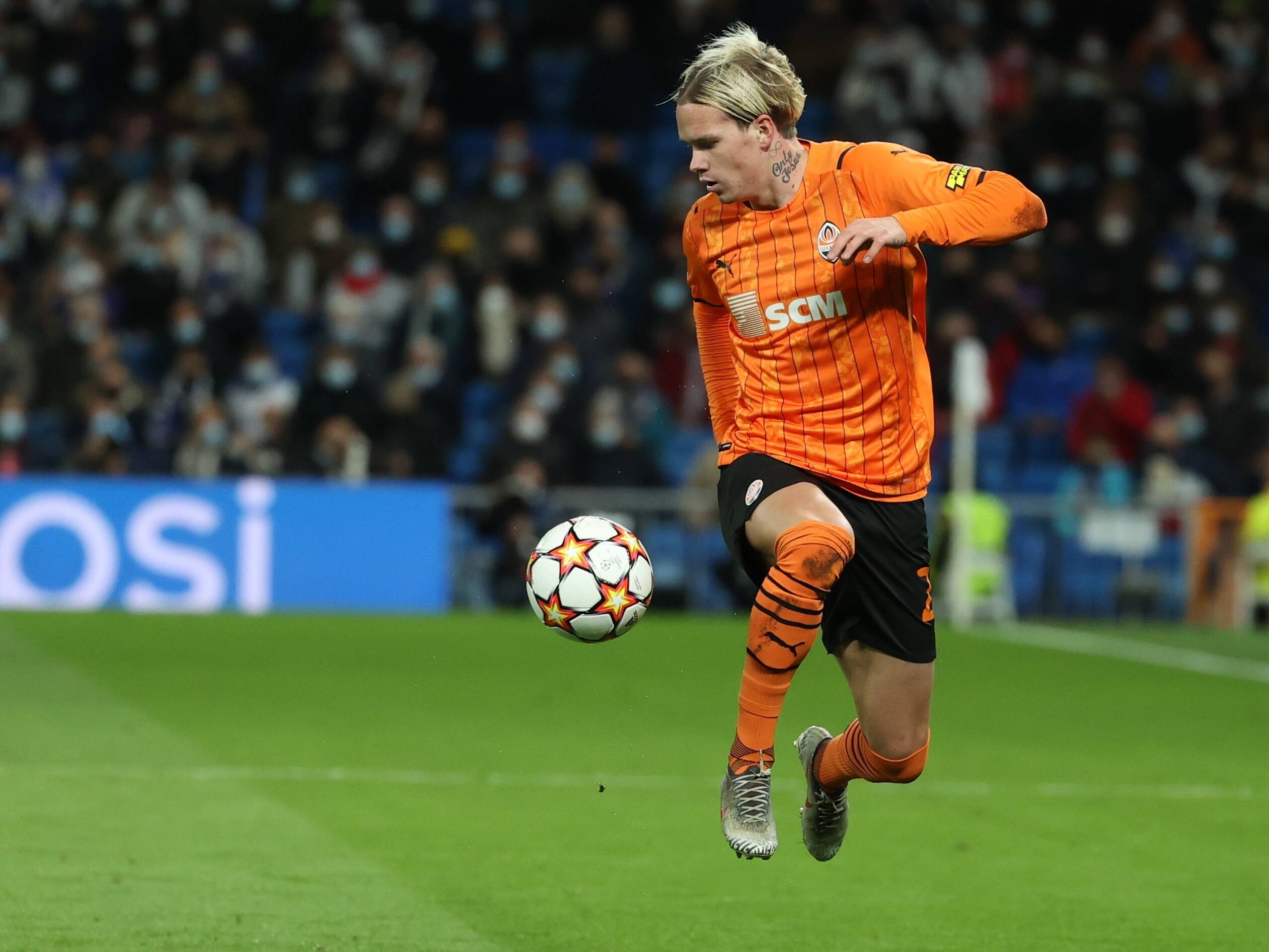 During Shakhtar Donetsk’s friendly against Olympiacos on April 9th, 2022, one section of Karaiskakis Stadium was designated as being off limits to fans. This reserved section was filled with an assortment of toys. The toys were a tribute to the children who have lost their lives since Russia’s invasion of Ukraine.

The match ended in a 1-0 loss for Shakhtar Donetsk. That night in Athens, Greece, the home of Olympiacos, the game marked the return of the first major club from Ukraine to the pitch since Russia’s invasion on February 24th.

Shakhtar Donetsk winger Mykhaylo Mudryk spoke after the match about the importance of remembering football during such a difficult time for his country.

“Football is one of the best ways to help the world understand and remember again and again our situation,” Mudryk said. “Now our mission is to remind people, and the whole world, about our situation.”

As we have eclipsed 200 days of the ongoing invasion of Ukraine, Mudryk’s words are beginning to ring true. Shakhtar Donetsk played their first fixture of the Champions League campaign on Tuesday, September 6th. The club is the first Ukrainian team to compete in the Champions League since their country was invaded by Russia. It is also a stark reminder of the duration of the ongoing conflict.

Mudryk’s admirable performances on the pitch over the last calendar year have been impressive enough to garner interest from other clubs across Europe.

Interest within elite clubs around acquiring him has only risen according to The Athletic. Brentford was ready to smash their transfer record in an effort to try and sign him in the summer transfer window. Mudryk has said “it would be hard to say no” to an Arsenal transfer over the last couple days. Everton could also be a major player in a possible race to sign him as well, according to outlet TeamTalk.

His man of the match performance in the Champions League match against RB Leipzig reminded the world of his remarkable potential on the biggest stage football has to offer.

Mudryk is a creative winger, who can create chances with the ball at his feet. He is a phenomenal dribbler who can skip past players with ease and is a playmaker from wide positions. His off the ball movement is exceptional as well. Mudryk’s dynamism in the final third will continue to be an important facet of his game moving forward. Finishing would be an aspect of his game that Mudryk should be motivated to improve. An increased goalscoring output will mark his ascent into becoming a complete attacker.

Shakhtar Donetsk are steadfast believers in Mudryk’s ability as well as his potential. It is part of the reason the club was reluctant to let Mudryk leave in the summer. Shakhtar Donetsk sporting director, Darijo Srna, who played for the club, confirmed the club received a bid for Mudryk in the summer from Everton which they did not accept.

“We received an offer of €30 million,” Srna said. “And when our president doesn’t sell a player for €30 million, especially in such difficult times, he is sending a message to everyone that he wants to progress in the Champions League and to win the championship.”

It reflects the ambition of a club that is striving to qualify for the knockout stages of the Champions League in a group with Real Madrid, Celtic, and RB Leipzig. The club currently sits in 2nd place in their group after a win in their first match and a 1-1 tie against Celtic on the team’s second matchday. Mudryk scored the lone goal in the match against Celtic.

Srna reiterates the belief that Mudryk is amongst Europe’s elite talents.

“Mudryk is a serious talent,” Srna said. “After Kylian Mbappe and Vinicius Jr, he’s the best player in Europe in his position. If someone wants to buy Mudryk, they must spend a lot, a lot, a lot of money and respect our club and our president.”

Shakhtar Donetsk will be playing against Vinicius Jr. in their next Champions League fixture on October 5th. The Ukrainian side will be pitted against arguably the most accomplished team in the history of the competition, Real Madrid. In the Bernabéu, Donetsk will be front and center at one of football’s most historic venues. Perhaps, there isn’t a bigger stage than playing the defending European champions at the Santiago Bernabéu.

On that night, Shakhtar’s mere presence at the Bernabéu will likely serve as a significant reminder of lives lost and the ongoing conflict.

It is important to note that Ukrainian president Volodymyr Zelenskyy is a fan of football, and is well aware of the win against Leipzig. Zelenskyy was left excited and happy, according to CBSSports.com. Football could be a much needed distraction for Zelenskyy while the country continues to battle Russia. Srna acknowledged the club is playing for something more than just football this particular season.

“We are playing for Ukraine and want to keep sending positive emotions back to the country during these difficult times,” Srna said.

There does seem to be a sense of nationalism in Shakhtar Donetsk’s performances. Particularly, Mudryk as well. The passion he showed in his celebration for his goal against Celtic was palpable.

Mudryk will likely carry that sense of fervor and passion into the next matches. The 21-year-old appears to be playing football joyfully at the current moment and is using the conflict as added motivation.

His next match will be for Ukraine at the international level when they take on Scotland in UEFA Nations League action today. He has already been capped five times and was called up to the national team for the first time in 2022 after his admirable performances at club level. Ukraine came exceptionally close to qualifying for the 2022 World Cup when the team qualified for the play-off final against Wales. In a 1-0 loss to Wales on June 5th, the country ended up losing out in their hopes of heading to Qatar.

Mudryk featured as a substitute playing thirteen minutes in that loss to Wales. His involvement with the national team at such a young age is laudable. The apparent ascent for Mudryk at club level and international level is staggering. At only 21 years old, Mudryk is producing pivotal performances that could be remembered for years to come.