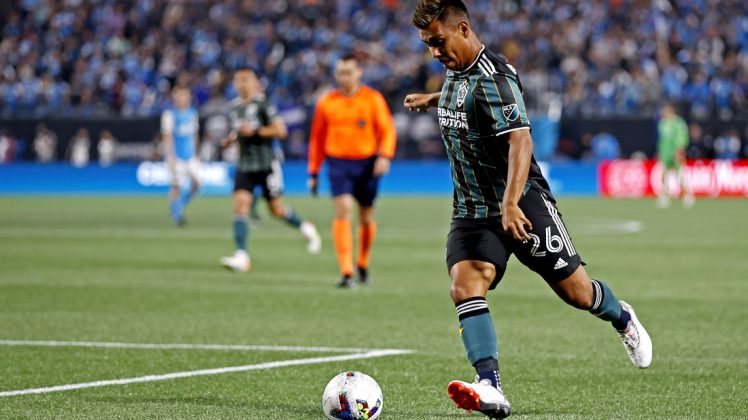 There Was A Historic Home Opener, A Matthew McConaughey Sighting And Much More In Week 2

It was a record setting Saturday night in the queen city as Charlotte FC played its home opener against L.A. Galaxy, losing 1-0 off the back of an Efrain Alvarez (pictured) wonder goal. Bank of America Stadium announced an official attendance of 74,479. That figure is good for an MLS record beating out two records Atlanta United set in the regular season and postseason. Despite the loss Charlotte looked good, Bank of America Stadium was loud. While the result isn’t what the fans wanted, it is becoming abundantly clear that despite poor results soccer is going to work in the Carolinas. Charlotte FC have a lot to be proud of and it can only get better from here.

Two weeks into the MLS season and it looks like the Q2 stadium in Austin is the place to be. Austin FC have started 2022 like a house on fire, picking up 5-0 and 5-1 home wins to start the year. Following what was a dismissal expansion first season, Austin has seemed to turn a corner, scoring by committee and blowing two opponents in front of a rowdy home crowds. McConaughey’s part-owned squad is having fun and could be a real wild card this year.

NYCFC shocked many in winning 2021 MLS Cup, the club’s first title. Now, many have tipped the NY Blues to be favorites to repeat but it isn’t shaping up that way. Following an ugly opening week lost in Los Angeles to LA Galaxy, NYCFC played a sloppy 0-0 draw in Vancouver. Despite dominating the possession and shots, NYCFC couldn’t muster a goal and get shut out back-to-back weeks. CONCACAF Champions League fatigue and a lack of offseason moves may be catching up to the defending champions.

2022 has not been kind to Major League Soccer’s three Canadian clubs. In six games the three sides have yet to pick up a win and have been outscored 13-3 collectively. All three sides look off the pace and destined to miss the playoffs. Toronto have looked the worst of the bunch, seeming to lack any direction in route to a 4-1 thrashing at home by NY Red Bulls.

Things can change rapidly in MLS week to week and Saturday’s matchup between Atlanta and Colorado proves that. Atlanta dominated its season opener against Sporting KC, while Colorado looked the Rapids of old putting in a dismal display in Los Angeles. That script was flipped as Colorado looked strong on defense and hit Atlanta hard on the counterattack. The reigning MLS Western Conference regular season champs scored three impressive goals in route to the shutout win. Atlanta missed a real opportunity to pick up a road win and look to be falling into old habits of their own as Miles Robinson picked up a red card.