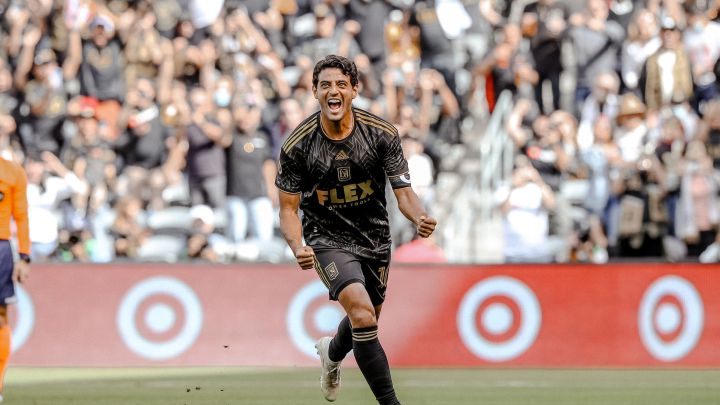 Major League Soccer is back and there are more storylines than ever. Here are five things we noticed from Week 1:

Following a disappointing 2021 season wherein LAFC missed the playoffs and struggled in the absence of 2020 MLS Golden Boot winner Diego Rossi, the club hopes to come back stronger in 2022 and it looks as if that may be the case. LAFC went out on Saturday and dominated the defending Western Conference champs at home, holding Colorado to a single shot on target. Carlos Vela looks like he’s turned back the clock 5 years, picking up a hat trick in 50 minutes. If LAFC can sustain this, things look good in the Banc of California stadium and the team again can be contenders in a wide-open Western Conference.

From one disappointing 2021 team to another, Atlanta United had a miserable start to 2021 before putting it back together and sneaking into the playoffs. That scenario isn’t what the Five Stripes are looking for as it looks to reclaim a spot near the top of the Eastern Conference. Atlanta dominated Sporting KC in Mercedes-Benz Stadium on Sunday with Josef Martinez putting in a strong showing despite not getting a goal. The lineup is strong top-to-bottom with 17-year-old Caleb Wiley grabbing a late goal. Atlanta United wants to keep a strong tempo throughout the season and expects to contend for MLS Cup.

MLS is three years into the FC Cincinnati project, and it is not going well. The days of the USL side going toe-to-toe with NY Red Bulls in the U.S. Open Cup semifinals seems improbable as this version of FCC looks dreadful. Cincinnati opened the 2022 campaign on the wrong end of a 5-0 blow out by Austin FC, and the FCC players looked as if they didn’t want to be there. Cincinnati have yet to finish above 12th in the Eastern Conference and seemed stapled to the bottom of the league once again. Nothing has changed and this roster isn’t strong enough to compete during MLS’ long season.

It is difficult to be an MLS expansion side, but there are ways to go about helping yourself and it seems as though Charlotte FC didn’t go that route. During the club’s debut they controlled possession but lacked chances before losing 3-0 to DC United. This team has question marks all over the field and has made questionable front office moves. The team lacks a significant star and has little depth. They play their home opener on Saturday against L.A. Galaxy and more than 70,000 are expected to attend. Charlotte must have a strong showing at home or fan interest may fall apart and the Queen City club could potentially spiral out of control.

Moving to the Western Conference with the addition of Charlotte to the East, Nashville moves into the role of an immediate contender. The Music City club traveled to Seattle and held the Sounders to two shots on target late Sunday night before grabbing the game-winner. Nashville has a strong, young roster and can really compete with the best in the West. The club opens its new soccer-specific stadium in May, infrastructure the team hopes to make a fortress. The only negative right now is the seven-game road trip before they open the new home stadium. If Nashville can get out with only one or two losses during that stretch, it can find itself in a great position out West.