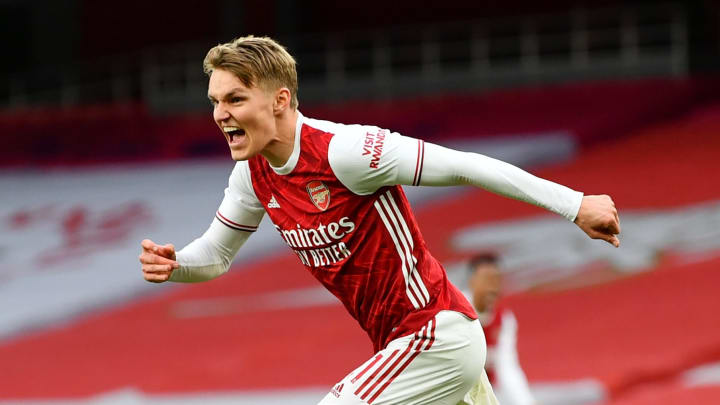 In a Real Madrid pre-match press conference during January 2015, Carlo Ancelotti is downplaying a specific inquiry about a new signing’s involvement with the first team. The team was preparing to take on Cordoba in a La Liga fixture. Martin Odegaard, a 16-year-old midfielder from Norway, had just been bought for €4 million and we were anxiously awaiting news as to when Odegaard would be making his debut.

Odegaard was perhaps the biggest football prodigy in the world at that moment. Or, at least, the most discussed youngster in football. He had just finished his debut season for Strømsgodset in the Tippeligaen, Norway’s first division of football. His memorizing close control, silky dribbling, and intricate passes were all on display. It is the reason Carlo Ancelotti and others believed he could become a valuable player for Madrid.

“It’s difficult to think that Odegaard could play (in the first team) straight away,” Ancelotti said. “He’s very young, we have to be patient with him. We’re all convinced he’ll play and will be an important player for Real Madrid.”

As for the first team, he only made one appearance for Madrid in ’15, and on the final day of the season, May 23rd. It would take him until November 2016, to make another appearance with the first team.

Odegaard seemed destined to be heading for a bleak prophecy often found in football. A youngster who received too much of everything too soon. Immeasurable hype, a big move to a huge club, a new country, and immense expectations have been the cause of many young careers fizzling out.

But it seems he has averted that prophecy, and now is thriving.

Odegaard was just nominated for the Premier League Player of the Month in December 2021. He has transformed into an inventive playmaker for Arsenal. His ability to break lines with accurate passes and maintain possession has been indispensable.

His disastrous Madrid career may have been the best event to catapult his young career. It forced him to find himself.

The poor start to his Madrid career eventually led to Madrid sending him out on loan to Dutch club SC Heerenveen in January 2017. In the beginning of his loan period, Odegaard struggled to find his feet. As the season progressed, Odegaard’s form gradually improved. During the 2017/18 season, Odegaard became a regular starter and he excelled. No other player completed more key passes than Odegaard. He transformed from a player who was originally seen as flashy to a decisive player. It was the season that earned him interest from other clubs around Europe.

Real Madrid decided to send him on loan once again to Dutch club Vitesse in 2018. At Vitesse, Odegaard flourished. He notched nine goals and twelve assists across all competitions. It was a reemergence that once again proved he was ready for the challenges ahead.

This seemed like the breaking point for Real Madrid with regards to Odegaard’s future at the club. He was no longer just a footballing prodigy; he was an established player in Europe. Instead of securing him a position on the first team, Madrid opted to send him on loan again. Odegaard joined La Liga counterparts Real Sociedad with an option to extend his loan for another season. This loan showcased him as a fully mature player.

At Sociedad, he was given a starring role. He was given freedom in a more central role as an attacking midfielder. Immediately, Odegaard became one of the most hazardous players in La Liga. The statistics around his advanced metrics displayed his effectiveness. His assists, expected assists, passes in the final third, and dribbles were all in the elite levels amongst other midfielders in Europe. Everything he demonstrated as a young kid in Norway was on display with an added sense of refinement in his overall game. Odegaard’s adept dribbling and incisive passes in the final third made him a dynamic playmaker. Odegaard spoke about how he felt his game was maturing when he was playing for Sociedad in 2019.

“I feel like more of an adult now,” Odegaard said. “I feel like I’m creating more, running more, feeling stronger on the pitch, and I feel like it’s part of growing up.”

The season culminated with Sociedad winning the Copa Del Rey. An envious piece of silverware signified how much progress he had made in his career in such a short amount of time.

After the 2019/20 season, Odegaard returned to Madrid no longer a young man, but an admirable mature footballer. The demands from his camp were simple: increase playing time. He had proven his ability to produce at a high level of play.

Odegaard seemed ready to force Madrid’s hand. It reached a stage where he seemed set on leaving Madrid if he couldn’t carve out a place in the starting lineup. After only making five appearances between August to December, Odegaard started to see his future at Madrid diminishing.

It was during January 2021, Odegaard made a move to Arsenal on loan. In the midst of a disappointing season for Arsenal he provided a well needed spark. He fell in love with London, the new manager, Mikel Arteta, and his teammates. After a promising loan period, he returned back to Madrid.

This time there was no attempt to try to prove himself and fight for a place at Madrid. A continued inability to secure a place with the first team left him wanting more. Eventually Madrid transferred him permanently to Arsenal in August 2021. He was ready to cement himself as a Premier League star. A feat that looked somewhat improbable five years ago.

Now, some Spanish outlets and Madrid fans have questioned whether it was the right decision to transfer him given his current form.

In 2016, after Carlo Ancelotti departed Real Madrid, he wrote about Odegaard joining Real Madrid in his autobiography that is titled, ‘Quiet Leadership’, that he believes the move was a ‘PR exercise’.

“He could be the best player in the world, but I don’t care because he was not a player who I asked for,” Ancelotti said. “That signing was to do with PR.”

If what was penned holds true, then Odegaard’s success flies in the face of Ancelotti and many others.