From ‘The Cages’ To Stamford Bridge 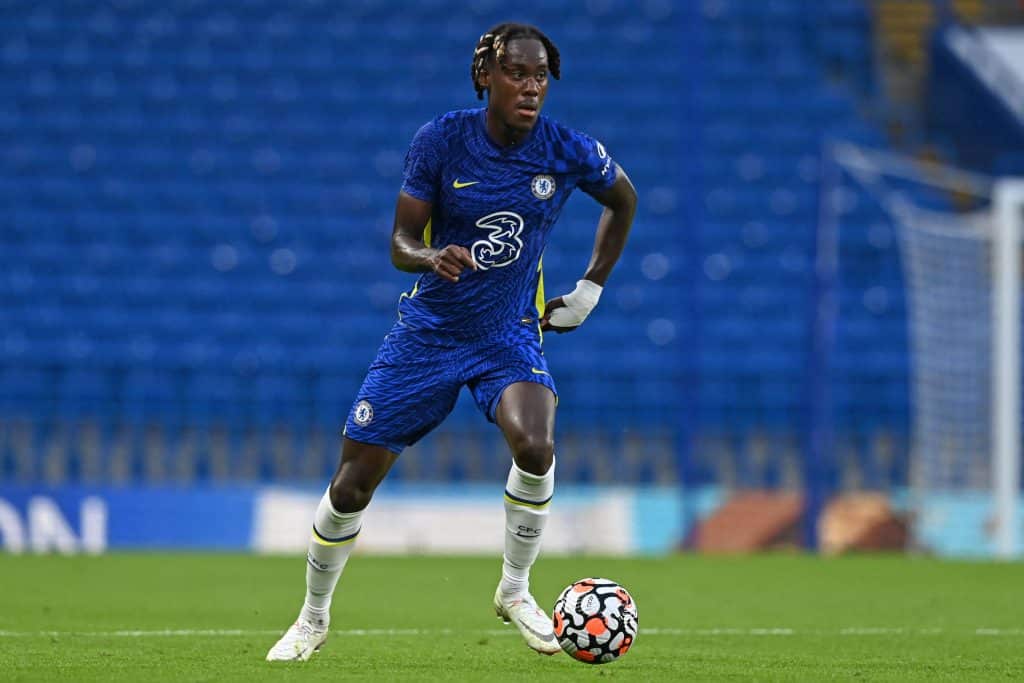 Overcome with emotion, Trevor Chalobah sank to his knees after notching his first goal for Chelsea Football Club. All the memories of his arduous journey to making his Premier League debut, came to the fore.

He started with a dream and from humble beginnings.

Chalobah still remembers how it all started. On his council estate in South London, he began playing football on concrete courts with basketball hoops and soccer goals underneath the hoops.

It is known in the UK as ‘cage football’. Metal cages closed off that are small enough to play 5-vs-5 and only the strongest survive. Brutal tackles, tight spaces, close touches, and having the bravado to take players on 1v1. It was here Chalobah began to cultivate his love for the sport and challenge himself playing against older kids.

Trevor spoke with GAFFER magazine about his start in football at these cages.

“They used to call me mango seed head,” Chalobah said. “Whenever we used to go in the cage for football, that was what all the older boys called me. In the cage, it’s all about skills, who can do the most skills and when people saw I could do all of that they started to give me a bit more respect…”

The streets of South London have given birth to some of the newest wave of talented young stars. Jadon Sancho, Wilfried Zaha, Eberechi Eze, Joe Gomez, and Aaron Wan-Bissaka learned to express themselves on the pitch while playing street football as kids. Similarly to these players, Chalobah began to develop a deft and unique level of technical ability at a young age.

Chalobah’s quick progression at a young age was noted as a young talent in his local area. At the age of eight, Chalobah joined Chelsea’s academy and grew up with his sights set on one day getting an opportunity to break into the first team.

Due to his impressive ability on the ball, Chalobah started his youth career as an attacker. As he began to develop the defensive aspects of his game, Chelsea youth coaches began to provide him with game time in midfield and defensive positions.

Chalobah’s admirable performances at the youth level cemented the youngster as a star in Chelsea’s academy. Chalobah was awarded a professional contract in 2016, became a two time FA Youth Cup winner, and a U-18 Premier League champion while playing alongside current Chelsea star Mason Mount.

Coupled with his impressive performances at club level, Chalobah burst onto the international scene for England. His stunning composure on the ball and bravery on the pitch was evident. He represented England from the U-16 through U-20 level and captained all four teams.

Chelsea began to understand they no longer just had a talented youngster from the streets. They now had a polished footballer ready to propel into competitive football at the highest level.

However, Chelsea’s many loan deals complicated getting an immediate chance with the first team. Chelsea has developed perhaps the most stringent loan policy in world football, and since 2016 Chelsea has sent 76 players on loan. Many went on loan year after year, and began to understand their dreams of actually playing for Chelsea were further away than they imagined.

Determined to succeed at Chelsea, Chalobah doubled down on his chances and extended his contract until 2022. He was sent out on loan in 2018, to Championship club Ipswich Town and performed quite well. The following year, he was loaned to Huddersfield and there were divided opinions due to inconsistent performances.

Chalobah was sent on a season long loan deal to Lorient, in Ligue 1, and he flourished. His minefield presence was imposing. He produced 4.45 tackles and interceptions per 90 minutes in Ligue 1 which ranked in the top 4% of all defenders throughout Europe’s top five leagues. Capping off a productive loan spell, Chalobah came off the bench for Lorient in a match where they defeated a star Paris Saint-Germain studded lineup including Neymar, Angel Di Maria, and Kylian Mbappe. When Chalobah returned back to Chelsea, all the boxes were ticked and there was no more guessing or wavering. He had proven himself.

This preseason has been the breakthrough for Chalobah. The third time was the charm. And, Chalobah has been grasping the opportunity with both hands.

He excelled in Chelsea’s UEFA Super Cup match against Villareal earning the Man of the Match award. His impressive display earned him a start in Chelsea’s opening Premier League fixture against Crystal Palace. After taking a touch to steady himself, he launched a stunning long range effort from 25 yards out that arrowed into the side net. The emotions that followed were predictable and evident of a young boy who promised his mother and the rest of his family years ago this day would eventually come.

Chalobah had been patiently waiting for this moment. Now he’s put his name in lights and has accomplished his dream.

So what’s next? Dreams may know.