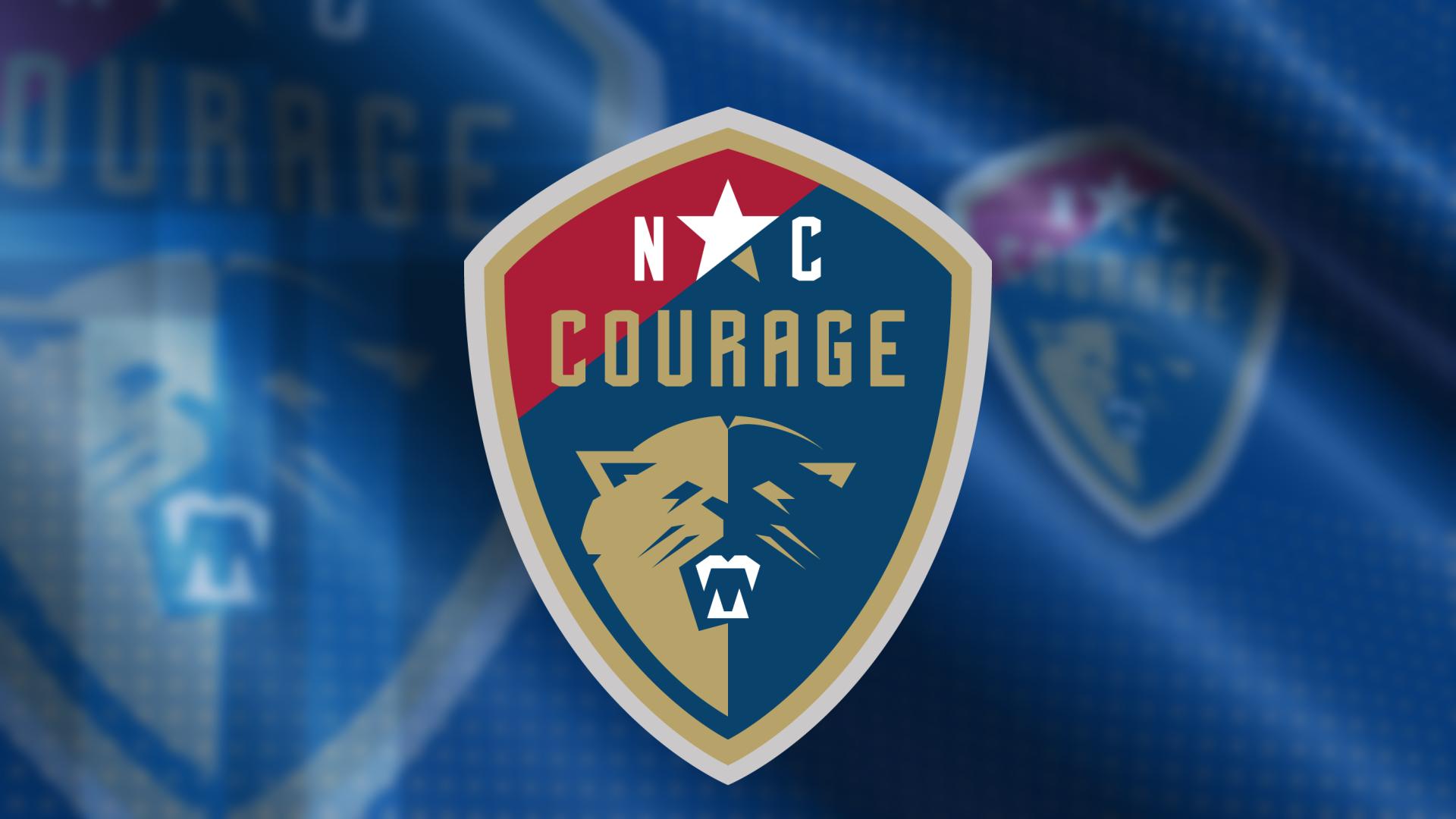 A first half brace from Kerolin and a second half brace from Debinha helped lead the Courage to an emphatic 5-1 victory over Racing Louisville on Saturday night at WakeMed Soccer Park.

Courage forward Diana Ordoñez nearly opened the scoring in the 3rd minute of the match after she hit a powerful low strike directed towards the near post. Racing Louisville goalkeeper Katie Lund was able to make a quick reaction save and parry the ball away.

Kerolin continued the Courage’s quick start in the 5th minute after she pulled off a quick move to feint past a defender and strike a great effort that Lund was able to get her hands to.

Courage midfielder Debinha nearly scored from a free kick in the 7th minute but her curling effort dragged just wide of the post.

Kerolin eventually broke the deadlock for the Courage in the 9th minute after Denise O’Sullivan clipped a lofted through ball past the backline that Kerolin was able to get to first. Kerolin raced into the box and was left one-on-one with Katie Lund. Kerolin kept her effort on goal low and the shot trickled past Lund although Lund was able to get a touch to the ball.

In the 14th minute, Kerolin was able to press Racing Louisville FC, win the ball back, and play a cutback into the path of Debinha. Debinha hit an effort towards goal, but her shot drifted wide of the post.

Kerolin was able to double the Courage’s advantage in the 42nd minute when the ball fell to her from a free kick and she was able to hit a half volley into the side net.

Racing Louisville forward Jess McDonald, who formerly played for the Courage, had a chance in the 50th minute when she got in the box and hit a shot towards the near post. Courage goalkeeper Casey Murphy was able to make a quick reaction save at her near post to tip the ball over the bar.

The Courage continued their dominance in the attacking third and in the 79th minute, Fuka Nagano hit a low driven strike that Katie Lund was forced to make a quick reaction save to stop.

Debinha was tripped in the box in the 83rd minute and a penalty was awarded to the Courage. Debinha stepped up to the spot and hit a Paneka penalty that left Lund reaching in the wrong direction. The ball flew into the net to give the Courage a commanding 4-1 lead.

The Courage capped off the night with a goal from a quick transition in the 90th minute. Kerolin raced past her opposing defender and was able to get a ball to the back post into the path of substitute Tess Boade. Boade was able to head the ball home from close range to give the Courage a fifth goal on the night.

Courage captain Abby Erceg believes the team was able to finally get a complete performance in all phases of the game.

“I thought it was one of the first times we kind of had a complete performance,” Erceg said. “Defensively, I think it was just an individual mistake at the back that we are not too concerned about. I think we are finally starting to tie things up at the back. When the defense is doing the job and the attack is doing their job it works out really well for us.”

Nahas also spoke about how proud he was of Tess Boade getting her first goal in the NWSL after seeing the work she has put in at the training ground.

“I told Tess in the huddle at the end how proud I was of her,” Nahas said. “She hasn’t played since the first Gotham game of Challenge Cup. She hasn’t been rostered. She works her tail off. She doesn’t complain. She does what’s best for the team. When she got her chance last week she took advantage of it.”

Tess Boade gave credit to her coaches and teammates during the period she has been training as hard as she can to get an opportunity to be on the field.

“I think the coaching staff and also the players have done a great job of helping me train well and stay locked in,” Boade said. “Tonight, obviously the team got it done for 80 minutes. I was excited to get in there for the last little bit. I think I’ve got incredible players and coaches that have helped me improve throughout the season.”

The Courage will be back in action for a midweek fixture against Angel City on Wednesday, September 14th at WakeMed Soccer Park.