Christopher Nkunku: The ‘Complete’ Attacker That Has Become One of the Most Sought After Players in the World 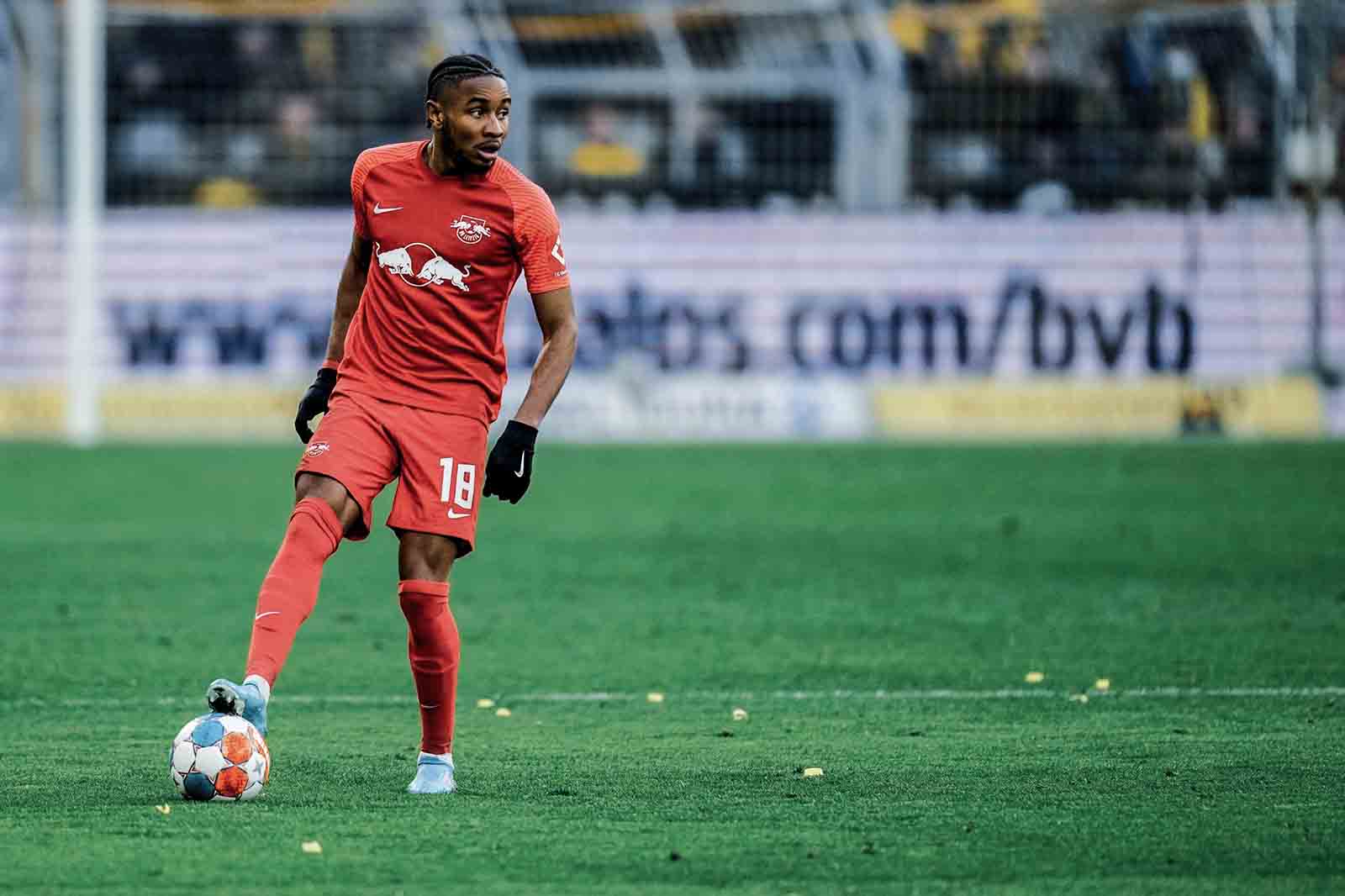 There is a picture of Christopher Nkunku arriving at Clairefontaine, the national football center for France, that is compelling for a multitude of reasons.

For starters, there is the outfit he wore on arrival. A pullover green jacket, a Daily Paper shirt, and a Neiman Marcus backpack that would likely catch the attention of most who are interested in fashion. Next, would be the positioning of his right hand. His fingers are rolled into a fist and his thumb is enclosing his hand. It is indicative of someone getting ready to give a fist bump as a form of greeting. Lastly, where his eyes were focused he was able to visualize Clairefontaine in his periphery for the first time as a member of the senior national team.

Some football fans are wondering why this moment did not come sooner for Nkunku. He made his debut for France on March 25th, 2022 in a friendly against Ivory Coast. Although the French national team may be one of the hardest national teams in the world to break into, Nkunku had been arguably deserving of his first call-up over the last 12 to 18 months. His current form is on par with any player in the world.

The 24-year-old ended the season with 35 goals and 20 assists in 51 appearances for RB Leipzig this season. According to Squawka Football, Nkunku is one of the only four players to have scored 15+ goals and produced 10+ assists in Europe’s top five leagues this season. The other three players are Mohamed Salah, Karim Benzema, and Kylian Mbappe. These three names would most likely headline a list that is boasting who is the best player in the world.

He has situated himself amongst elite company.

This admirable level of production will most definitely lead to his best season in a Leipzig shirt since joining in 2019. He is beginning to look like a player who has “no weaknesses” as described by former RB Leipzig manager Jesse Marsch. Jesse’s comment holds more credence now due to the improvements Nkunku has displayed in his overall abilities over the last year and a half.

On and off the ball, Nkunku is showcasing an ability to impact matches in a myriad of ways. He is a prolific dribbler and he consistently skips past defenders with ease. Take a look at a clip where he pulled off two Maradona turns against Dortmund and almost scored.

The Frenchman has developed into a proficient and intelligent passer as well. He has thirteen assists in all competitions this season and is a consistent creative outlet for Leipizig. Nkunku is currently ranked third in the Bundesliga with 15 big chances created from passes.

Alongside his passing ability, he has increased his goalscoring production over the last three seasons. This has added a lethal element to his game. Nkunku has scored 35 goals in all competitions this season. His finishing inside and outside the box has been clinical and executed with a level of heightened composure.

One of the significant reasons Nkunku is scoring more goals, is due to the quality of his runs off the ball. There have been several occasions where he makes clever darting runs from wide positions that exploits gaps in opposing defenses. He is also adept at making late runs from deeper midfield positions into the box. These penetrating runs make him a prime target for slipped through balls or whipped crosses. Take a look at his hattrick against Manchester City and how decisive his movement is in and around the box for each goal.

In late February, Nkunku was ranked 5th among players in Europe’s top five leagues for progressive passes received per 90 minutes. A progressive pass is a pass from open play that moves a team 25% closer towards the goal from its origin. Nkunku receiving the ball in excellent positions at a higher clip has helped him to excel in getting more goal scoring chances.

Simply put, Nkunku has developed the tools to become a complete midfielder. His versatility as a player has allowed him to be deployed into six different positions this season. It is part of the reason he has become such a dependable performer for Leipzig. No other outfield player has played more minutes than Nkunku since he signed in 2019.

Nkunku believes his arrival at the club has helped his development on and off the field.

“I simply needed more playing time and had the desire to grow as a player and as a person,” Nkunku said.

There was a period in his career where consistent game time became something of a fleeting desire.

Nkunku joined the Paris Saint Germain youth academy system in 2010 and progressed through the ranks. In December 2015, he made his professional debut for PSG in a Champions League match against Shakhtar Donetsk. His dynamic play style began to impress coaches and fans in the French capital. His minutes steadily began to increase as he was labeled a talented youngster.

As Nkunku’s play time began to increase, PSG still looked to pull off more marquee signings. Neymar and Kylian Mbappe both joined in 2017. Julian Draxler also completed a transfer to PSG from Wolfsburg in 2017. Although Nkunku was rapidly developing, it became evident that it was unlikely he would be able to secure a starting place as a winger or an attacking midfielder. This is due in part to the marquee players the club already had in attacking positions.

In the 2018/19 season, Nkunku ended up making the most appearances ever made with the first team, 29, including 22 Ligue 1 appearances. With his contract winding down at the end of that respective season, Nkunku needed to decide whether he was going to stay at PSG as a player on the fringes of the starting XI or take his talent somewhere else.

Nkunku eventually made the decision to leave for Bundesliga giants RB Leipzig. When he left PSG, Nkunku was valued at approximately $13 million dollars. Now, he is currently valued at $71.5 million dollars, according to Transfermarkt.us.

In the midst of Nkunku ascending to one of the most sought after players in Europe, PSG is hopeful of re-signing Nkunku this summer according to Foot Mercato. Other clubs such as Real Madrid and Chelsea, seem to be preparing bids for Nkunku now that PSG could be out of the race after re-signing Kylian Mbappe, according to Goal.com.

If PSG were to sign him this summer, some may feel the club failed a test of patience. Letting talented young players walk in favor of securing superstardom can be pricey. Especially, when the headline names who have entered the club failed to bring home a Champions League trophy.