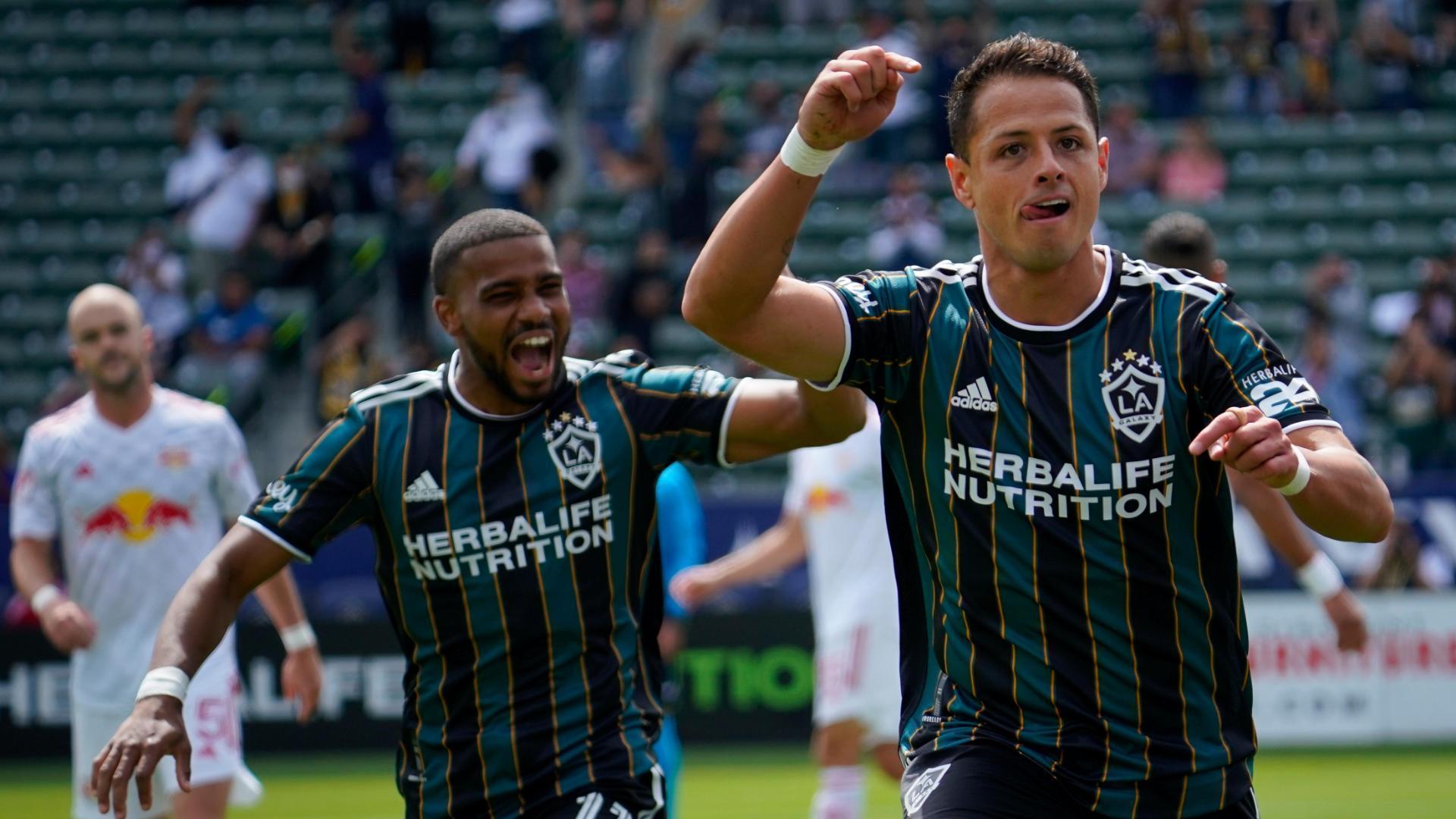 LOS ANGELES – Two games into the Major League Soccer season, Los Angeles Galaxy are the only team with a perfect record thanks, in large part, to Javier “Chicharito” Hernandez’s five goals.

After a dreadful 2020 season, Chicharito already has more than doubled last year’s offensive output. His offseason has been well documented, and he now seems to be playing with a lot of joy and conviction. He’s also getting help from a second striker in the form of Ethan Zubak.

Zubak came into the game in the second half of the season opener against Inter Miami, but got the start vs. New York Red Bull. The Galaxy quickly got through Red Bull’s press and were able to find space to put pressure on their defense. Having Zubak as a partner up top is helping Chicharito do what he is known for – poach goals.

“He (Chicharito) was clever about his movements throughout the day,” manager Greg Vanney told reporters after the game, “It was a day of opportunistic actions more than it was anything else, and he gave us a good shift on the defensive side to help us when we needed it.”

In his return to the MLS, Victor Vazquez has been the player pulling the strings for the Galaxy. For the second goal of the game, Vazquez looped in a pinpoint pass to Hernandez, leaving Hernandez one-on-one against NYRB goalkeeper Carlos Cornel before Chicharito nutmegging him for the goal.

The Galaxy’s back four has not been as sharp. The defense put in a nerve-wracking final 30 minutes after Chicha’s third goal, and in the 63rd minute, missed assignments during a set piece resulted in a Cristian Cásseres Jr. goal to make it 3-2.

Red Bull’s tactical press caused a lot of the problems for this new LA Galaxy setup, especially for midfielder Adam Saldana. Making only his second career appearance, Saldana struggled to connect to passes that would relieve pressure and lost the ball a number of times resulting in dangerous attacks.

Having the Galaxy see out this victory while on their back foot will give them loads of confidence going forward. Vanney, for his part, is making all the right moves and seems to have a great feel for the team and what they need at critical points during this early part of the season.