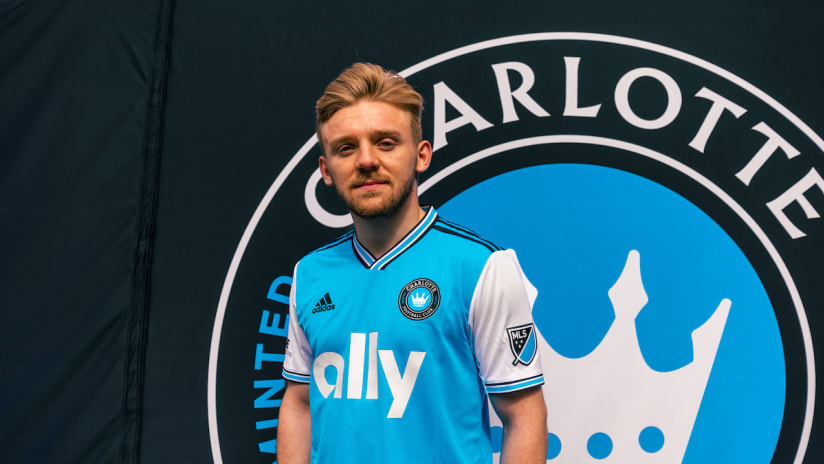 Charlotte FC has secured two signings in three days as head coach Miguel Angel Ramirez has been desperate to add to his current roster of players. In a report from The Athletic, Ramirez has reportedly been discouraged with the club’s inability to acquire players. The discontent reportedly reached a point where a source felt he was contemplating quitting in the preseason.

The 25-year-old made 20 appearances and 14 starts for the Houston Dynamo last season. He is a dynamic holding midfielder who possesses a commanding physical presence and the ability to start attacks in transition with his accurate passing. Jones can give a boost to the intensity of the midfield as they will be looking to control the pace of play in future matches.

About six days ago, Derby County manager Wayne Rooney confirmed that Charlotte FC was in the process of sealing the signature of Karol Jozwiak (pictured), the aforementioned signing.

The team will be adding its second Polish international as a designated player. Jozwiak, 23, will be joining fellow Polish forward Karol Swiderski in the Queen City. He is a winger who can be deployed on the left or right hand side of attack. His permanent transfer is pending at the confirmation of a P-1 visa. The transfer fee for his arrival is currently undisclosed.

A month ago, Charlotte agreed to a deal for Jozwiak with Derby County, but an injury he suffered in a match caused the deal to fall through. The initial deal was agreed with terms for the contract to be a loan with the option to purchase in the future. Sporting Director Zoran Krneta confirmed the new deal is below the total value of the original deal after Jozwiak suffered an injury.

“We kept our eye on him; we didn’t think his injury was too serious,” Krneta said. “We talked to Polish doctors, we talked to the Derby doctors. Okay, we can’t get him on loan anymore. Let’s keep an eye and try to strike a deal that works for us. Let’s try to lower the price to get a fantastic deal we cannot miss. That moment came.”

Jozwiak is a speedy winger with cunning ability in the final third. The 23-year-old is an adept dribbler who can deceive defenders at a moments notice. He has all the tools of a great playmaker who can set up chances for himself and his teammates. During certain moments, Jozwiak has been noted for holding onto the ball for slightly too long. Also, within the past few seasons his goal contributions have dropped compared to his breakout 2019/2020 season where he starred for Polish giants Lech Poznan. Jozwiak will be looking to hit the ground running and create valuable contributions to the team’s attack.

The club will still be looking to make new additions to the roster in the coming weeks. With no goals scored in the first two matches, Ramirez’s calls for more potency in their attack are starting to ring louder. With the primary transfer window coming to an end on May 4th, it is likely more additions to Charlotte’s roster will be on the cards.