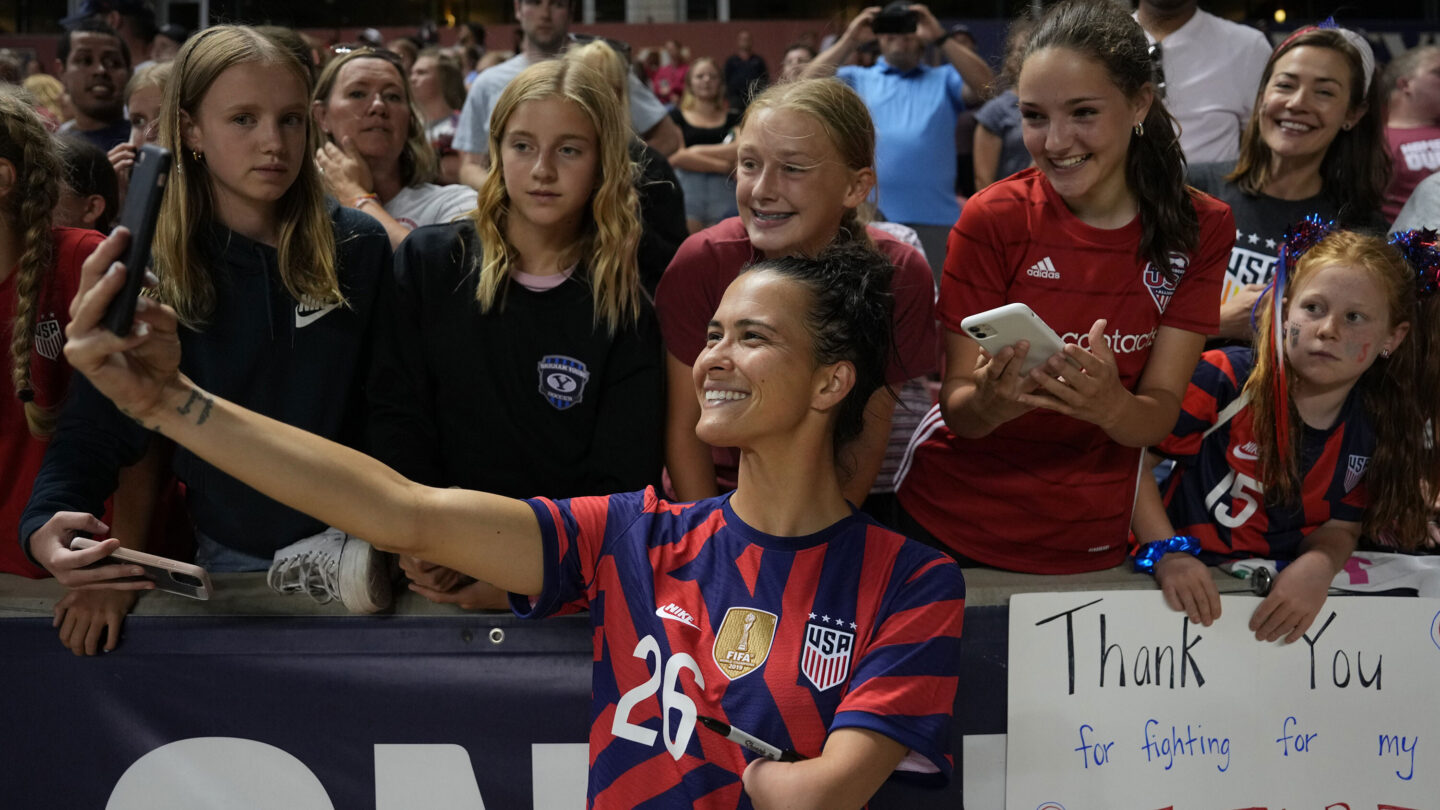 When Carson Pickett made her 100th NWSL regular season appearance on May 18th, 2022, there was an element of surprise at WakeMed Soccer Park. She was coming on the field as a substitute for attacker Taylor Smith to start the second half and occupy the role of left back. Pickett is usually dispatched in this role, but as a starter. As she made her way onto the pitch, her admirable milestone was announced from the press box. It was an important reminder of the growth we have seen in her career over the last six years.

After the match ended, I was able to ask Courage head coach Sean Nahas about her achievement and how important Pickett’s presence has been for the club. Even he was admittedly surprised about the announcement of her career milestone.

“I didn’t know it was her 100th [appearance] until they announced it,” Nahas said. “Carson is a massive piece of what we have done the last two years. She’s been tremendous. She was the best left back in the league last year. If you are in this league and you are voted to the Best XI, you deserve to be called to the national team camp.”

On June 13th, 2022, the pleas for her to receive a call up to the national team had reached a point of culmination. Pickett made history when she was called into the USWNT’s 26-player camp for two friendlies against Colombia.

She became the first player with a limb difference to be called into the U.S Women’s National Team.

On June 28th, Carson Pickett made her first appearance for the USWNT as she was inserted into the starting lineup for the friendly against Colombia.

The lingering questions are mainly surrounded on how everyone outside of the Courage, her club team, values her as a player. Particularly, whether or not the U.S Women’s National team felt she was deserving of a call up.

Pickett was nominated to Best XI for the NWSL in 2021. Nahas expressed his opinion regarding assigning value in the league. He believes assigning “value” should be conducted by rewarding the players in the Best XI the chance to come to national team camp.

Pickett’s immense skills have been essential to the club. She is a viable attacking option from the left back position as well as a dependable defender. The 28-year-old possesses the tools to contribute to both sides of the game. Her crosses and deliveries into the box usually are on target or placed in a dangerous area for the opposition. She was first in the NWSL with 233 crosses and second in the league with five assists in the 2020/21 season. She possesses excellent technical ability and is an accurate passer. Pickett also displays a high level of composure on the ball and is able to dribble past defenders as well.

Defensively, she also displayed a proficiency for the game. Pickett led the NWSL with 55 interceptions during the 2020/21 season. Her awareness on the pitch allows her to anticipate and react in defensive situations. Pickett is adept at timing her tackles well and facilitates stability against dangerous attackers the Courage has faced.

This skillset at the outside back position is extremely beneficial for teams. A complete outside back can make significant contributions from an attacking and defensive standpoint. Pickett’s development in her six year career has seen her blossom into having the capabilities of a complete full back. This is one of the main reasons why many have been advocating for her to receive a call up to the national team.

Other players have occupied the left back role at the international level. Racing Louisville’s Emily Fox is currently in the squad and started the match against Colombia on June 25th. The usual starter for the USWNT at the left back position, Crystal Dunn, is not currently with the squad after welcoming the birth of her first child in late May.

When Dunn last appeared for the USWNT in September 2021, she featured as a left back against Paraguay in a 9-0 victory. Dunn typically occupies this role for the team, but her versatility allows her to play several different roles as a midfielder or forward. Dunn has spoken openly about her desire to play in a different position for the USWNT.

“I’ve always given a very soft answer of, Yeah I don’t like playing left-back, but I am a team player,” Dunn said. “And so all of that is true. At the end of the day, I would play whatever [position] to represent my country, if that means playing outside back, then I’m game.”

At the club level, Dunn currently features as a forward.

There is a significant chance that Dunn would likely return to the position of left back upon her next callup to the national team. In the case Dunn’s request for a positional change was granted, Emily Fox would likely become the first choice left back. Pickett could then become the clear second choice for that position. Some may still advocate to continue to bring Pickett into the squad with Dunn as the first left back.

Arguably, one could make a case for Carson Pickett being the first choice left back for the USWNT even when Crystal Dunn returns.

Pickett’s growth as a player has hit a major milestone. But, the inspiration she continues to provide to others with a limb difference or people in general is boundless.