Are Jurgen Klopp And Liverpool Rebuilding? 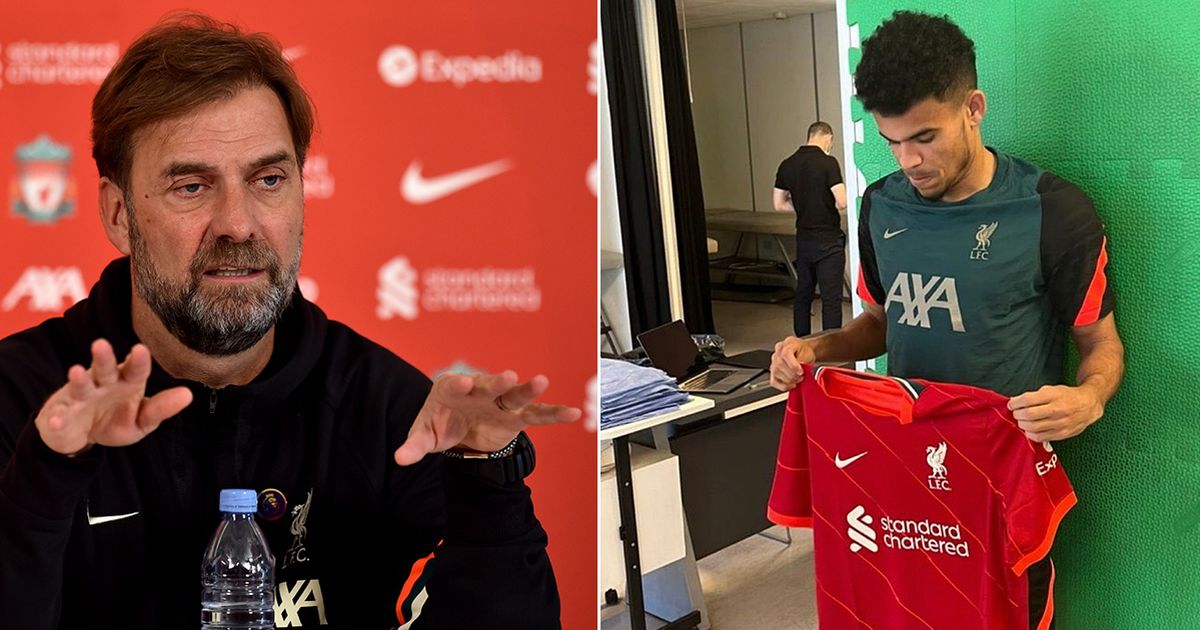 How Contract Negotiations, The Signing Of Luis Diaz And A Potential Signing Could Affect The Future Of Liverpool FC

Liverpool Football Club is in one of the most crucial player re-negotiations in its history.

Keen to extend the contract of arguably one of the best players in the world, Mohamed Salah, Liverpool intends to lock up the former Premier League Golden Boot winner for the remainder for his playing peak.

Salah’s current contract will expire in June 2023 and Liverpool has already started ‘positive’ talks to retain him at Merseyside. With the length of Salah’s contract winding down, Liverpool will aim to come to an agreement as soon as possible to avoid a situation where it could lose the star for a slightly discounted price, or worse for free, if talks extend beyond January 2023.

Salah is not the only star at Liverpool on an 18-month contract. The other two pieces of its preferred and revered attacking trio, Sadio Mane and Robert Firmino, have even less time on their contracts.

These imperative negotiations also serve as a stark reminder that Liverpool will inevitably have to prepare for the day when these three can no longer play together.

The transfer negotiations and the signing of Luis Diaz in January are clear indications the club is bracing itself for that eventual day.

Liverpool completed a £37 million dollar transfer for Ruiz, a 25-year-old Colombian international. At FC Porto Diaz stood out as one of the most promising attackers in Europe, notching 16 goals and six assists across 28 appearances this season.

His exceptional dribbling ability and potency in front of goal helped guide Porto to first place in the Primera Liga of Portugal. He has put together some special performances in the Champions League as well, attracting the interest of other elite clubs such as Tottenham, Newcastle, Manchester United and Chelsea.

As the winter transfer window drew closer to the deadline, Tottenham looked set to be the frontrunners to secure Luis Diaz’s signature. But Liverpool tipped their Premier League rival as negotiations began to stall. Liverpool has been a long-time admirer of Diaz and manager Jurgen Klopp believes Diaz has “everything needed” to fit into Liverpool’s attacking system.

It should be noted that Klopp’s assessment bears merit when analyzing Diaz’s stats.

Along with his impressive attacking numbers, Diaz also displays a good level of commitment to the defensive side of his game. He ranked 2nd in the Primera Liga in the number of times he won possession in the final third (18). In Klopp’s attacking system he would be forced to press when the team is out of possession. His willingness to win the ball in advanced positions would be a perfect fit for Liverpool. Although his tackling can improve, it is obvious that Diaz is cognizant of his defensive responsibilities.

When Diaz is on the ball and in 1v1 situations he flourishes. He has bags of creativity, inventiveness, and flair. He uses a simple change of direction to dart past defenders, but also is not afraid to try something outlandish when he gets in a tight situation. Take a look at this piece of mesmerizing skill he pulled off when playing with Colombia:

His off the ball movement is equally incisive. Diaz usually plays on the left and usually stays in central positions on the pitch when his team is out of possession. He has plenty of pace and a tendency to make darting attacking runs beyond the shoulders of defenders.

Diaz likes to keep his width which forces fullbacks to make decisions on whether they will stay compact or pull wider to defend him. If he decides to come more narrow, it will create space for left-back Andy Robertson to attack.

Simply put, Diaz looks like he could be the perfect fit for Liverpool, and he has all the tools necessary to blossom into a Premier League star.

With forward Diogo Jota being introduced to Liverpool last year and enjoying such rich form, Diaz and Jota are definitely key pieces that could headline an attack for the Reds in the future. Both players are 25 and entering their prime.

Liverpool’s most recent negotiation of the transfer window was a further signal of the club’s intent to bolster its young attacking talent.

After entering negotiations with Carvalho in the days leading up to the close of the transfer market, there was hope Liverpool could get the deal across the line. The deal eventually collapsed on the brink of midnight.

Carvalho completed a medical before the deadline, however, his contract and other essential documentation were not signed off on time. According to reporter Fabrizio Romano, the two clubs reached a full agreement that would have Carvalho bought and then loaned back to Fulham for the rest of the season. As a result, the deal was forced to fall through.

Liverpool is hoping to complete Carvalho’s transfer in June of 2022. He is one of the most exciting prospects in English football.

The 19-year-old forward possesses superb dribbling ability and is an exceptional finisher. He is capable of playing out wide or as a deeper attacking midfielder. That versatility would be advantageous to Jurgen Klopp’s squad.

Carvalho has set the Football League Championship alight this season, scoring seven goals and providing three assists in 18 appearances. He even received minutes with Fulham in the Premier League last season and scored in his first start against Southampton. His ability to create chances for himself and others has left Liverpool scouts with ‘glowing’ reviews.

The signing of Diaz and the ongoing negotiations to sign Carvalho definitely represents Liverpool looking toward the pursuit of creating an attacking force for the future. Both players are extremely talented and are developing into dangerous playmakers in the final third.

With eyes squarely fixed on the future, Liverpool must remain steadfast in its focus on the present. First, the most pressing issue at hand is figuring out the short-term plans for its famed attacking trio.