Less Is More – How Vinicius Junior Got Red Hot 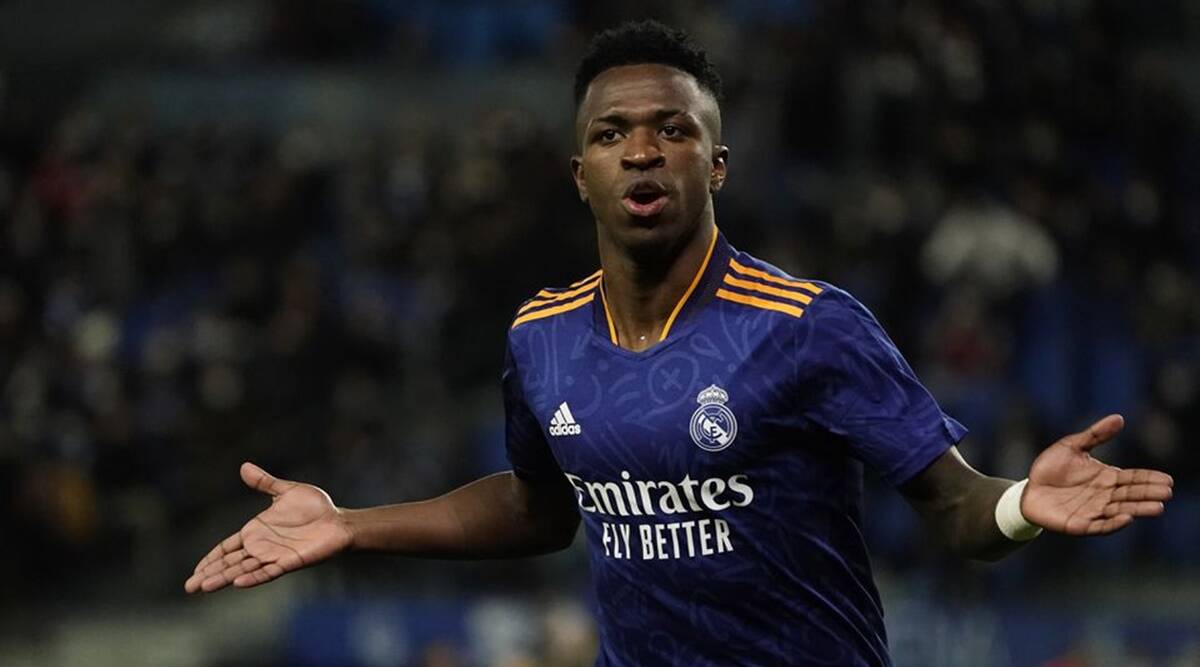 It was only a year ago Vinicius Junior was facing criticism from every angle.

Disappointed Real Madrid fans labeled him as talented, but ‘frustrating’ due to his erratic finishing in front of goal. Zinedine Zidane, the Real Madrid manager at the time, seemed reluctant to rely on him as a consistent starter. Even his teammates seemed to question his ability. It is hard to forget when club legend Karim Benzema was heard on camera telling his fellow teammate Ferland Mendy not to pass the ball to Vinicius. It was in the tunnel during halftime of their fixture against Borussia Monchengladbach on October 27th, 2020.

“Don’t play [the ball] to him,” Benzema said. “On my mother’s life. He is playing against us.”

His ability to withstand that level of pressure and criticism seemed to be the deciding factor in whether Vinicius would have a long term future with Real Madrid. That ability would be having the mental fortitude to deal with the ‘Madrid standard’. The longstanding history and commitment to winning trophies, a fanbase of 450 million supporters, and the weight of starring in a post ‘Galactico’ era that saw Cristiano Ronaldo depart Madrid. After being signed for €45 million at the age of 18, Madrid expected to be signing an almost infallible young superstar.

That inordinate pressure was summed up well by El Mundo, a daily Spanish newspaper, in a description of Vincius in 2018. “A player who is forever tormented, teetering on the edge, on that invisible line between genius and ridicule.”

Only a year after that pressure seemingly reached its breaking point, Vincius is now looking like nothing short of a genius. The ridicule has evolved into unrelenting praise.

The Brazilian has been in red-hot form in recent months. On current form, he is arguably one of the best players in the world. 12 goals and 10 assists in 24 appearances this season have helped fire Real Madrid to the top spot in La Liga and to the Champions League knockout stages. His ten goals in La Liga this season is three more than his combined total of seven goals over the last three seasons.

The narrative began to slowly shift in April towards the end of last season. Vinicius scored a sensational brace in the first leg of the Champions League quarter final against Liverpool. There was a sense of ruthlessness when he buried his first goal past Liverpool goalkeeper Allison. He displayed bravado with a mix of composure.

Entering this season, that goalscoring run only continued. Three goals in the first two league matches got him off to a perfect start. This left people wondering what Vinicius had done differently to compete at such a high level.

Simply put, everything has changed for the better. Vinicius has always been a superb talent blessed with blistering pace, silky smooth dribbling and dazzling flair. His decision making and confidence in front of goal is what was in question. These aspects of his game have improved leaps and bounds this year.

Every advanced stat points toward his improvement in the final third. His shots on target, key passes, and progressive carries per game have all increased. Take a look at the increases seen since last season.

Vinicius is now combining his ability to dribble into good positions with better decision making which has enhanced his effectiveness in the final third. A dribbling run that led to Vinicius scoring a goal was analyzed by Real Madrid legend David Beckham. Vinicius’ intelligence and composure to spot a one-two with Luka Jovic ended up producing a chance.

Another example could be provided in his scintillating performance against Celta Vigo where Vinicius recorded a goal and assist. His ability to carry the ball left Celta Vigo dismantled. In the match, he attempted the same number of take-ons as the entire Celta Vigo team combined.

In terms of finishing and scoring more goals, coaches have been honing in on making sure Vinicius understands his positioning on the pitch. New manager Carlo Ancelotti arrived this summer and had clear instructions on what Vinicius needed to do to get more goals.

“As for scoring goals, I’ve told him that it’s rare to score after taking five or six touches,” Ancelotti said. “To score, you need one touch or maybe two maximum. You have to be in the area.”

Against Valencia, it was even simpler. He hit a one-time strike that he was able to sneak past the keeper into the near post.

Off the pitch, Vinicius has become even more committed to reaching elite levels of success. He hired personal trainer Thiago Lobo to enhance his physical attributes. Extensive work after his training sessions has helped him shed unnecessary body fat and build more muscle. This has made him quicker and fitter without losing his agility. Lobo is one of the most prestigious fitness coaches in Brazil who has worked alongside Gabriel Barbosa and Neymar. His presence at Vinicius’s home gym is ensuring he gets the necessary workouts away from the Valdebebas training ground.

In conjunction with the workouts, Vincius has hired a personal chef for his residence. Nutrition has been taken into account to help him take his game to the next level. He wants to follow the ‘Cristiano Ronaldo method.’ Fruits and vegetables, whole grain carbs, and high protein foods have been added to his diet to help to refuel post workouts.

There has been a heightened focus on the mental aspects of football as well. Reportedly, Vincius has hired a sports psychologist. This gives him a sense of added support. Someone to help him train how to control his emotions and be able to withstand the psychological pressure of the ‘Madrid standard’.

When the pressure reached its breaking point, Vincius enhanced his commitment to improving every single aspect of his game.

That persistence and diligence is currently paying dividends. He is playing in another stratosphere, even further beyond the level people who uphold that so-called ‘Madrid standard’ could have ever imagined.