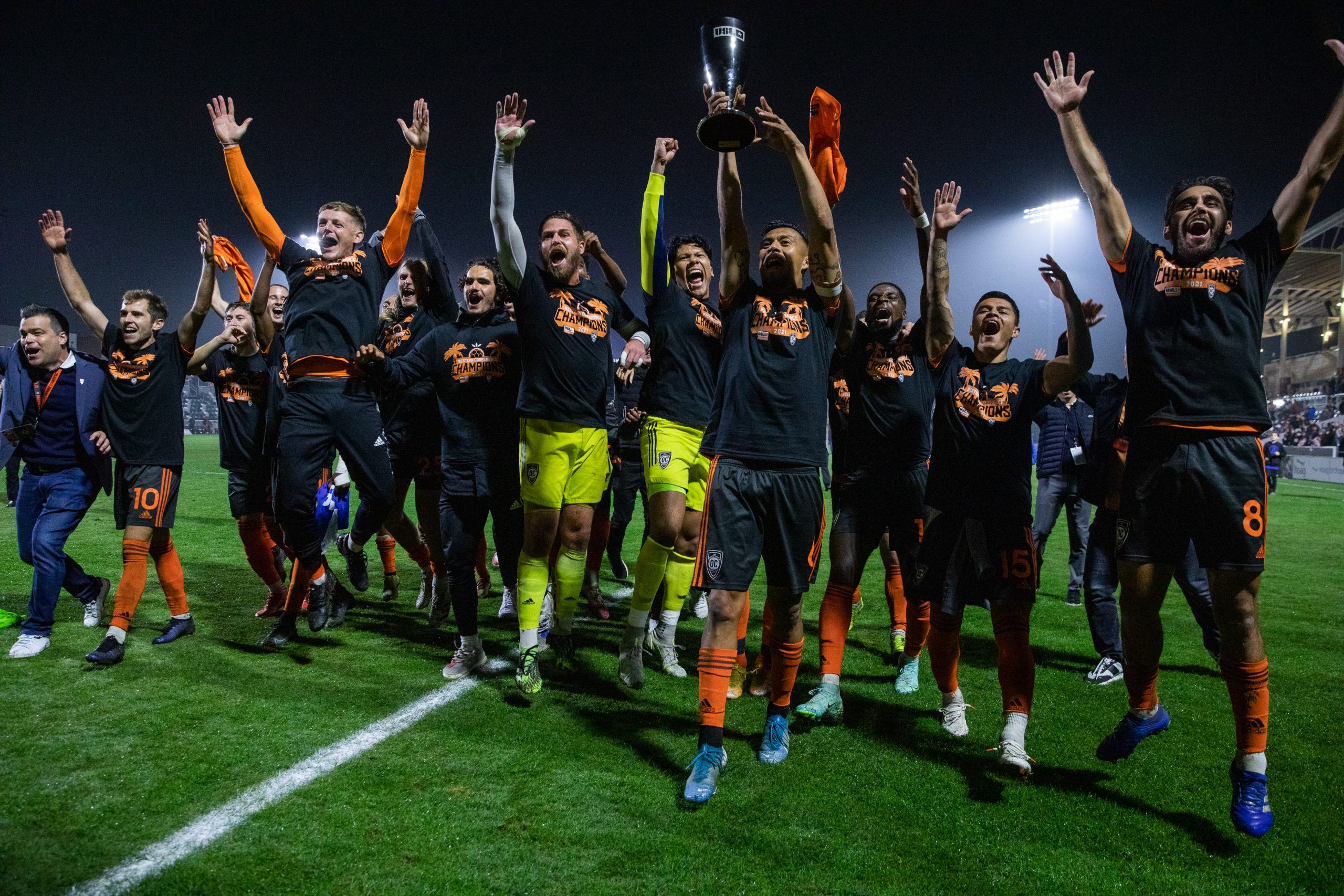 Orange County SC now is headed to its first USL Championship Final in the club’s history following a nerve-wrecking penalty shootout where San Antonio FC’s penultimate kick taker missed the penalty and Sean “Ugo” Okoli had the game-winner for OCSC.

The game began as OCSC looked like the stronger side; they would find their opening in the 39th minute. Brent Richards found Ronaldo Damus in the box from a throw-in on the right side, who let off a right-footed volley that found the bottom left corner as it went past the outstretched hands of Jordan Farr. The record crowd of the 5,386 supporters in attendance began to roar in elation, knowing OCSC was a step closer to the USL Championship Final.

“I mean, the atmosphere here was fantastic,” San Antonio FC midfielder Dillon Powers said. “Every time (the fans) lifted us up tonight, I could feel it. There was an injection of energy onto the pitch.”

San Antonio FC picked up a bit of momentum early in the second half, creating viable chances and in the 67th minute would get itself level when Connor Maloney centered the ball into the box from the right side for Marcus Epps, who leaped up near the far post and headed the ball into the left corner to the distant roar from the away supporters.

Epps would provide another moment of risk and in the 81st minute, his promising shot curled just wide right as OCSC goalkeeper Patrick Rakovsky nervously watched the ball slide past the post.

The game headed to extra time for the second consecutive week as Orange County FC hunkered in for at least another 30 minutes of playoff soccer.

OCSC almost scored after a centering pass from Seth Casiple caused some problems in the box for San Antonio FC late in the first period of extra time, but Jordan Farr came up with a crucial triple save to neutralize OCSC’s attempts. Casiple had another promising chance from right outside the box in the 116th that flared wide of the right post.

After two scoreless 15-minute periods, the two squads set up for the shootout and both converted their first three kicks from the spot.

Okoli was the man to take OCSC’s fifth attempt, and his right-footed and low, driven shot lodged into the bottom left corner as his teammates rushed over to celebrate knowing Okoli had just sent them to their first-ever USL Championship Final.

USL representatives presented OCSC with the Western Conference trophy, and the celebrations with the County Line Coalition supporters commenced.

“I’m so happy, the dream was to get to the championship,” Damus said through a translator. “But the championship is not finished yet, because we have one more week to finish the job and get the objective done.”

In his first half-season as head coach of OCSC, Richard Chaplow has led the team to heights they’ve never seen yet reached. Since taking over in mid-August, OCSC has lost just three games under Chaplow.

OCSC faces the Tampa Bay Rowdies for the USL Championship Final on Sunday, Nov. 28 at at Al Lang Stadium. Kickoff is set for 5:30 PM PST.