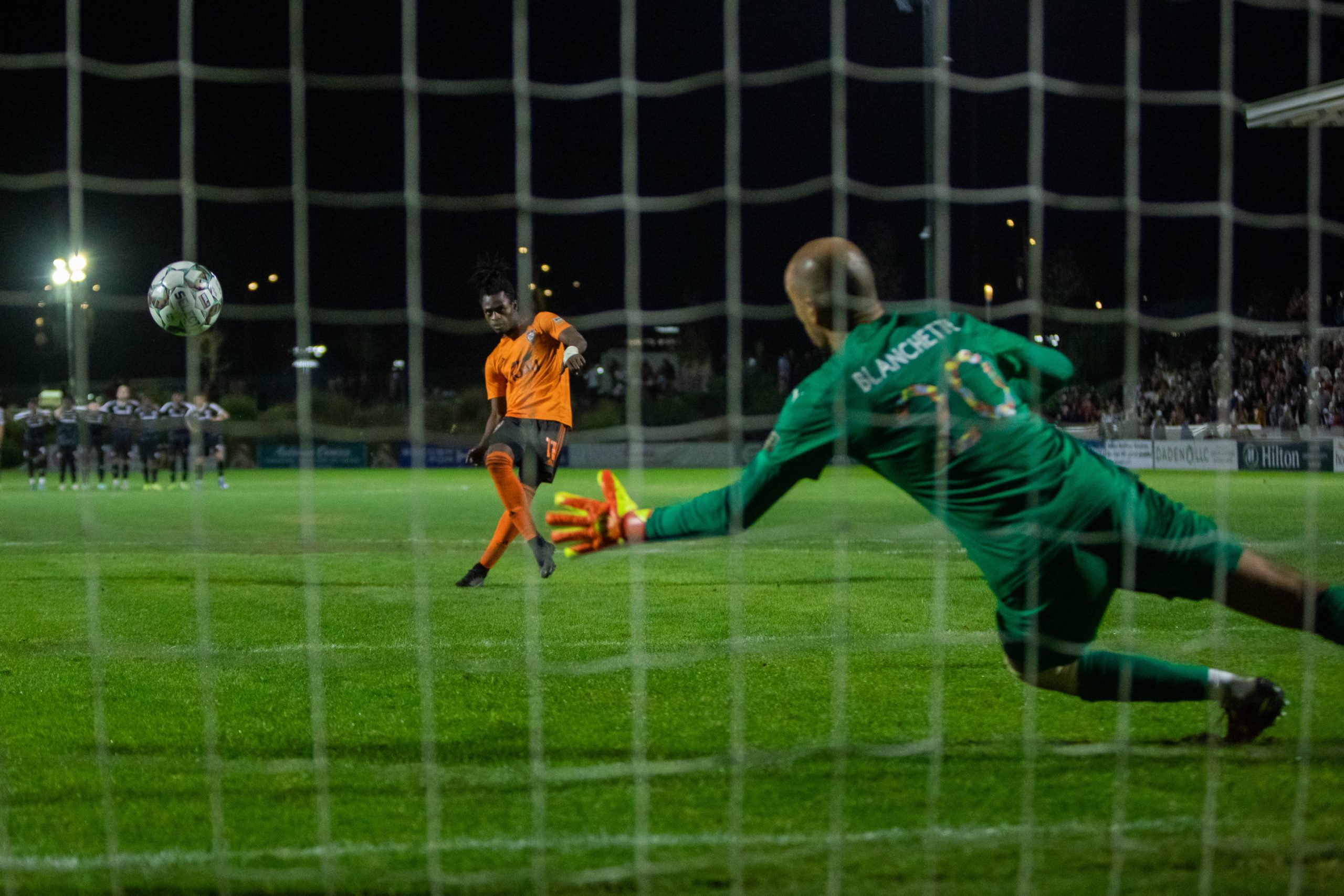 After Scoreless 120 Minutes, OCSC Tops Oakland Roots SC 6-5 In Shootout To Move One Win Away From USL Championship Final

The highly-contested match, scoreless after 120 minutes, culminated with Ronaldo Damus scoring the winning penalty to send the Men in Orange to the Western Conference Finals for the second time.

“I think we’re on the right track (and) we’re going for that championship. We need everybody to be with us,” Orange County SC defender Michael Orozco said.

Guillermo Diaz almost put Roots SC ahead in the 30th minute, but his shot from the right side of the box rattled the left post as it went wide.

During stoppage time of the first overtime, Ronaldo Damus had seemed to put OCSC ahead with a driven header that found the bottom right corner, but the referee called it back for offside.

“It’s good to see the officials looking at details like that,” Chaplow said.

OCSC and Roots SC players would convert all of five penalties, and the shootout went to sudden death.

Akeem Ward took Roots SC’s sixth penalty but OCSC goalkeeper Patrick Rakovsky dove to stop a ball going to the right side. Rakovsky jumped up after the save to celebrate the possible game-winning stop as Damus stepped to the spot with the chance to to see the team through to the Western Conference Finals.

Damus stutter-stepped in his run-up but didn’t hit it effectively, and Blanchette saved the botched attempt. The assistant referee’s flag immediately went up as the referee pointed to the spot for a re-kick as Blanchette was judged to have jumped off his line before Damus took the shot.

With his second attempt Damus took his time to read Blanchette before converting in dramatic fashion as it lodged into the top right corner. There was a triumphant uproar from the sold-out crowd in attendance, acknowledgment that OCSC had just clinched a spot in the Western Conference Finals.

“Happy on that one. It worked out for us,” Chaplow said.

The OCSC back four held Roots SC scoreless for 120 minutes and to just one shot on target, making 18 interceptions, 18 clearances, and 22 tackles.

OCSC played without defender Rob Kiernan or Kobi Henry. Kiernan was out due to a red card he picked up in the Western Conference quarterfinals, while Henry was on international duty with the United States U-20 National Team.

This win is OCSC’s seventh consecutive dating back to the regular season, and the club has conceded just one goal over the stretch.

OCSC’s next game will be on Saturday, Nov. 20, when it hosts San Antonio FC, which cruised to a 3-1 win over Rio Grande Valley FC to clinch its first-ever appearance in the Western Conference Finals. The game will be held at Championship Stadium. Kickoff is set for 7 PM PST.