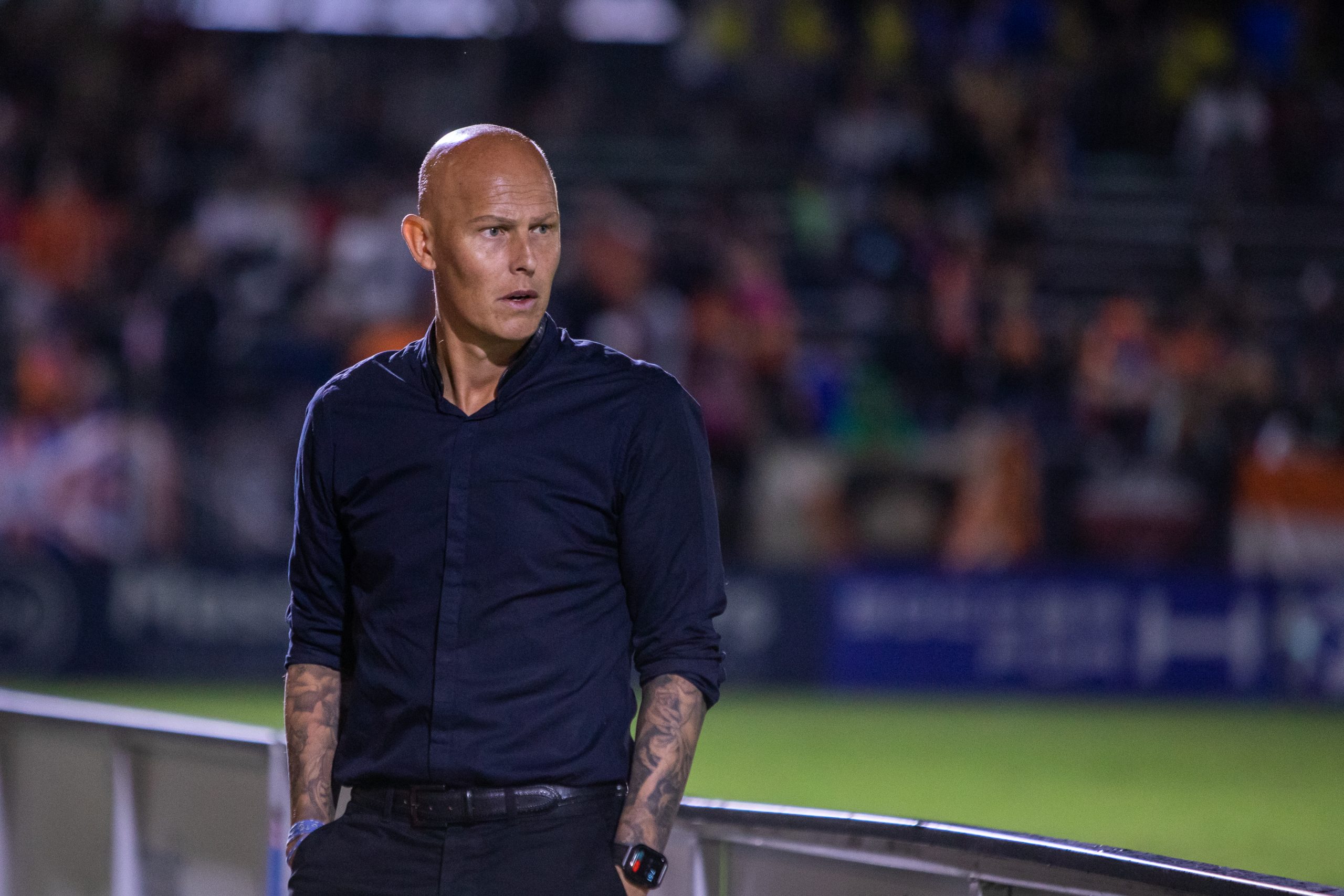 Orange County SC announced on Tuesday, Nov. 9, that it was moving forward with Richard Chaplow as its new head coach.

Chaplow was appointed interim head coach in mid-August after Orange County SC decided to part ways with Braeden Cloutier after four years. Chaplow becomes the seventh head coach in the OCSC’s 10-year history as a USL Championship side.

When Chaplow took over the team was going through a rough patch; the Englishman helped turn the tide for OCSC and keep hopes alive for lifting the USL Championship trophy.

The results started trickling in as soon as Chaplow was appointed interim head coach, In his first game at the helm of the Men in Orange, Chaplow led visiting OCSC to a comeback win over San Diego Loyal SC, 2-1, on Aug. 21.

Since his hiring, Chaplow led the team to an 8-3-2 record as OCSC ended the regular season with an impressive 15-10-7 record, with the club going on a hot streak to end the regular season, winning its final five matches tp finish second in the USL Championship Pacific Division and clinch a playoff spot.

“We have been very impressed with Richard’s leadership and professionalism since taking over as interim coach,” Orange County SC President Oliver Wyss said. “Richard has been a true winner throughout his entire playing career, and I am convinced he will continue his successful ways as our head coach. Richard is fully aligned with the goals and expectations of our club, and we are looking forward to seeing him lead our team for years to come.”

Prior to being named interim head coach, Chaplow had been an assistant coach under Cloutier since 2019, following his retirement from professional soccer.

Chaplow played for Orange County SC from 2016-’18 before joining the coaching staff; a year before the OC Blues rebranded to OCSC.

In three seasons with OCSC, the Accrington, England native made 57 appearances, scoring four goals and adding four assists. In 2018, Chaplow captained the squad to a first-place finish as OCSC clinched the Western Conference regular-season title.

“I am honored to be named head coach of Orange County SC and would like to thank the management for the faith they have shown in me,” Chaplow said. “Having grown with the club over the years, I understand the expectations, and I am excited to lead us forward. My staff and I will do everything we can to put a team on the field that Orange County can be proud of.”

He most notably was part of the Southampton FC squad that gained promotion to the English Premier League during the 2011-’12 season after a seven-year drought.

During his career as a player across two continents, Chaplow made 412 appearances, scoring 36 goals and adding 23 assists.

Chaplow’s next test as a head coach comes this weekend when OCSC hosts Oakland Roots SC at Championship Stadium for the USL Championship Western Conference semifinals. The game will be held on Saturday, Nov. 13, Kickoff is set for 7 PM PST.

Bonetto is a student at CSU Long Beach. He writes about Argentinian football for LA Soccer Press. Follow him at @tristanbonetto on Twitter.