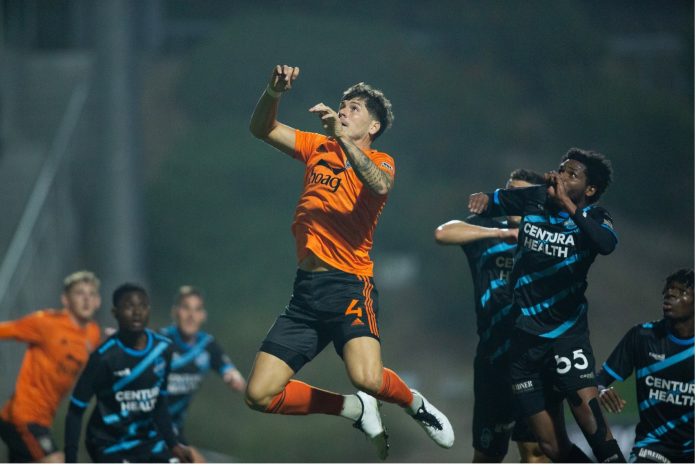 OCSC had gone on a crusade to end the USL championship regular season, winning its final five matches, and now adding a sixth to that tally after an impressive win against Switchbacks FC.

Perhaps the most remarkable part; the team seems to be getting stronger as each game goes on. The group’s cohesion has hit its highest point this season, and their optimistic goal of lifting the USL Championship trophy is starting to look very possible.

Against Switchbacks FC, the action started early with a superb save from Patrick Rakovsky in the 11th minute. Hadji Berry received the ball thirty yards outside the box and let off a right-footed low-driven shot that looked like it was going into the bottom right corner, but Rakosvky, with cat-like reflexes, got down in time and saved the ball with ease.

In the 29th minute, a curling center from Mikko Kuningas from a set piece found Rob Kiernan in the box as he sent a driven header towards goal that Sean Melvin parried away. Michael Orozco tried to get the ricochet, but he was too eager as he was called offside. Two minutes later, Kiernan received a red card for bringing down Thomas Amang.

Despite playing down a man, OCSC continued to push forward and create chances on goal when in the first minute of first-half stoppage time, the Men in Orange found their opening.

A throw-in from Brent Richards reached Tommy McCabe right outside Switchbacks FC penalty area. McCabe tried to take a shot but botched the volley as it bounced to Ronaldo Damus in the box. Damus controlled the ball and sent a lasering volley to the top left corner for his 15th goal in 28 USL appearances this season.

Rakovsky came up with another crucial save in the 84th minute after Deshane Beckford threaded a pass to Berry, who turned to shoot but Rakosvky was already there to clean up the danger as he parried the ball out for a corner kick.

In the 92nd minute, Zachary Zandi had another chance for Switchbacks FC, but his shot from forty yards out would go just wide left.

After 97 minutes the referee blew the final whistle as OCSC clinched a berth in the Western Conference semifinals against USL newcomers Oakland Roots SC, which clinched a playoff berth in their first season as a USL Championship club.

The game will be held at Championship Stadium on Saturday, Nov. 13. Kickoff is 7 PM PST.