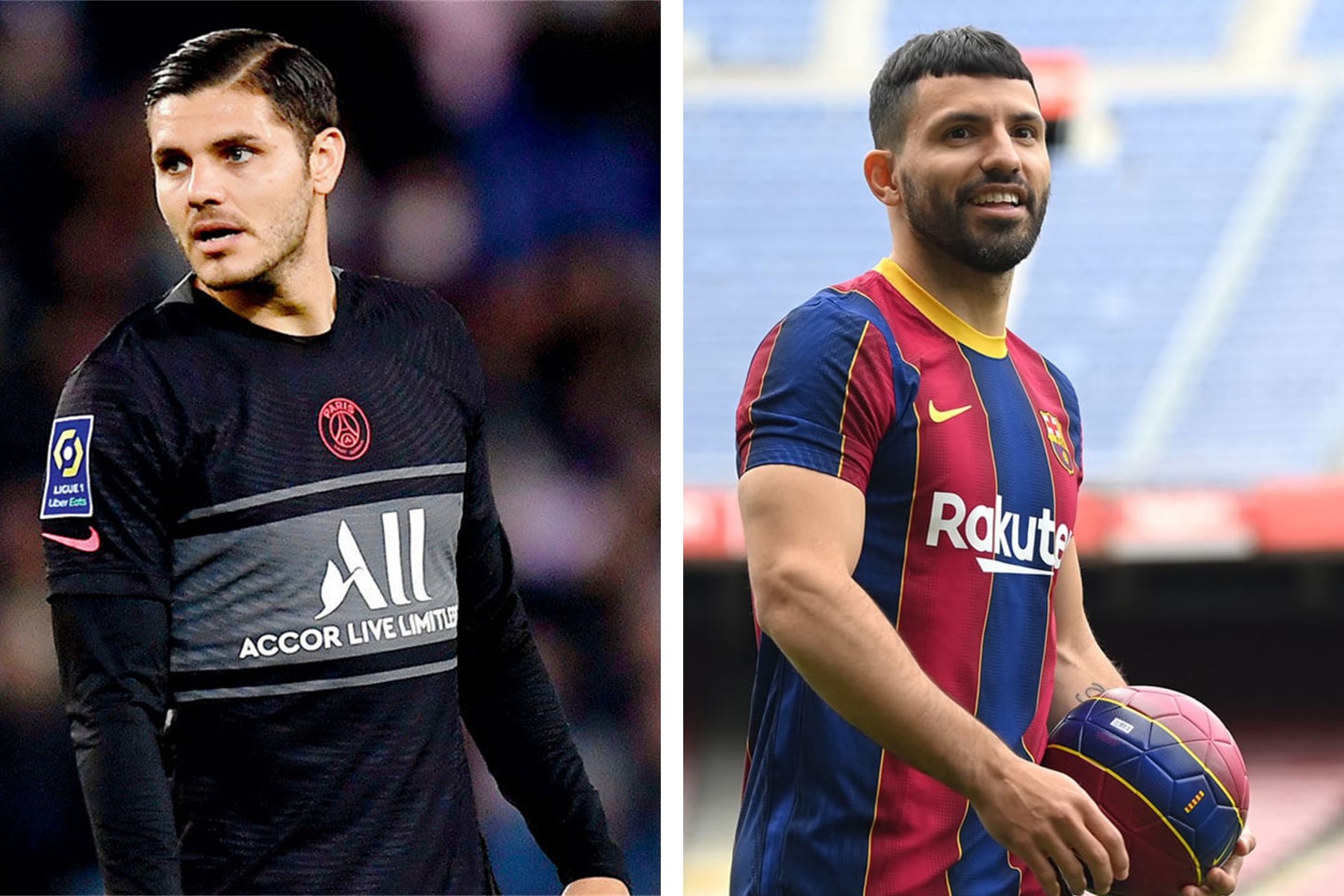 It seems the Parisians are in a bit of a predicament at the moment.

Paris Saint-Germain attacker Mauro Icardi is being linked with a swap deal to FC Barcelona in exchange for Sergio Agüero, and not only is PSG contemplating a potential swap deal with the Blaugrana, but Lionel Messi is supposedly urging the French side to make the deal happen.

An alleged fallout between the two Argentinians behind the scenes stems from Icardi’s animosity for being snubbed from the Argentinian national team multiple times in recent years. He blames La Albiceleste’s talisman for not getting the callup to represent his country, which has put a strain on his relationship with Messi.

It has become so toxic that Messi has started to create a divide in the locker room, and PSG wants to avoid more disagreements between Messi and Icardi so the club is deeply considering a swap deal with Barcelona to bring Agüero to the French capital.

Not only would this deal could alleviate the rift between Messi and Icardi, but it could provide vital assets for both teams. Here’s why:

If the swap deal happens, Agüero could be reunited with Messi, his long-time friend and Argentina teammate. Agüero and Messi developed a close bond as teammates for Argentina, as regular roommates on international duty. When Agüero joined Barcelona in the summer on a free transfer from Manchester City, many speculated and assumed that it was to finish the last years of his career with his friend Messi. When Messi had to leave Barcelona unexpectedly because of their financial woes, Agüero was left bewildered as he saw his compatriot sign with PSG. Aguero could embrace the role off the bench for PSG more than Icardi has.

With Messi, Neymar, Mbappe, and Di María upfront, it’s hard to see Agüero, 33, breaking into the starting squad for the Parisians, but this could work in the veteran’s favor as he is not suited to play a full 90 minutes. Agüero could be able to come off the bench when needed and absolutely make a difference. Having a guy who scored 260 goals for Manchester City in 10 years is an excellent weapon to have in your back pocket. Now, what does Barcelona get out of this swap deal if it culminates?

Icardi, 28, is younger than Agüero and in his prime physical years. and he could be an important asset rotation-wise as Barcelona competes in La Liga, Copa Del Rey, and Champions League. Ronald Koeman could use him intermittently to give Memphis Depay some rest for Champions League matches and start Icardi in La Liga, and Copa Del Rey matches.

A change of scenery might be precisely what Icardi needs right now; since joinindg PSG from Inter Milan in 2020, he has appeared in 49 matches in Ligue 1 and has scored only 22 goals. Most of his appearances have come from substitutions in his time with PSG, and he has sparsely started. Before moving to PSG, Icardi had quite a successful stint with Inter Milan, scoring 111 goals in 188 appearances in the Serie A for the club. A move to Barcelona could reinvigorate Icardi and get him back to the form that inclined PSG to sign the striker in the first place.

The potential swap deal comes amid rumors of infidelity on Icardi’s part after his wife and agent, Wanda Nara, accused her husband of having an affair with Argentinian model China Suarez. Last weekend, Nara announced on social media that she had looked through her husband’s phone and found provocative messages between Suarez and Icardi. She quickly publicly denounced Icardi on her social media, alleging that the act ruined their family.

Icardi was included in the Champions League squad against RB Leipzig on Tuesday but told PSG he was not in the right “mind frame” to join the squad for the match. Icardi asked to take a leave of absence from PSG to reconcile with his wife, who flew to Milan after thrashing him on social media.

A week of going back and forth on social media and now it seems the couple is back together, making the idea of this swap deal all the more intriguing as there remains a real possibility both parties can gain value.

Bonetto is a student at CSU Long Beach. He writes about Argentinian football for LA Soccer Press. Follow him at @tristanbonetto on Twitter.