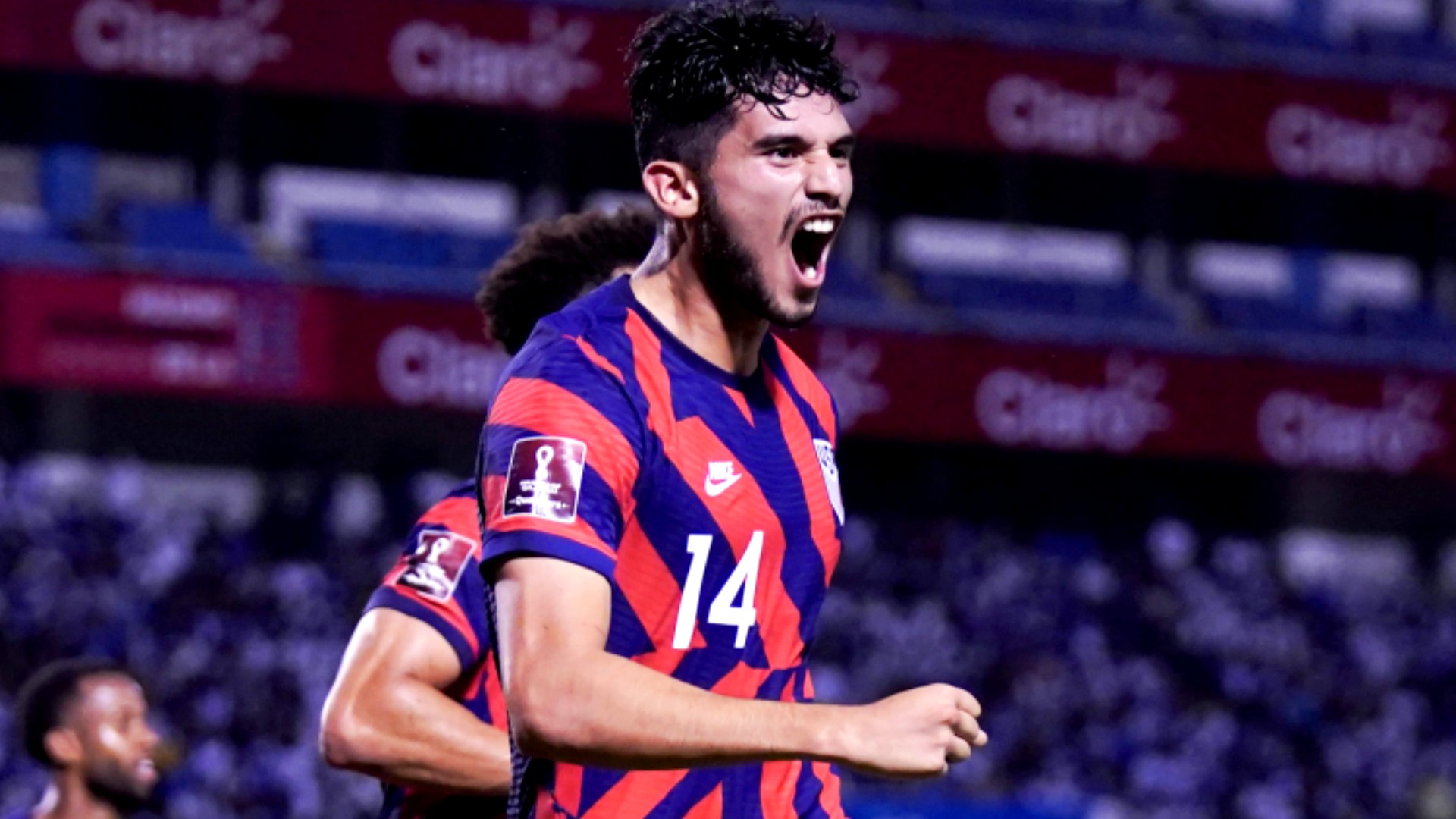 As the final whistle blew Wednesday night in Columbus, OH, it was clear the United States Men’s National Team meant business as it wrapped up its second fixture window for CONCACAF World Cup Qualifying.

The United States picked up six points out of an available nine during the window, positioning itself in second place behind Mexico, whom the U.S. opens the next window against at home.

The USMNT kicked off this window at home to Jamaica in front of a wild crowd in Austin, TX. Q2 Stadium reverberated with support for the United States in a dominant 2-0 win over the Reggae Boyz, outshooting Jamaica 17-5 with 62-percent possession.

Both goals scored by young superstar and Texas native Ricardo Pepi (pictured) in the win. The FC Dallas forward continues to make a name for himself, and his top showing in his home state should cement his budding legacy.

With the mood shifting toward a smooth sail all the way to Qatar, the seas got rough in Panama. Traveling into a hostile environment is never easy but expectations were crushed once against as the United States was flat and limped its way to 1-0 loss.

The team lacked creativity and didn’t have an attacking spark at all throughout the night. They produced zero shots on target and didn’t do much of anything in the attacking third. And on the anniversary of that fateful night in Trinidad and Tobago, this was especially troubling for veteran fans.

As quickly as the situation turned dire, the concerns of so many were heightening by a first-minute goal at home to Costa Rica.

The sold-out crowd in Columbus was silent.

The team, however, responded and Sergio Dest scored a world-class equalizer in the 25th minute. The U.S. went on to get the game-winning goal when Timothy Weah launched a shot off the post that deflected off of Costa Rica keeper Leonel Moreria and into the back of the net.

The goal was credited as an own goal against Moreria, but no one in Columbus cared. The team kept the pressure on, retaining 64-percent possession of the ball, and as the final whistle blew the fans breathed a deep sigh of relief.

The United States currently sits second in qualifying with seven games to play, and while a loss in Panama disappointed, six points keeps the team even with Mexico’s pace.

A win at home against Mexico in November will continue could quiet the remaining questions about this team, and Gregg Berhalter is likely pleased with where they are in the table halfway through qualifying for Qatar 2022.

Robbins is a native of New York City and a student at University of Alabama. He writes about Major League Soccer and the USMNT for L.A. Soccer Press. Follow him at @nickrobbins12 on Twitter.