NC Courage Wills Itself To Victory In Return 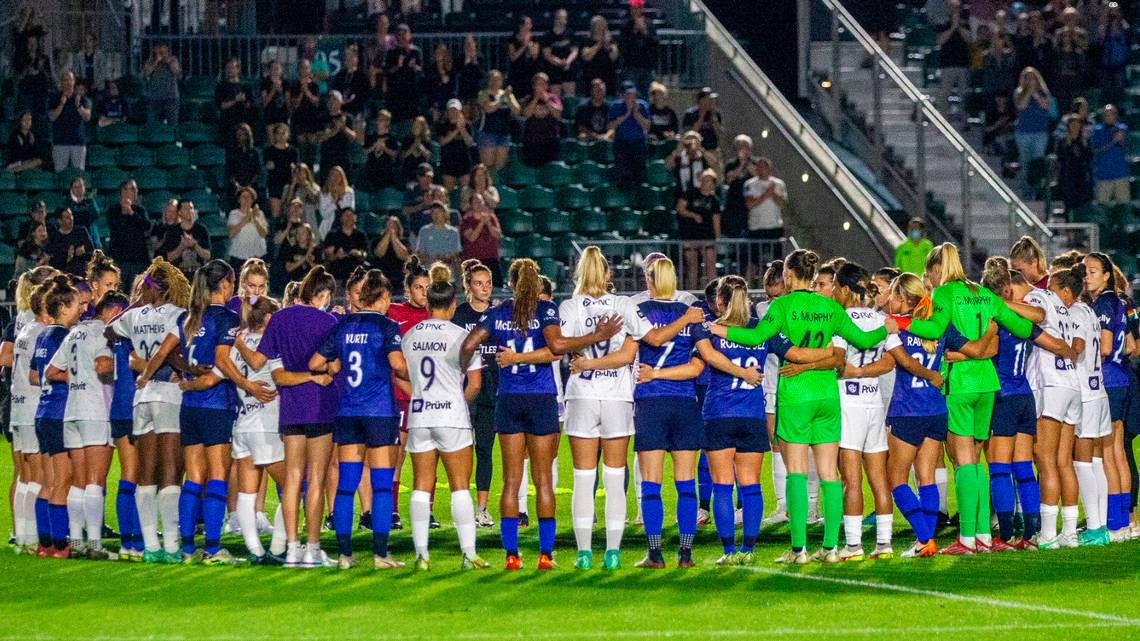 On Wednesday, Oct. 6, North Carolina Courage players prepared to take the field as sisters bonded through solidarity for the first time since The Athletic’s appalling report on the allegations of former head coach Paul Riley.

About seven hours before the match, North Carolina Courage club owner and chairman Steve Malik penned a letter regarding the heinous report. He stated the club was aware of the investigation of Riley in 2015, but the Courage were told he was in ‘good standing’.

The statement left fans and others associated around the game puzzled in regards to what  Malik knew before hiring Riley. Malik’s letter has received criticism due to a week of him remaining silent and not releasing more information regarding the extent of the knowledge he had regarding Riley’s status. There have been pleas for Malik to present to the public who specifically told him Riley was in good standing and the number of people that presented this information to him.

NC Courage subsequently informed the public that Courage players would not be available to meet with the press after the match.

In the lead up to the match several Courage players posted touching captions in their Instagram posts or Tweets that reflected the solidarity the players were going to carry into an emotional match. Carson Pickett posted a powerful caption of camaraderie on Instagram with a picture of a team huddle.

Courage fans were given advance notice through the independent supporters club, The Uproar, to wear black in support of the players.

Fifteen minutes before kickoff, the NWSL PA announced teams across the league would be stopping play in the 6th minute to signify the six years it took for the NWSL to fully acknowledge the abuses Mana, Sinead, and many other players have brought forward. Furthermore, the PA has submitted a list of demands to the league. One demand includes that every club in the league will complete their own independent investigation into abusive behavior. Each club’s independent investigation will have until October 13th to submit their agreement with the demand.

After the match kicked off, players from both Racing Louisville FC and the North Carolina Courage met in the center circle in the sixth minute to a standing ovation from the crowd to represent the six years it took for allegations across the league to be properly acknowledged.

Amy Rodriguez doubled the Courage’s lead after she coolly finished her shot past Lund in the 19th minute. Both goals provided the Courage a dream start and extra sense of energy from raucous fans that provided an energetic atmosphere.

Racing Louisville FC forward Savannah McCaskill received the ball on the edge of the box and hit a rocket that nestled into the top corner in the 24th minute to halve the deficit.

The Courage restored their two goal advantage in the 30th minute after Jess McDonald headed the ball into the path to tee up Debinha and the Brazilian international finished an exceptional half volley to restore the Courage’s two goal advantage.

The Courage dominated possession for the rest of the match and the players used their sense of motivation, assuredness, and inspiration to guide themselves to a 3-1 victory.

Courage players left the pitch to standing ovations from fans and interim head coach Sean Nahas guided his team around the pitch to greet fans and supporters in a post-match celebration.

The Courage will be back in action on Sunday, Oct. 10 when they take on the Houston Dash in Houston, TX.