USMNT: Nine Points Are A Must This World Cup Qualification Window 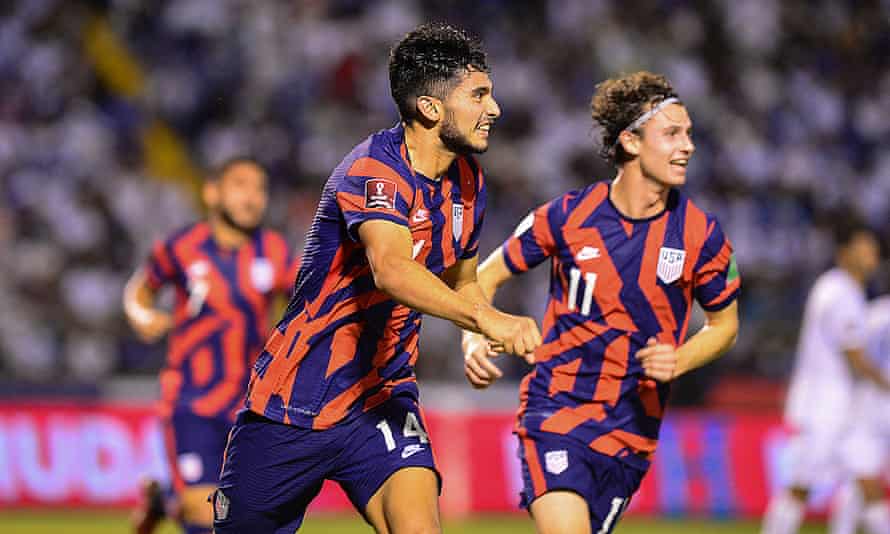 The U.S. Men’s National Team picked up only five points out of an available nine during the last international window, and is desperate to build off of that.

Coach Gregg Berhalter has called up a noticeably different roster for this round of games after multiple players had to call off for numerous reasons, with this team set to play two matches at home sandwiching at trip Panama City.

They’ll look to get things going as they open the three-game set at home in Austin, TX, against Jamaica. The U,S. will travel to a hostile Panama for a game hosted in Panama City, and will round out the window at home against Costa Rica in Columbus, OH.

The USMNT most recently played Jamaica during last summer’s CONCACAF Gold Cup, where it emerged 1-0 winners before winning the whole tournament. Prior to that the island nation lost 4-1 to the United States in a friendly in March.

The U.S. will be making its first appearance at the brand new Q2 Stadium in Austin, TX. The game is sold out and the the team needs to make a strong first impression after disappointing to start the last set of qualifiers.

Jamaica have started the qualifying octagonal poorly, with only one point from the first round of games. The Reggae Boyz need a statement win and get on the right track.

The United States next makes the trip to Panama to play a familiar foe in Central America. Panama shockingly qualified for the 2018 World Cup and have also started off with five points this campaign, but the U.S. easily beat Panama 6-2 in a Nov. 2020 friendly hosted in Austria. Panama City will be a hard place to play to play, a win will show serious intent.

Returning stateside to host another strong team, Costa Rica. the USMNT recently got the better Costa Rica 4-0 during a friendly domination in Utah in June.

The U.S. returns to play its first game in Columbus’s new soccer stadium, Lower.com Field. The former Columbus stadium, Mapfre, was the one of the nation’s most successful home venues, and site to many iconic moments in U.S. soccer history. The stage is set to make more memories in front of another sellout crowd.

A 27-man squad was called into Austin where Berhalter has been holding his camp in the lead up to the games. Of the 27 called in 11 Major League Soccer players are the roster. This is supplemented by a host of talent from Europe. However, most notably missing from the squad is Christian Pulisic, who is suffering from a nagging ankle injury he picked up in the last round of qualifiers.

Returning to the squad are Tyler Adams and Weston McKennie. Adams had been out with nagging injuries and McKennie was sent home during the last round of qualifiers for breaking team COVID protocols. It still remains unclear exactly what McKennie did in Nashville to be sent home.

Other squad highlights include FC Dallas’s Ricardo Pepi (pictured). The 18-year-old wreaked havoc against Honduras scoring a goal and setting up others.

Berhalter has a decision to make in goal between Zac Steffen and Matt Turner. Turner has been lights-out for New England as the team leads MLS in points, largely due to great goalkeeping.

Steffen has rarely played for Manchester City in England, only playing in the cup competitions. He looked good in two appearances so far, one in the EFL Cup and one in the FA Community Shield. There is some concern over whether Steffen has been too rested.

The team is in a good position in third behind Mexico and Canada. Earning nine points in this window would set the team up nicely before it hosts Mexico in the next window.

While Berhalter may be missing some attacking talent, two home games in front of sellout crowds plus a solid back bone of a team should set them up nicely for at least two wins and a draw.

Even seven points would go a long way as qualifying drags on toward Qatar 2022.

Robbins is a native of New York City and a student at University of Alabama. He writes about the U.S. Men’s National Team and Major League Soccer for L.A. Soccer Press.