The Complicated And Continuing Legacy Of FC Barcelona’s No. 10 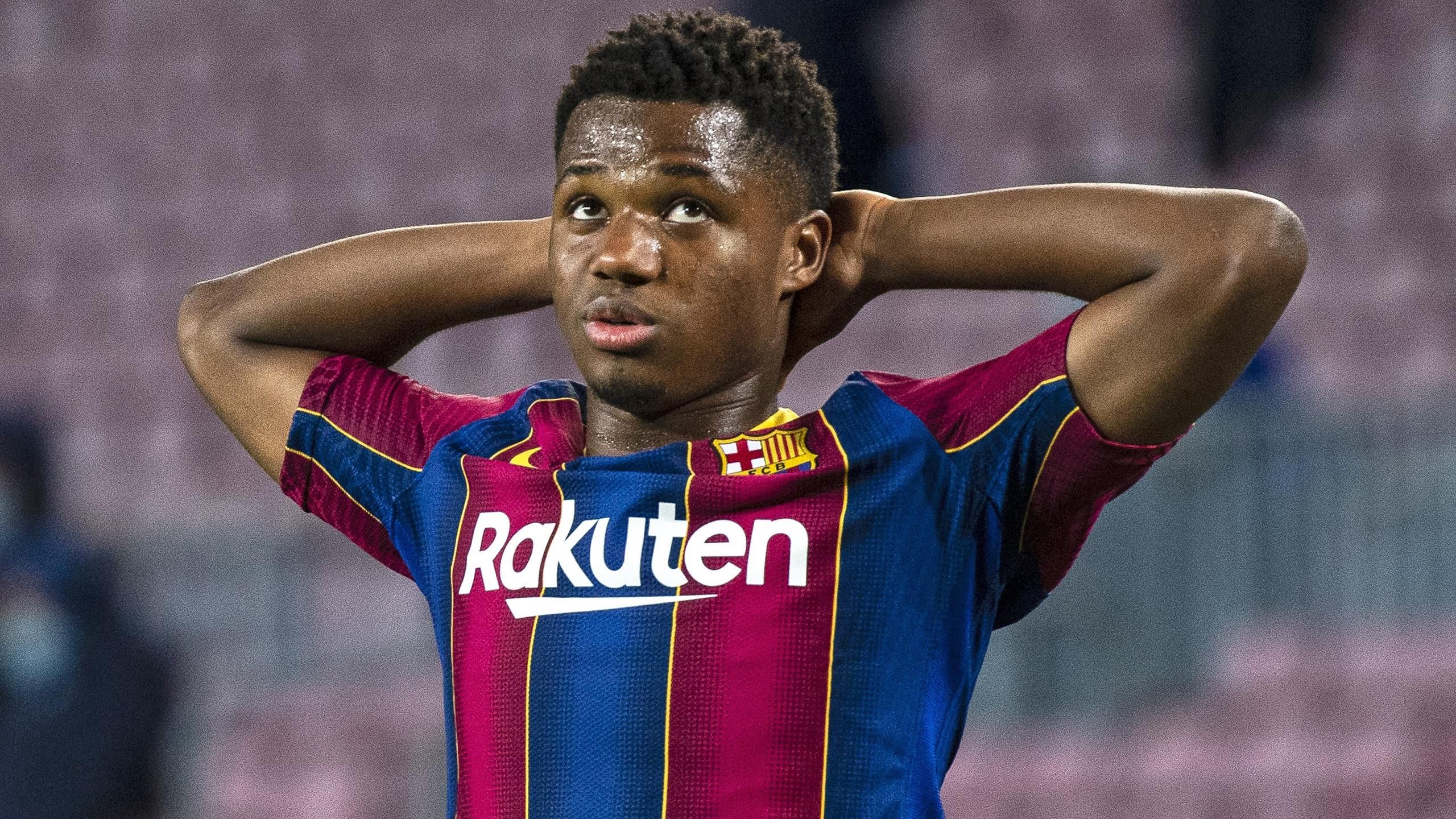 Trust is often built through consistency, and although Ansu Fati has been injured for nine months, he has been consistent.

At the age of 16, Fati did more than just step into the spotlight for FC Barcelona. He burst onto the scene as an emerging superstar.

The last player to progress this quickly at Barcelona was Lionel Messi. With the departure of Messi in August, Barcelona believe now is the time for ‘The Continuing Legacy of FC Barcelona’s No. 10’ to fall to Fati to begin his ascent from star into super stardom. On Sept. 1, Barcelona announced the No. 10 shirt would be handed to Fati.

A number worn by legends such as Messi, Ronaldinho, Rivaldo, and represents a level of prominence in the football world. Perhaps, this is the highest level of trust Barcelona can bestow Fati.

When Fati joined the Barcelona academy at the age of 10, he was noted as a generational talent. His elevated level of creativity, intelligence, and technique at a young age was evident. He starred in the UEFA Youth League scoring a plethora of stunning goals that put Barcelona on notice that he was ready to take the next step into the first team.

The rapid progress that was put on hold in November 2020 due to a torn meniscus now has a chance to continue. Fati returned to Barcelona training on August 5th and is eyeing a return to action after the international break. This is the moment Barca and Fati have been waiting for.

The prized jewel of the Catalan giants now has the opportunity to step into the spotlight as a superstar in his own right.

Bori Fati, Ansu’s father, was left emotional as he understands how significant the moment of receiving the No.10 shirt is for his son’s future. He quickly rushed to the club store to purchase his son’s new jersey.

“We are very happy,” Bori Fati said. “I have no words to describe what it means that Ansu inherits the 10 from Leo Messi. I have no more words. It is a moment of emotion that must be kept forever.”

The excitement surrounding Fati’s return is palpable. The last set of matches that Fati appeared in for Barcelona, the 18-year-old displayed sensational performances. He notched five goals and four assists in ten appearances across all competitions for the Blaugrana. As his return draws nearer, fans are eager to see how Fati will continue to develop.

His untapped potential is a reminder that his game is not yet complete. Although Fati is a gifted passer, he can improve his crossing and become physically stronger. He may continue to grow due to his tender age, but his crosses can complete his development as an attacking threat.

Usually deployed as a left winger, Fati can continue to work on his weak foot to become a better creator. Only one of his 11 goals in La Liga have come from his left foot. An added sense of comfort on his left foot could make him close to unstoppable in the final third.

He already possesses an intelligence on the pitch that is almost unparalleled to anyone his age. Comparing his first season to his second season with Barcelona, he improved in every metric in the final third.

Chances created, successful dribbles, shooting accuracy, and key passes are all significant aspects of his game that improved, according to Soccerment.com. These statistics are notable considering Fati already creates 1.86 chances per 90 minutes. Continued improvement in terms of his precision in attacking areas could mark his ascent into an attacking genius.

Fati has all the tools to become an intuitive playmaker and lethal finisher. If he puts all the pieces together, some believe he has the potential to become a Ballon d’Or winner in the future.

After entering a transition period that must begin without perhaps the best player of all time, Barca has put the future of the club in the hands of Fati. Placing the No. 10 on Fati’s back is an indication to all that Barcelona is confident Fati can reach these projected heights.