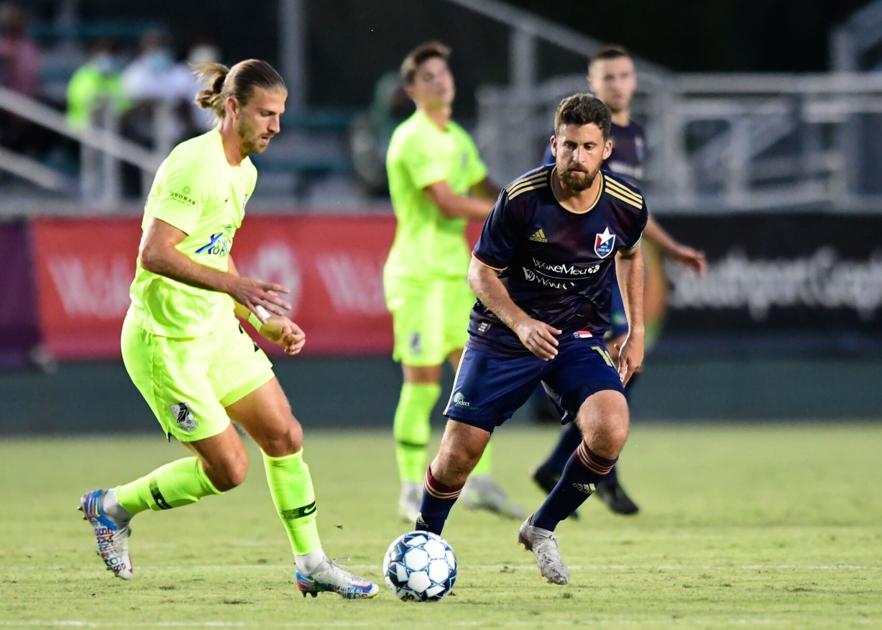 A brace from left back Daima Vlader and a header from Ricardo Rivera steered Union Omaha to a comprehensive victory in the club’s first match against North Carolina FC.

Daima Vlader danced past a couple of defenders and hit a stunning near post strike to open the scoring for Union Omaha in the 7th minute.

The Union Omaha Owls went on to create promising chances as the first half progressed, but struggled to find a goal to double their lead.

Union Omaha midfielder Devin Boyce struck a sensational volley in the 40th minute that came close to dipping into the roof of the net, but NCFC goalkeeper Jake McGuire produced a leaping fingertip save.

The Owls were gifted a penalty five minutes into the second half after Jake McGuire took down Evan Conway in the box. Vlader stepped up to the spot and buried his penalty into the corner to double Omaha’s lead.

NCFC substitute Jay Tee Kamara nearly curled a stunning effort from the edge of the box in the 62nd minute, but the ball went just wide of the far post.

New signing Dan Steedman entered the pitch as a substitute to make his debut for NCFC in the 76th minute. Steedman signed a contract with North Carolina FC for the remainder of the season on Aug. 27.

Owls striker Ricardo Rivera directed an accurate header past McGuire to increase the lead to 3-0 in the 85th minute.

Union Omaha defended well for the rest of the match and secured a vital clean sheet to secure themselves the top spot in the league. The Owls have a game in hand compared to the Chattanooga Red Wolves who are currently in second place.

Head coach John Bradford was still pleased with the effort of his club tonight, but feels there were a couple of mishaps in crucial moments of the match.

“I think in critical moments we kind of let ourselves down a bit,” Bradford said. “We had a decent first half, but I don’t think our response was not good enough to get us back in the game.”

In a match with 25 fouls and five yellows, physicality played a huge role especially in the second half. Bradford believes a match that was very frenetic on both sides towards the end of the game will give his young squad more experience.

Bradford is optimistic about some aspects of the match and saw a number of positives the club can take into their next matches.

“The effort and intensity the guys continued to play with and the belief in what they were doing even though they were down 1-0 at halftime,” Bradford said. “I think everyone that came into the game made a positive impact.”

NCFC will look to secure a victory versus New England Revolution II on Saturday, Sept.11. The fixture will be Nazmi Albadawi’s last match before he retires from professional football.

Dakwa is a student at Elon University. He covers North Carolina FC football for L.A. Soccer Press. Follow him at @JDakwa on Twitter.