The U.S. Is Ready To Kick Off 2022 World Cup Qualifying 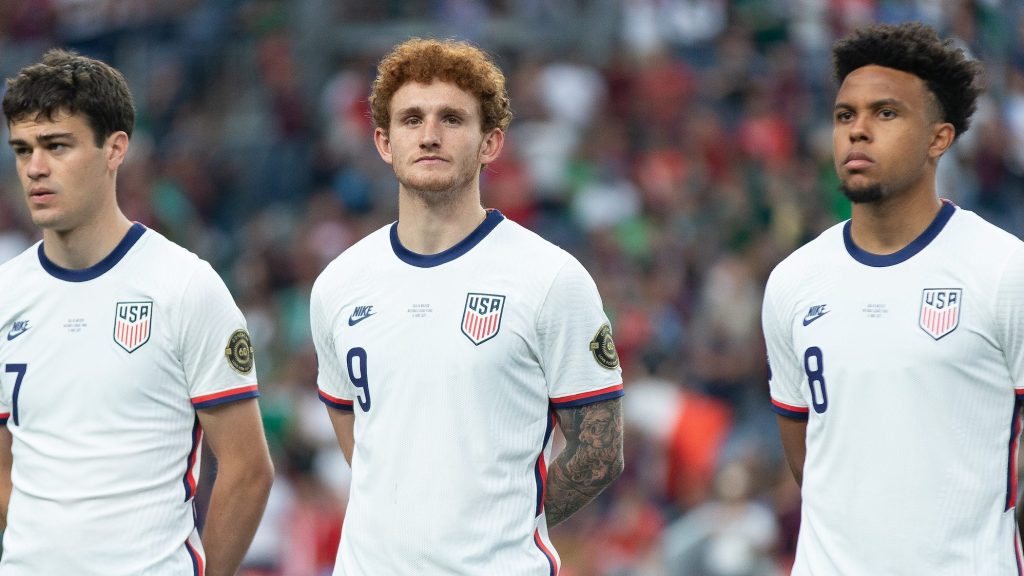 A Grueling Campaign Through The CONCACAF Octagonal Starts Thursday

Following a super successful summer, the United State Men’s National Team begins its fall with a set of three World Cup Qualifiers during the first week of September.

The team is preparing to begin what looks to be a grueling campaign as it attempts to qualify for the 2022 World Cup after missing out on the 2018 edition.

The campaign starts on Thursday, Sept. 2 in El Salvador. The team then returns stateside, hosting Canada in Nashville, Tenn. on Saturday, Sept. 5, before making a trip to Honduras on Sept. 8.

It’s a brutal stretch of three games in seven days as this young but experienced roster start the qualification process. The team currently is in Nashville, which has been set up as the team’s training hub for this cycle of games.

Tight turn arounds and plenty of flight miles will be the norm of the new CONCACAF World Cup Qualifying format. The new format is nicknamed ‘The Octagonal’ as it now features eight teams rather than the previous six.

Teams will play in a home-and-away round-robin format with the top three teams automatically qualifying for Qatar 2022 while the fourth-best team with enter an intercontinental playoff against a team from either Asia, South America or Oceania.

This new format means squad rotation is as important as ever for Gregg Berhalter, who will make sure all his guys are fully fit.

Christian Pulisic cleared COVID protocols earlier this week and has been training. Pulisic, who is fully vaccinated, tested positive two weeks ago while in England with Chelsea FC. It is expected that he will rest during the trip to El Salvador with the hopes of playing in Nashville against Canada.

Striker Tim Weah was removed from the roster after suffering a thigh injury playing for Lille in France. A replacement has yet to be named for the roster.

While the U.S. dodges qualifying favorites Mexico and Costa Rica in this first slate of games, all three teams this window have something to prove.

El Salvador has not qualified for a World Cup since 1982 and are coached by American Hugo Perez. The U.S. has easily dispatched them the last three times the sides have faced off.

The match at home to Canada will prove to be an interesting one. Canada is good and hungry, and have not qualified for a World Cup since 1986. They want to go to one before co-hosting the 2026 edition with the United States and Mexico.

This Canada team is young and strong with the likes of Alphonso Davis, Tajon Buchanan and Jonathan David hoping to make a lasting impact.

While the USMNT has dominated the rivalry historically, the Canadians did shock a dysfunctional U.S. team in October 2019 in Toronto. A full-strength squad should be expected for this game and Pulisic should play.

Following the game in Nashville the USMNT flies to Honduras, which qualified for the 2010 and ’14 World Cups before failing to qualify in ’18.

Honduras held the U.S. to a draw during 2018 qualifying. Missing out on those two points were devastating for the USMNT. The U.S. also struggled to beat Honduras in June at the CONCACAF Nations League playoff semi-finals., so it will be interesting to see how the squad fares during this third game.

Four years on from that embarrassing showing in the last round of qualifying, the U.S. has a new squad under a different coach, and the team has made strides toward sustained success.

Now it’s up to Berhalter to make sure the team gets off on the right foot by picking up nine points from nine available during this window and taking a big step toward qualification for Qatar 2022.

Robbins is a native of New York City and a student at University of Alabama. He writes about Major League Soccer for L.A. Soccer Press. Follow him @nickrobbibs12 on Twitter.