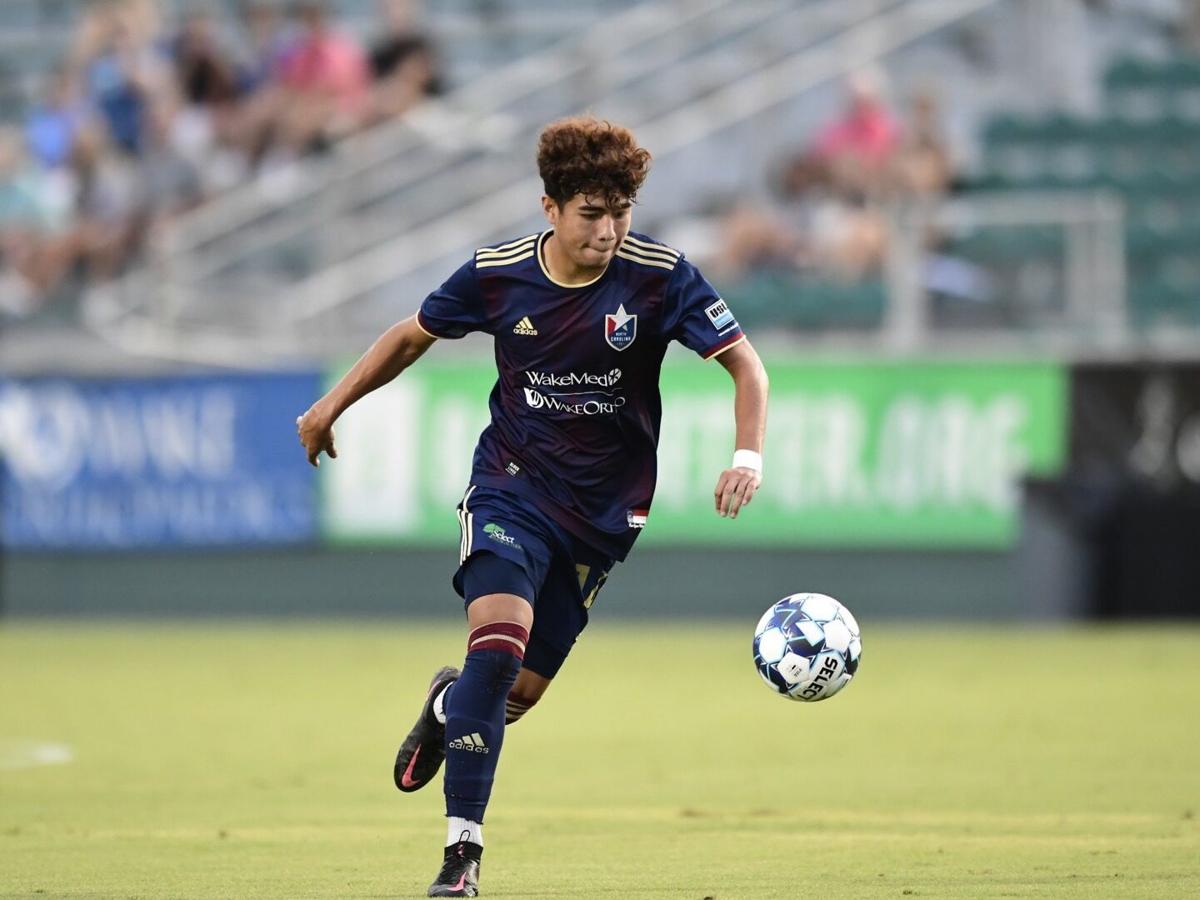 Martinez gave NCFC a dream start when he blasted a superb shot from 30 yards out that snuck past the Forward Madison keeper to open the scoring in the 8th minute.

Only a few minutes later, Robbie Kristo pulled off a moment of brilliance  as he leaped and in mid-air connected on a bicycle kick that drifted just wide of the post.

Forward Madison came close to equalizing in the 27th minute when Derek Gerbhard drifted past multiple defenders in the box with a stunning run and tried to slide the ball past NCFC keeper Jake McGuire.

At the outset of the second half, Forward Madison began to increase their influence on the match as they began getting numbers forward to create more chances. The visitors engineered some half chances but couldn’t take advantage of any of their opportunities early in the half.

NCFC’s latest signing Aziel Jackson made his debut when he was brought on as a substitute in the 63rd minute. He nearly notched his first assist in the 70th minute as he cut back a ball for Cole Frame in the box. Frame struck a sensational shot that had the keeper beat but it cannoned off the crossbar.

Jackson produced another noteworthy moment of quality in the 79th minute as he evaded two defenders in the box with a great piece of skill and rifled a shot that sailed over the bar.

Forward Madison had another golden chance to equalize in the 83rd minute when a ball was crossed into the box for an opportunity for a wide open Justin Sukow who couldn’t get a solid on the ball.

NCFC sat back and remained compact defensively for the final moments of the match to secure a tightly contested victory. Conceding goals early in matches has been an issue for NCFC throughout the season, but tonight it was NCFC who got on the front foot first. Head coach John Bradford was particularly impressed with the team’s ability to get off to a great start and hold their lead.

“You have to step on the field and have the energy that is superior to the other group,” Bradford said. “We were trying to make sure we were playing the way we wanted to play and not have it be a game where we dealt with another team’s thought process.”

There was a great deal of intensity in NCFC’s play and great individual performances across the pitch. Minnesota United loanee Aziel Jackson impressed in his first match in NCFC colors and Bradford is eager to have him in the squad for the rest of the season.

“He is a quick player who is very good technically in terms of dribbling and Minnesota United has told me he was the best finisher they had,” Bradford said. “He is another guy like Luis Arraiga and Nelson Martinez that I knew from the youth national team system. So, when he became available we were excited for him to come and join us.”

NCFC will look to carry their good form in this match with hopes of notching a second consecutive win on Saturday, Aug. 28 when they take on Richmond Kickers in Richmond, VA.