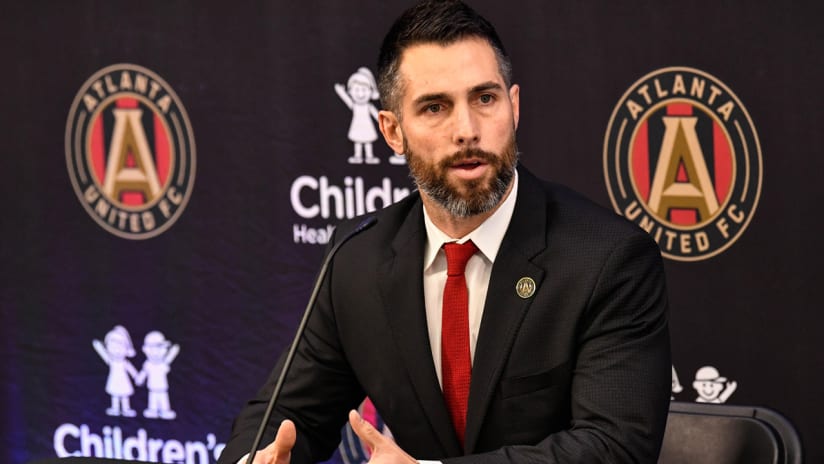 Now That Gabriel Heinze Has Been Given The Boot, Who Are The Likely Candidates To Replace?

Atlanta United are looking for a new manager after the dismissal of Gabriel Heinze.

At first, it seemed that Atlanta United got their man this season when they appointed Gabriel Heinze as its new manager. It didn’t go as planned, and the Atlanta United board had to give him the boot.

It was rumored that Heinze refused to give the players enough water during training and limited their days off. Allegedly, the medical staff had to intervene Heinze’s plans because it was affecting the players’ health and well-being.

Carlos Bocanegra (pictured) and Darren Eales stated that they probably should have done more extensive research while hiring Heinze. They thought Heinze was the right candidate after talking to former players and staff about how he got along with others, but both have since stated that they will take more time and conduct more interviews in order to find the right candidate for Atlanta United’s next manager.

Pineda and Preki are part of Seattle’s coaching staff. It would make sense for Atlanta to go with either of the two coaches but Pineda seems more likely to get the job. Pineda has stated that one day he wants to start his own managerial career when the opportunity comes, and was rumored to be Seattle’s manager if Brian Schmetzer didn’t renew his contract. Also, D.C. United once flew him to its office for an interview to fill a managerial vacancy.

Preki, on the other hand, already has managerial experience in MLS with Chivas USA and Toronto FC, and even won a USL championship with Sacramento Republic FC. Atlanta could very easily lean toward Preki for his pedigree.

It is incredible that Gallardo is still at River Plate, time and again refusing offers abroad in favor of staying at the club. It might seem impossible for him to take the Atlanta job, but anything could happen. Gallardo is no stranger to the MLS, having previously played for D.C. United in 2008. He also was rumored with the Orlando City job before the club went with Oscar Pareja. It would take a lot of convincing to have him leave River Plate for MLS, but if Atlanta pulled it off it could mean game-over for other MLS teams. And with the possible signing of highly-rated Argentine Thiago Almada to Atlanta, Gallardo could be the man to coach the player into one of the best in the league.

Klinsmann might not be a flashy name anymore after a poor ending with USMNT in 2018 and his recent job with Hertha Berlin, but he is still a good manager and previously led both the German national team and Bayern Munich to success. Klinsmann could change Atlanta’s focus of signing South American players into signing some European talent and promote academy players as well. We are yet to see Klinsmann manage in the MLS so this could be Klinsmann’s chance by proveing he is capable of bringing this Atlanta side back to life.

Fonseca is a familiar name to those who follow Serie A, managing Roma from 2019 until he decided to leave the club last season. He has been spotted in Atlanta recently and has been rumored to have turned down the offer. But there could be a chance of Atlanta coming back with another offer. Fonseca could be an interesting signing. With connections in Italy, Ukraine and Portugal, he might bring in some European talent into the squad.

Sánchez has a BA in Sports Management from the University of Tampa. He covers Liga MX and Mexican soccer for L.A. Soccer Press.