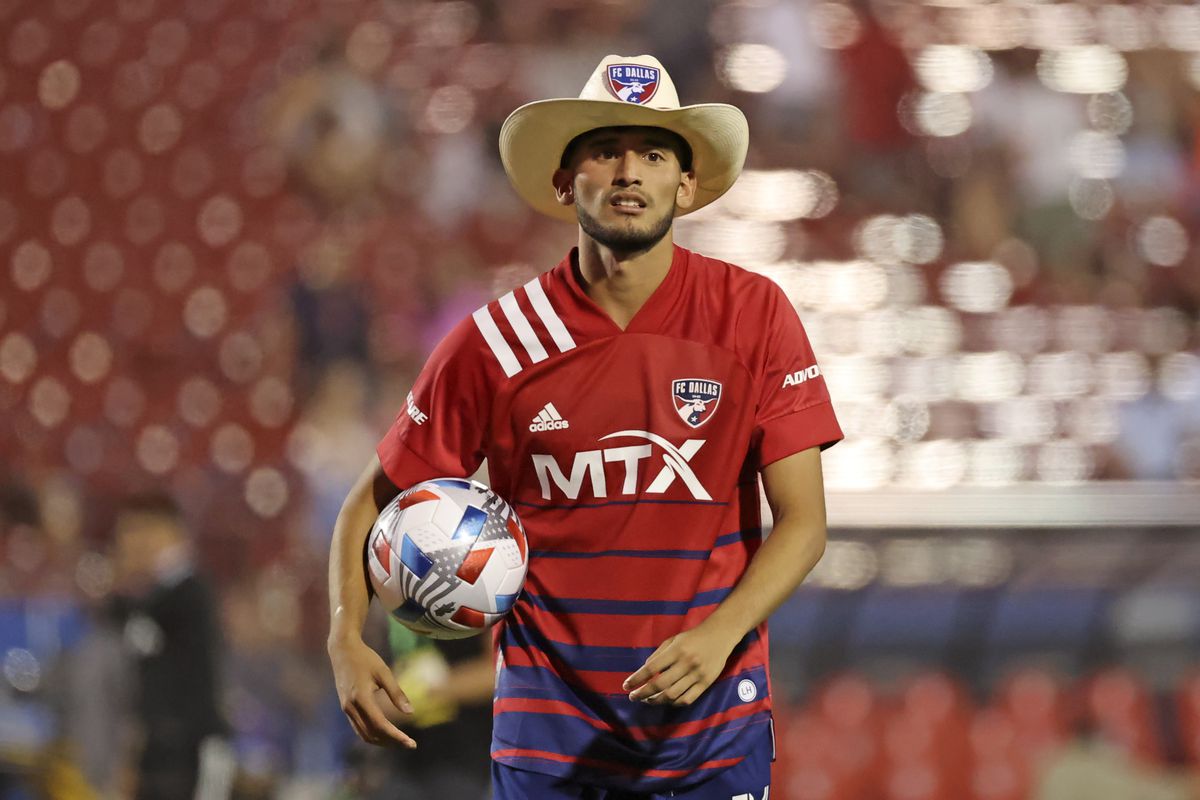 At the age of 18, Ricardo Pepi seems destined to one day break the MLS transfer record. This a lofty goal, but the evidence indicates he may very well be in a perfect position to do so.

The FC Dallas forward has scored some impressive goals in pivotal matches and is developing into a complete forward. On July 25, Pepi completed a stunning hat trick to lead FC Dallas to a 4-0 victory over LA Galaxy. This outstanding performance led to him being named MLS Player of the Week. The day was earmarked as special since it marked the one-year anniversary of his grandfather’s death. He fittingly dedicated his three goals to his late grandfather.

Ricardo Pepi’s family has always held FC Dallas in high regard. Pepi’s father sent him to the FC Dallas Academy at the age of 13 as he believed in the club’s excellent reputation for developing young talent. Notable talented players such as Weston McKinnie, Juventus midfielder, started his career as a young player at FC Dallas which placed the academy in the spotlight. In the last couple of years, Justin Che and Roma’s Bryan Reynolds are breakout stars who also attended the academy and cemented themselves as talented players.

Pepi believes FC Dallas’s success with youngsters stems from the structure of the professional environment they create. In an interview with OneGoal.Us, Pepi spoke about what makes FC Dallas’s academy so special.

“I think one of the most important things is how they treat players and put them into a professional environment,” Pepi said. “I think if you go around any other Academy in the US or maybe around the world, I don’t think they’re as professional as FC Dallas. Once they [a player] are 13, 14, 15, years old they [FC Dallas] are already starting to treat them like they are professionals.”

This admirable belief that Ricardo Pepi’s family has in FC Dallas’s academy has paid dividends. Pepi quickly developed into a prodigious talent in the Development Academy. His outperformance against players who were often older than him garnered the attention of the club.

FC Dallas signed Pepi to a four year contract with North Texas SC, the reserve team of the MLS club. In his first professional season, Pepi excelled in the USL League One. He recorded a remarkable hattrick in his first professional match and 11 goals in total across the season. His exceptional form helped lead the club to the playoffs. Pepi believes this transition to professional football assisted him in becoming a more well rounded player.

This meteoric rise resulted in a call-up to FC Dallas’s first team in June 2019. Within a few weeks he was offered a homegrown contract and he quickly cemented his place in the first team.

It was during the 2020 season that everything changed for Pepi. He displayed his incisive movement off the ball in the final third and showcased his potential to become a complete center forward. There was a surreal composure in his play. His intricate link-up play underscored a sense of efficiency to create chances for others and himself in attacking chances. In nineteen appearances, he recorded three goals and demonstrated glimpses of brilliance.

In 2021, Pepi seems to be eclipsing the tag of highly touted prospect. He looks like a star.

As a dual-national born to Mexican parents, the U.S Men’s National team and the Mexico National team have been grappling for Pepi’s allegiance. Both nations believe he could rise to superstardom on the international stage. At club level, Juventus and other clubs in Europe have signaled their interest in an attempt to lure the young star from FC Dallas. It’s no surprise that FC Dallas have now signed Pepi to a five-year contract extension in an effort to retain him.

Pepi’s rapid rise could be the beginning of a journey into becoming a natural superstar.