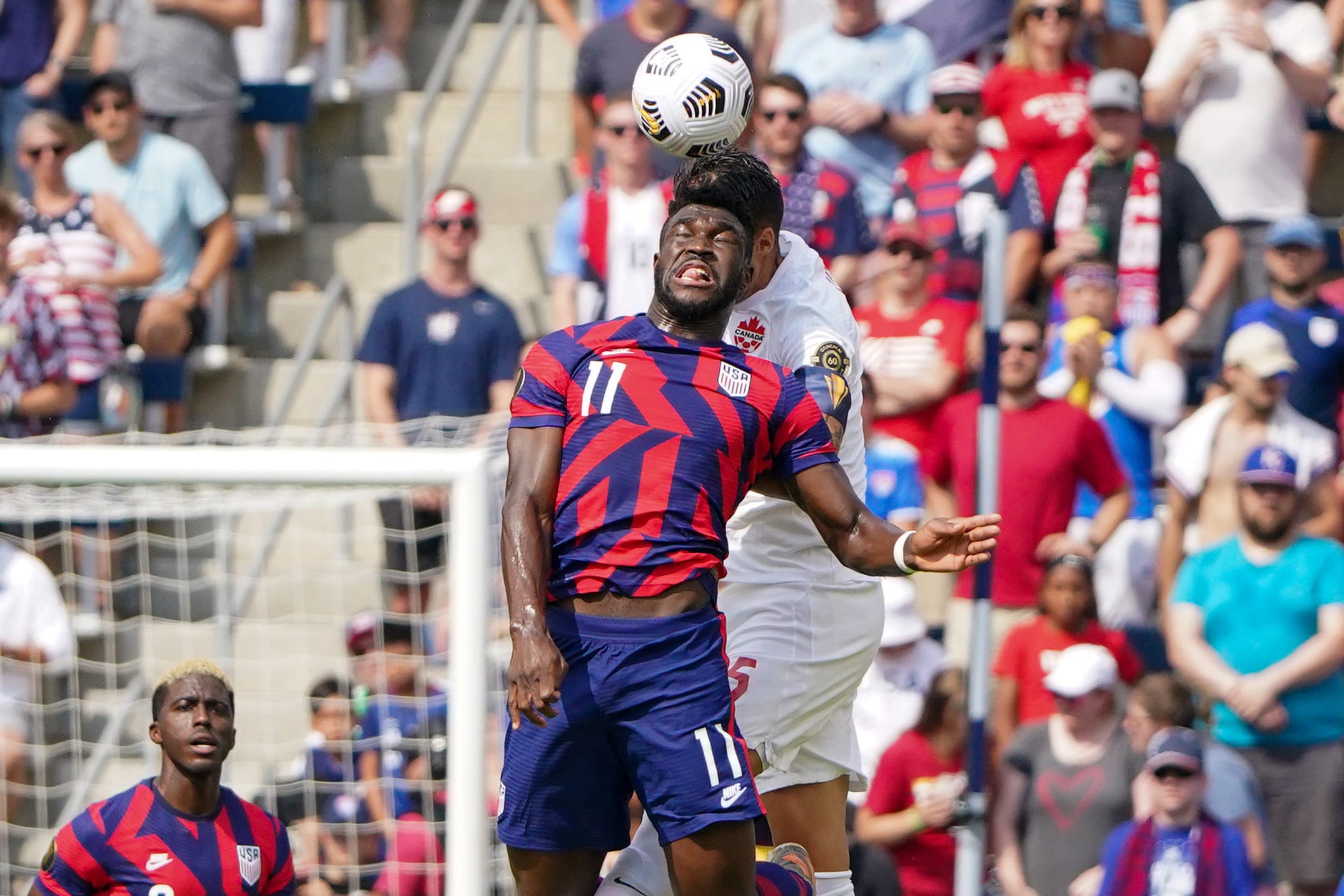 New Faces Have Stepped In As The U.S. Looks Toward A Deep Knockout Round Run

There were some doubts prior to the tournament as the US fielded what is believed to be a “B” squad. New faces have been stepping as the U.S. looks toward a deep knockout round run. Gregg Berhalter rotated his squad throughout the three games giving younger players a shot.

The USMNT kicked off with a comfortable all be it boring 1-0 win over Haiti in game one. The U.S. controlled possession with 63 percent but lacked shots in the final third. The winner was scored by Colorado Rapids fullback Sam Vines in the eighth minute.

Following the match against Haiti the US put in a strong showing against Martinique. While it was expected the U.S. would beat the French overseas territory the team looked comfortable on the ball and in the final third. The U.S. registered 22 shots and had 65-percent possession. Daryl Dike was the star of the show as he picked up a brace in the 6-1 thumping.

The real test would come in the final game against Canada. While the U.S. was vastly outperformed by Canada in the game, they still managed a way to win 1-0. Fullback Shaq Moore picked up the game-winner 40 seconds after kickoff.

If you were looking for a negative take away from the group stages, you could look at the Canada game as one. Canada managed 14 shots to the U.S.’s six while Canada also had 55 percent possession. Despite the win there are concerns as the quality of opponent will increase. The side of the bracket is favorable but regardless the US will have to play some solid teams.

For the quarterfinal on Sunday, July 25, the U.S. will play Jamaica who finished runner-up in group C. The U.S. handily beat Jamaica 4-1 in a friendly in March. While that win was a strong one, only two of the players from that match feature in the Gold Cup squad. The match will be played in Dallas, TX, and it is expected to draw a large crowd.

Should the U.S. knock off Jamaica they will get the winner of the Qatar-El Salvador game. While El Salvador is your average CONCACAF squad, Qatar is a rather interesting one. The 2022 World Cup hosts won the Asian Cup in 2019 and look to keep making noise at this Gold Cup prior to hosting the World Cup. The entire roster currently plays in the Qatari first division.

While the performance against Canada left some to be desired by and large the USMNT looked good in the group stages, and they now look forward to the knockout stages.

This tournament continues to be a good test for this young US “B” team as Gregg Berhalter and prepare for World Cup qualifiers in September.