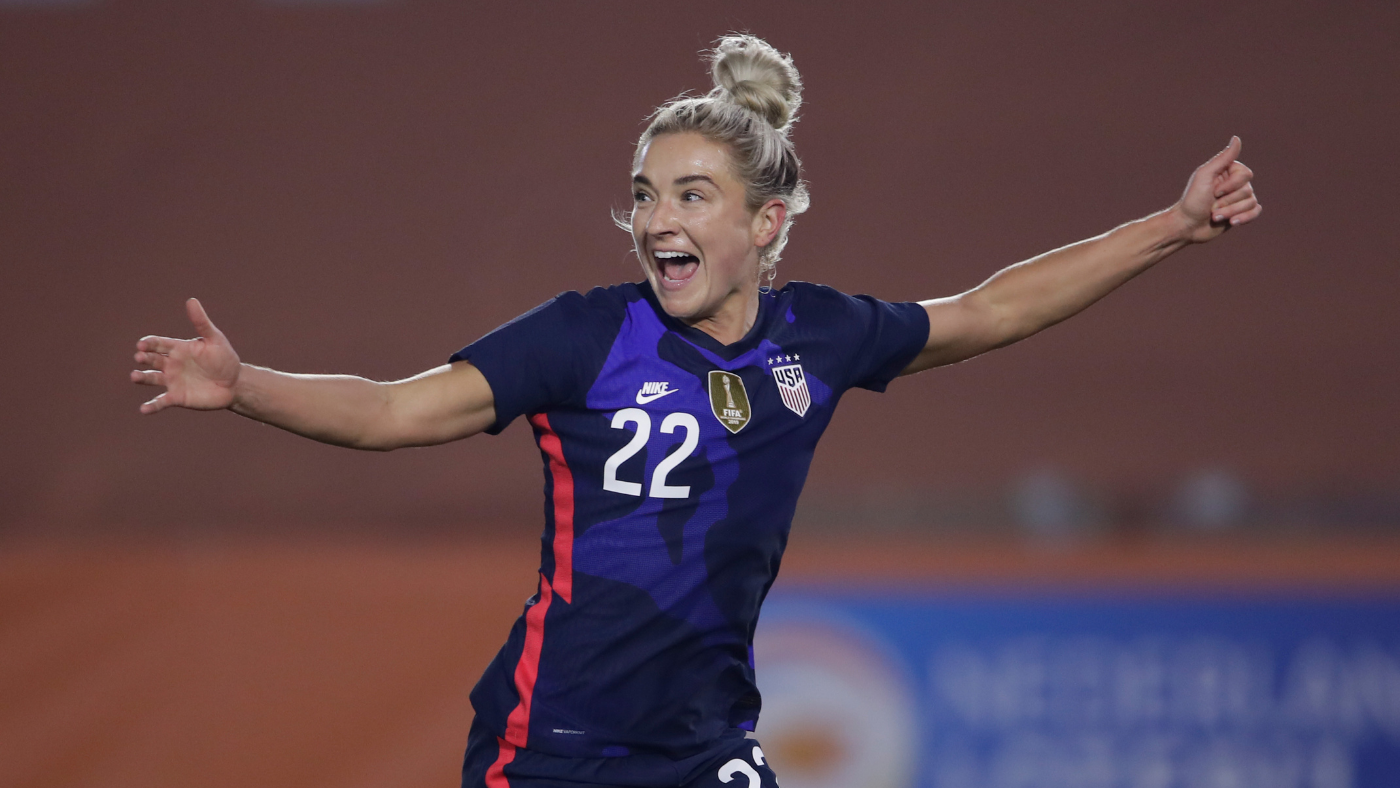 As far as we know, the Olympics are still on for this summer. Some players are raising their stock, but their inclusion could mean that some veterans get left off the roster. Long story short, nobody is envious of the decisions that Vlatko Andonovski will have to make soon.

Here are my three takeaways from the SheBelieves Cup:

The Right Side Of The Backline Is Still Up For Grabs

Crystal Dunn and Becky Sauerbrunn are locks to start in the defense, but the other two positions are pretty open. The second center-back spot will come down to Tierna Davidson or Abby Dahlkemper. It’s a tough decision, both players are terrific at the position and I’m not sure that Vlatko can go wrong with either choice.

Dahlkemper led the USWNT in minutes played in 2019 and 2020, and she was a huge part of the 2019 World Cup victory. Dahlkemper has the experience edge over Davidson, and her ability to deliver crosses is next level.

Davidson, though, reminds me a lot of Becky Sauerbrunn; she’s calm and poised on the ball. The downfall with the Stanford alum is that she has struggled a lot with injuries recently. So keeping her healthy will be key leading up to this summer.

The right-back position is the most intriguing. If Kelley O’Hara is healthy, then the job is hers, but like Davidson, O’Hara has struggled to stay healthy. O’Hara was able to play 30 minutes in the game against Argentina on Wednesday, so she looks to be on the up. If she can start to play consistently for club and country, I don’t see her not starting at right-back.

If O’Hara doesn’t stay healthy, who is the best option? In my opinion, Casey Krueger should still have a chance to make the roster. She’s proven herself to be consistent in both her club and country play. She got the start against Argentina on Wednesday and played well. Her attacking ability might not be as good compared to someone like Midge Purce, but she can get into the attack and contribute.

If there is one player who has used every minute on the field to stake her claim at a roster spot, it’s Kristie Mewis.

Mewis has played lights out, appearing in all five of the national team’s matches since November of 2020. Against Argentina, she made her first start since 2014. She also tallied a

goal and an assist in Wednesday’s game. The goal was her third in six games since rejoining the USWNT.

Her NWSL play has been terrific as well; she has helped to turn around the Houston Dash organization and make them championship contenders.

Will she earn a starting spot in a jam-packed midfield? No, on any other team, probably so, but the U.S. is extremely deep at the midfield position. But when called upon, Mewis can come up big and be a super-sub of sorts.

Sure, Mewis just turned 30, and ushering in the next generation of young players is important, but if it comes down to Kristie or a younger player, I think Mewis has done everything to earn a spot.

The Attack Starts To Come Alive Against Argentina

The attacking half of play wasn’t great in the games against Canada and Brazil. In the first two matches, the decision-making in the final third didn’t look all that sharp. That changed against Argentina.

The flood gates opened on Argentina, with the USWNT putting six in the net. Carli Lloyd, Kristie Mewis, Christen Press, and Alex Morgan all added one goal, while Megan Rapinoe tallied a brace. Morgan’s goal was her first since returning to the team after the birth of her daughter, Charlie.

Against Argentina, the U.S. created chances and looked to have gotten their edge back. They moved as a team and were able to break down Argentina with crafted passes and smart decision-making.

Figuring out the right combination of players up top will be a difficult task. What happens when Tobin Heath returns from injury? Andonovski likes what Lynn Williams can do, but will he take her over a veteran?

Right now, Megan Rapinoe and Christen Press look like locks to head to Tokyo, but past them, it’s hard to tell. Williams brings another level of speed, Lloyd thrives on big stages, and we know Morgan will score goals.

The USWNT will take the field again in April as the road to Tokyo continues.

Toney holds a BA in Journalism from Virginia Tech University. She is Managing Editor of L.A. Soccer Press.