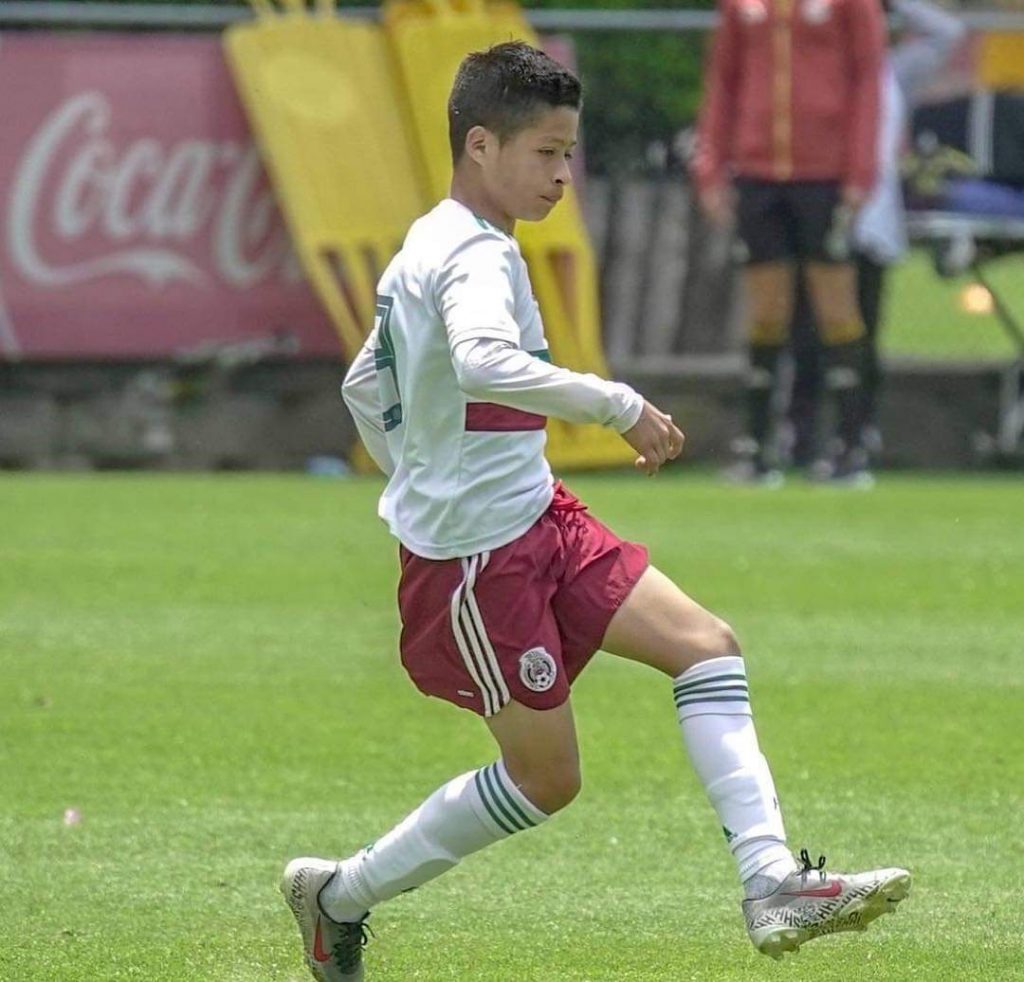 Alex Alcala hears the comparison but he doesn’t see the same thing.

Born in Mexico and raised in Stockton, CA, Alcala was announced as L.A. Galaxy II’s newest signing on Tuesday, Feb. 16, but his professional trajectory will not stop there.

“It’s cool being compared to him – but that’s Messi, you know?” Alcala said. “Right now, I’m just trying to be me.”

Just 15 years old, Alcala’s already been dubbed “Mexican Messi” or “Stockton Messi” on YouTube and Reddit, and has more than 1,300 followers on Twitter. His training videos are viral sensations.

He understands where the names come from – he’s 5-foot-4 and a wizard-like attacking midfielder – but said that he prefers to pattern his style of play after Brazilian legend Ronaldo de Assis Moreira, better known as Ronaldinho.

“The way (Ronaldinho) dribbled. The goals that he scored. It’s flashy and super complicated but he made it look so easy,” Alcala said. “I like Neymar, I like dribblers. Messi, too.”

Alcala was in Stockton before he knew much about his surroundings. Soon there was a ball at his feet and it wasn’t too much longer that he was training locally with Magnitude Football Academy.

It has been at Magnitude Football Academy, or MAFO Stockton, that Alcala has built a skill set against older and stronger players.

“MAFO has helped with those individual 1v1 training sessions, and taught me what to do when I’m by myself, which is important when you’re a pro,” Alcala said. “With the pandemic I’ve been able to train three times a day instead of just two.”

A maestro on the ball from the onset, Alcala’s moves have garnered him the attention of professional scouts from across the globe.

One club in particular, Manchester City Football Club, has taken a significant interest. In fact, there is an agreement in place for Alcala to move to the club and sign a long-term contract upon his 18th birthday.

“The project that they set up for me – and what interested me a lot – was the Galaxy coaching staff and Dennis (te Kloese),” Alcala said. “They really like how I play so hopefully I get to play with the first team and Greg Vanney will get to coach me, which is the plan.”

If the plan holds, he’ll go from playing under Vanney to learning from Pep Guardiola and playing alongside Phil Foden in a little more than two years.

“That’s where I should be – with Manchester City,” Alcala said. “It’s pretty big. I usually tell myself to chill and hopefully everything pans out.”

For now, his focus is on growing as a player and a person with L.A. Galaxy II and working hard to get into the L.A. Galaxy first team by the end of next season.

“I still have to work hard. I have to make the roster for Galaxy II and then hopefully the first team so that when I get to (Manchester) I can play for the first team at Man City, like with no doubt,” Alcala said.

Lastly, his international status is on the table and he’s not shy about sharing his opinion ahead of the FIFA Under-17 World Cup.

“Whoever calls me up (and) gives me the chance to play,” he said.

In other words, Alcala sees and hears fine. He just prefers to let his play do his talking.