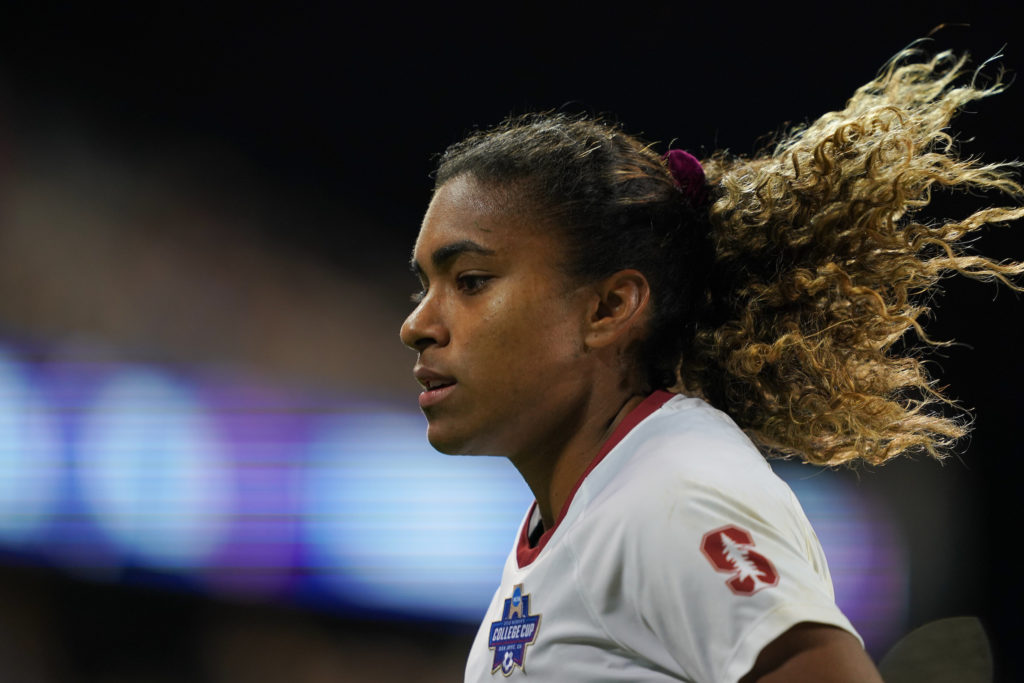 Macario gained her U.S. citizenship on Oct. 8 and proceeded to ask FIFA for an eligibility change. FIFA recently waived the five-year waiting period for minors began from the age of when they moved to the adopted country rather than the athlete’s 18th birthday, helping expedite the process.

A native of São Luís, Brazil, Macario moved to the United States with her brother and father in search of opportunities. Her mother, a doctor, stayed in Brazil to help support the family.

Macario played for the San Diego Surf (2012-17) and soon became one of the top players in Southern California. She was the all-time ECNL top scorer with 165 career goals during her high school and club career. She broke her high school record for most goals scored with 34 in 23 appearances. She was also a three-time youth NSCAA All-American (2014-16) and made appearances on the U14 and U15 national team camps.

Macario has continued to add to her long list of accolades during her time with the Stanford Cardinals. She made three College Cup appearances and became a two-time NCAA Champion (2017, 2019), a three-time Pac-12 Champion (2017-19). a two-time MAC Hermann Trophy winner (2018-19) and a three-time ESPNW Player of the Year (2017-19) recipient. She also played with the U-23 national team and has twice been called to the U.S. Women’s National Team camp.

Macario will not be returning with the Cardinals for her senior season, deciding to begin her professional career in France. Before the NWSL draft and her approval, Macario signed a two-and-a-half-year contract with Olympique Lyonnais. It was an opportunity that Macario felt she needed in order to improve as an athlete, but she told her followers on social media that she hopes to find herself back and suiting up for the USWNT one day soon.

The announcement was a huge blow to the U.S. Women’s National Team after losing six players to short-term contracts overseas. However, Macario was able to represent the U.S. during the friendlies against Columbia and in her second match with the team on Jan 22 she scored three minutes into play and the USWNT got a 6-0 win.

Macario has since been announced on the 23-player tournament roster for the SheBelieves Cup to represent the United States. She is expected to arrive at training camp on Monday, Feb. 8.