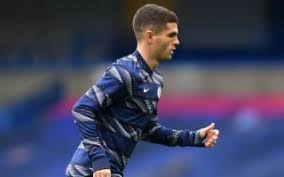 Chelsea signed Christian Pulisic from Borussia Dortmund during the January 2019 winter transfer window. At the time, it looked as if it was a like-for-like replacement for Eden Hazard.

Unable to immediately play for Chelsea because of the club’s transfer ban, Pulisic had to wait to show off his most significant strengths – his pace, agility and slick dribbling skills – in the Premier League until the 2019/20 season.

The Hershey, PA, native did not have a spectacular start at Chelsea, however, struggling for the club until gradually gaining form and making himself a regular in the lineup just in time for the Premier League to suspend its schedule because of the Covid-19 pandemic.

Pulisic, 22, was ready when games resumed in June and had nine goals and four assists by his 25th Premier League appearance, convincing Chelsea management that the winger was indeed an excellent replacement for Hazard, who had departed for Real Madrid.

The club invested heavily in strengthening its squad during the next transfer window, signing Timo Werner, Hakim Ziyech and Kai Havertz, among others, and set up to play in a 4-2-3-1 formation where Pulisic can dribble past opposition fullbacks and create problems in the box, while high-quality players like Werner, Havertz, and Ziyech are threats to receive the ball in space.

Havertz and Ziyech have the quality to exploit Pulisic’s passes in small pockets, and the American captain also can link up effectively with attacking left back Ben Chilwell on the flank, much like he had with Raphael Guerreiro in his time at Dortmund.

Chelsea manager Frank Lampard likes his side to keep possession of the ball. This strategy suits Pulisic but opponents increasingly refused to allow him any space on Chelsea’s left wing and his scoring and assisting load has significantly decreased this season with better quality players around him. To wit, many of his new teammates were named the best players of their respective previous clubs – Werner for Leipzig, Ziyech for Ajax, and Havertz for Leverkusen – last season.

In order to reach the level of Hazard, who had 16 goals and 15 assists in his last season at Chelsea, it’s up to Pulisic to push himself to continue to connect with a prolific scorer like Werner and effective playmakers like Havertz and Ziyech.

And it’s up to Chelsea to find ways to continue groom Pulisic’s potential and showcase his talent, as it did with Hazard.

If successful, the results will be easy to like.